In his July 3 speech at Mount Rushmore, President Donald Trump accused progressives and Black Lives Matter activists of waging “a merciless campaign to wipe out our history.” In typical Trumpian fashion, he turned the truth upside-down. In fact, the U.S., and our school systems in particular, have consistently and aggressively erased big chunks of our history – our racist history, to be exact.

This matters. If more Americans knew and understood this nation’s long, often bloody, racist history, we might be a different, fairer, safer country right now. I didn’t learn that history in school, at least not very much of it, so I’ve been playing catch-up my whole adult life.

I should add that I was not raised in the Jim Crow South. My K-12 education took place in southern California, in middle class, overwhelmingly white, suburban public schools outside of Los Angeles – neighborhoods that thought of themselves as tolerant and reasonably sophisticated. I have no reason to think my education was unusual; it was likely typical of what U.S. students experienced in the sixties and early seventies. I don’t think about it all that much, but now the president’s tirade has inspired me to collect a few of the significant facts I was never taught. This list omits some important ones – I’m sticking to major pieces of America’s racist history that I specifically remember learning about as an adult and thinking, “What the…?”

I did not learn about redlining, much less that the U.S. government actively promoted it. I did not learn about the many other ways that government at all levels used zoning, highway construction and other tactics to isolate and separate Black and other nonwhite residents from Whites and keep them locked into less desirable neighborhoods with more pollution and lower property values. If you don’t know this history, consider reading Richard Rothstein’s excellent “The Color of Law.”

“If more Americans knew and understood this nation’s long, often bloody, racist history, we might be a different, fairer, safer country right now.”

While I did learn about the existence of slavery, I didn’t learn about its vast extent and cruelty. Similarly, I learned that lynching happened but not that it was a weapon of racial terror consciously used to keep Black people subservient and afraid.

I did not learn that travel was so difficult for Black Americans that they had to develop their own guidebook, “The Negro Motorist Green-Book,” to know where they could safely eat or sleep as they drove across the “land of the free.”

I did not learn about the Chinese Exclusion Act, the U.S.’s first major immigration restriction. In fact, I learned almost nothing about the racist history of our immigration laws, including the fact that many of them were based on crudely biased “intelligence tests” and eugenics theory – ideas that were enthusiastically copied by a fellow I did learn a bit about, Adolf Hitler. For more on that history, read “Not Fit for Our Society,” by Peter Schrag.

I did not learn that a few years before I was born the U.S. government actually conducted an anti-immigrant action called “Operation Wetback.”

I learned a bit about California’s native peoples, but not a whisper about how White settlers nearly exterminated them in a campaign that, as author Benjamin Madley has documented, fits the legal definition of genocide. Similarly, I learned about Father Junipero Serra and his California missions, but not that they were effectively slave-labor camps in which a great many died.

In recent years, some people have tried to set the record straight, to include an honest telling of this country’s racist history rather than the whitewashed version so many of us learned. When the man who is arguably our most racist president since Woodrow Wilson (something else I didn’t learn about) complains of people “wiping out our history,” he’s actually complaining about the truth-tellers.

‘Property More Valuable Than Human Life’: No Charges Against [...] 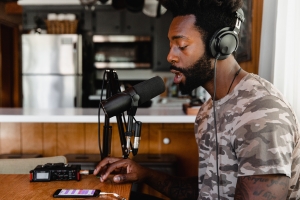