In May, I wrote about our major legislative priorities for 2019 and how we focused on making equity real in our communities. October 13 was officially the last day of the legislative session, so today I’m writing to provide an update on Greenlining’s progress and reflect on our accomplishments over the past year.

To be honest, sometimes policy work feels like a slog, with progress that's slow, incremental and hard to quantify. Happily, this is not one of those times. I’m pleased to report that our advocacy for our legislative priorities was very successful this year, with hard-fought victories across Greenlining’s issue areas:

A Few of our 2019 Legislative Highlights:

We significantly increased protections for workers in the “gig economy”: AB 5, authored by Assemblymember Lorena Gonzalez, codifies a 2018 California Supreme Court ruling that designates a simple test to determine when a worker should be classified as an employee with rights to a minimum wage and other benefits and protections. This legislation will impact many companies that rely on this gig economy model, such as Uber, Lyft, DoorDash, and more.  These companies have exploited their gig workers’ labor for years. AB 5 can improve job quality for these workers, many of whom are low-income, and people of color are more susceptible to these kinds of unfair labor practices. 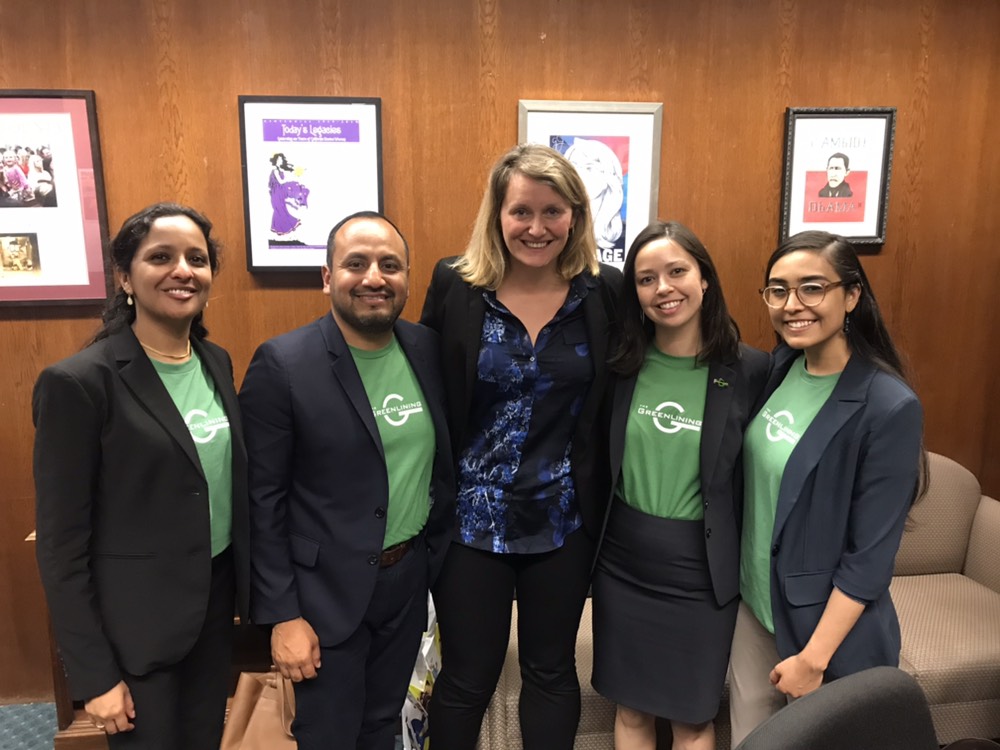 We helped keep already vulnerable communities from falling further into a cycle of poverty: One of the top legislative priorities of our Economic Equity team, AB 539, introduced by Assemblymember Monique Limón, caps interest rates on consumer loans between $2,500 and $10,000. Interest rates will no longer be able to exceed 36 percent, potentially saving consumers hundreds, maybe even thousands, of dollars. AB 539 is just one part of the solution to opening up financial opportunity to communities that have been existing financially on the margins, and California must lead the way in working to #stopthedebttrap. 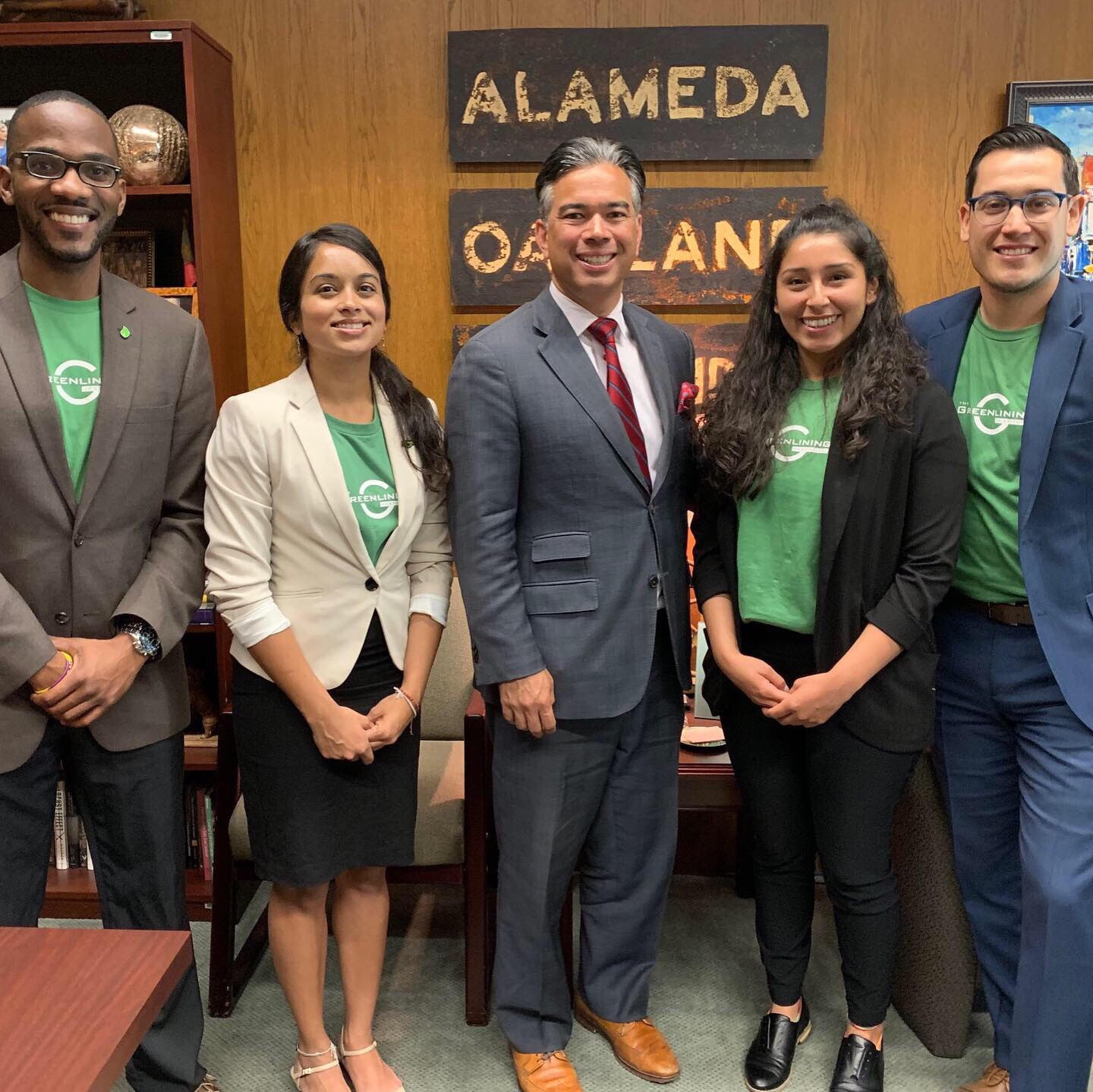 We held the hospital industry accountable for ensuring diversity in its outside contracting: For Greenlining, making equity real has always included opening up opportunities for small, diverse-owned businesses. Assemblymember Autumn Burke’s AB 962 will drive hundreds of millions of dollars to diverse businesses across the state by leveraging a proven formula -- requiring hospitals to report their supplier diversity. In 2016, hospitals contributed over $230 billion to the state’s economy. This bill will leverage hospitals’ economic footprint by promoting partnerships with diverse businesses owned by people of color, women, LGBT people, and disabled veterans. Furthermore, this bill established a Hospital Diversity Commission through the Office of Statewide Health Planning and Development, which will provide guidance and technical assistance to hospitals seeking to establish and grow their supplier diversity.

We re-established successful diversity standards in the state’s growing insurance sector: SB 534, authored by Sen. Steven Bradford, reinstated the Department of Insurance’s supplier diversity reporting requirements, initially enacted through AB 54 in 2012. Since 2012, the largest insurers in the state have increased capital and contracts to diverse businesses by over $1 billion. Furthermore, this bill established governing board diversity reporting requirements for insurers and institutionalized the Department’s Diversity Task Force, which ensures the Department will continue advancing diversity, equity, and inclusion across the largest insurance marketplace in the nation.

We successfully fought to ensure that communities of color have access to high-speed, affordable broadband by defeating AB 1366. Most of our legislative priorities involved trying to pass positive measures aimed at making equity real, but we joined with other consumer advocates to fight  broadband providers’ attempt to permanently eliminate the ability of state agencies or local governments to regulate broadband (i.e. internet services). Stopping AB1366 was a huge win for communities of color, which typically have less access to affordable internet than their white counterparts, and when they do have access, internet speeds and service quality are typically inferior. Our defeat of AB 1366, coupled with California’s passing the strongest net neutrality protections in the country last year, dealt a pretty decisive blow to the communications industry—so much so that AT&T’s chief California lobbyist announced his retirement. 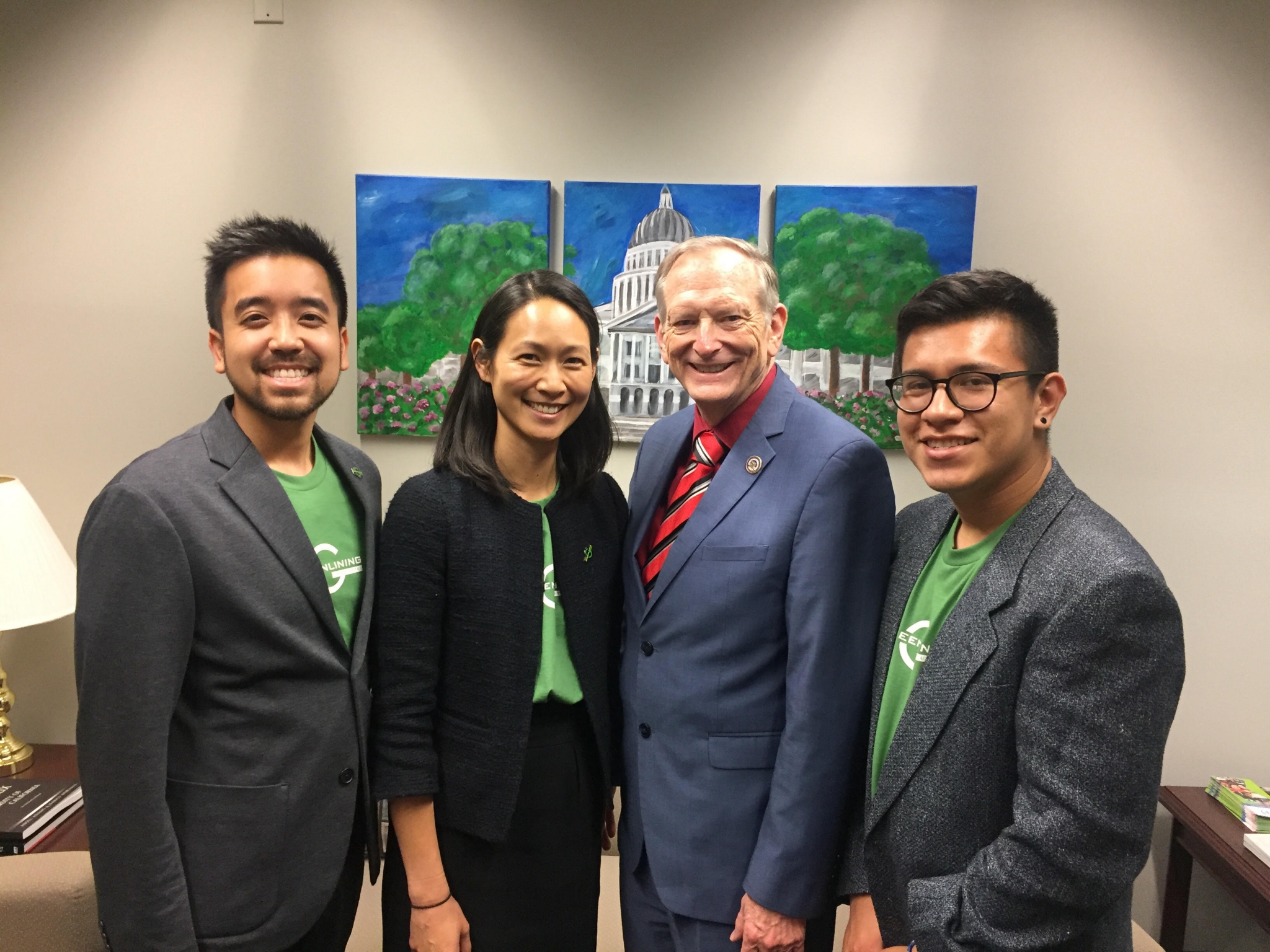 We protected renters from drastic rent increases: AB 1482, introduced by Assemblymember David Chiu, will protect renters from unfair rent increases, making it illegal for landlords to raise rents more than five percent plus inflation per year. It also prohibits landlords from evicting tenants without a just cause.

We got California to take action when the Federal Communications Commission would not: Robocalls are automated phone calls, often used by scammers who disguise their call to appear to be from official organizations like the IRS or local police. Such calls frequently target communities of color and seniors. SB 208, authored by Sen. Ben Hueso, requires phone providers to implement technology that prevents scammers from disguising their identities. 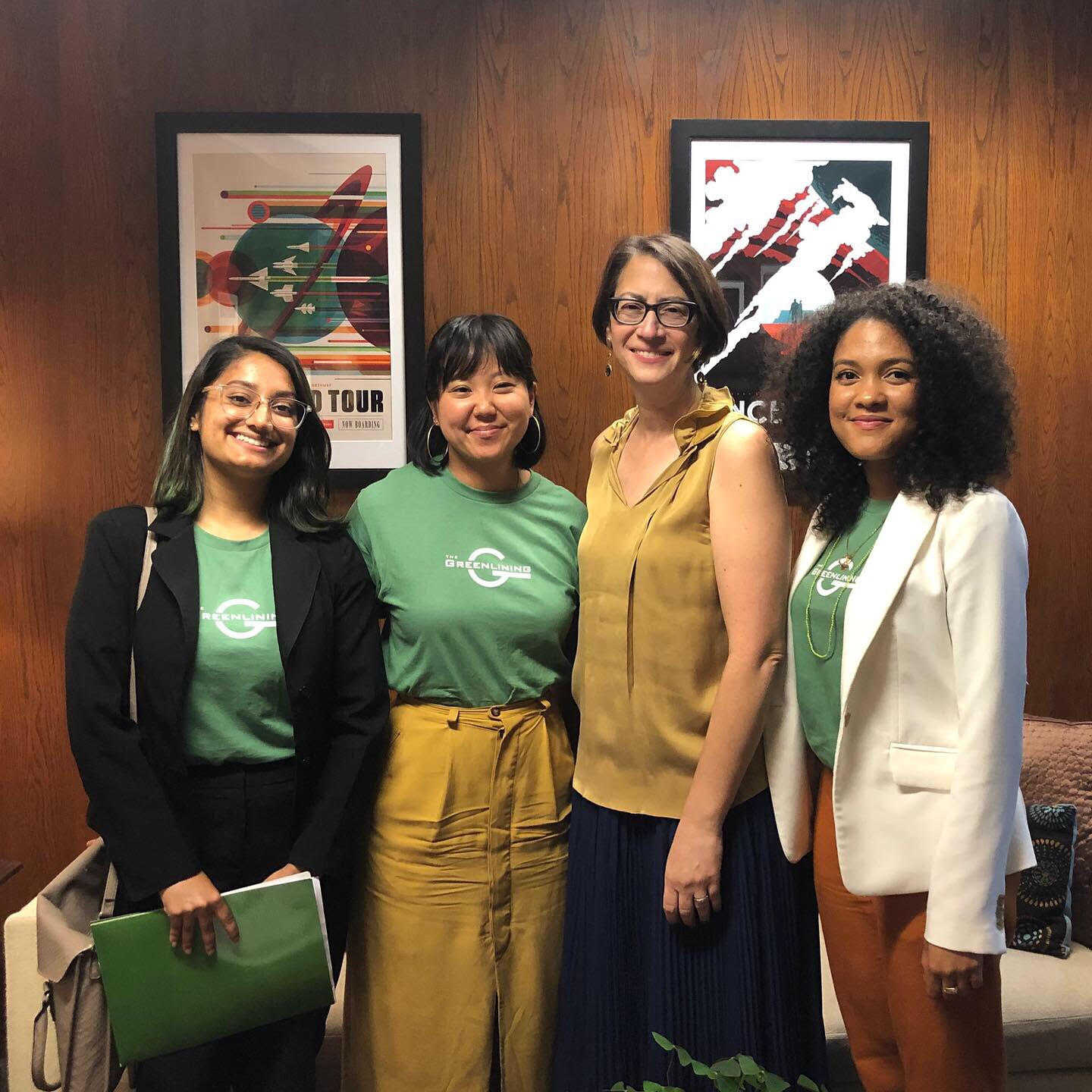 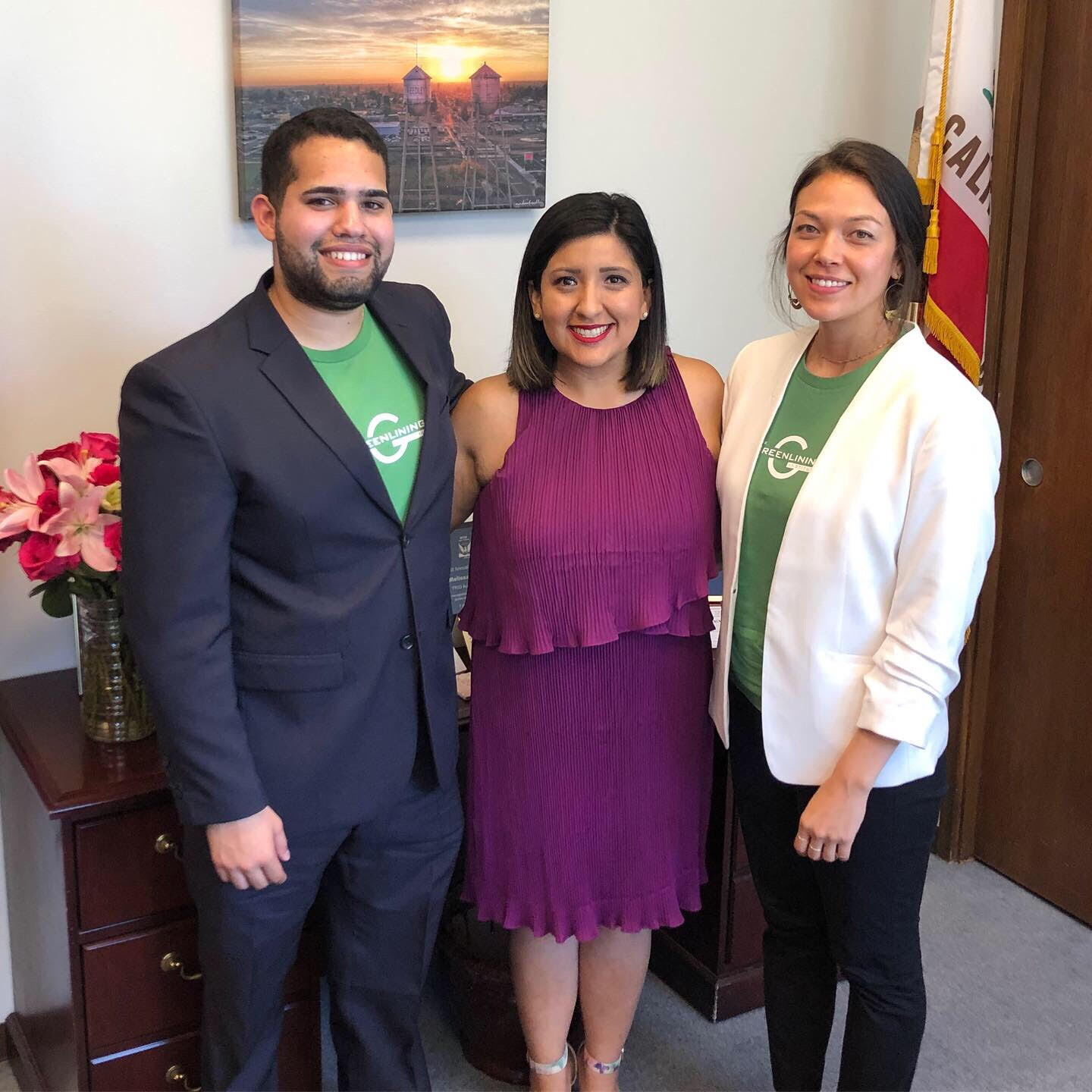 We made it easier for the communities most affected by pollution to access clean transportation: Access to clean transportation for our communities has been among Greenlining’s legislative priorities for years. Sen. Tom Umberg’s SB 400 moves that agenda another step forward by lowering the cost of electric bikes and bike share programs for low-income people and people living in polluted areas. The bill gives Clean Cars 4 All participants the option of receiving vouchers up to $7,500 towards purchasing an electric bike or using a bike share program. Previously, California’s Clean Cars 4 All program only provided low-income and disadvantaged communities vouchers solely for clean vehicles in exchange for gas vehicles.

Finally, any update on legislative victories for communities of color wouldn’t be complete unless we acknowledged the hard work of the California Immigrant Youth Justice Alliance. CIYJA scored an enormous victory with the passage of AB 32, which eliminates for-profit prisons in California. It’s hard to imagine a more step toward making equity real than taking the profit out of mass incarceration.

As the saying goes, you can’t win them all, and we didn’t win everything—for example, the Governor vetoed Sen. Bradford’s SB 704, which would have increased enrollment in California’s LifeLine program, which provides low-cost telephone service to low-income households. This outcome was disappointing, but The Greenlining Institute will continue to work in Sacramento and at the California Public Utilities Commission to ensure that households of color have access to affordable, reliable service. 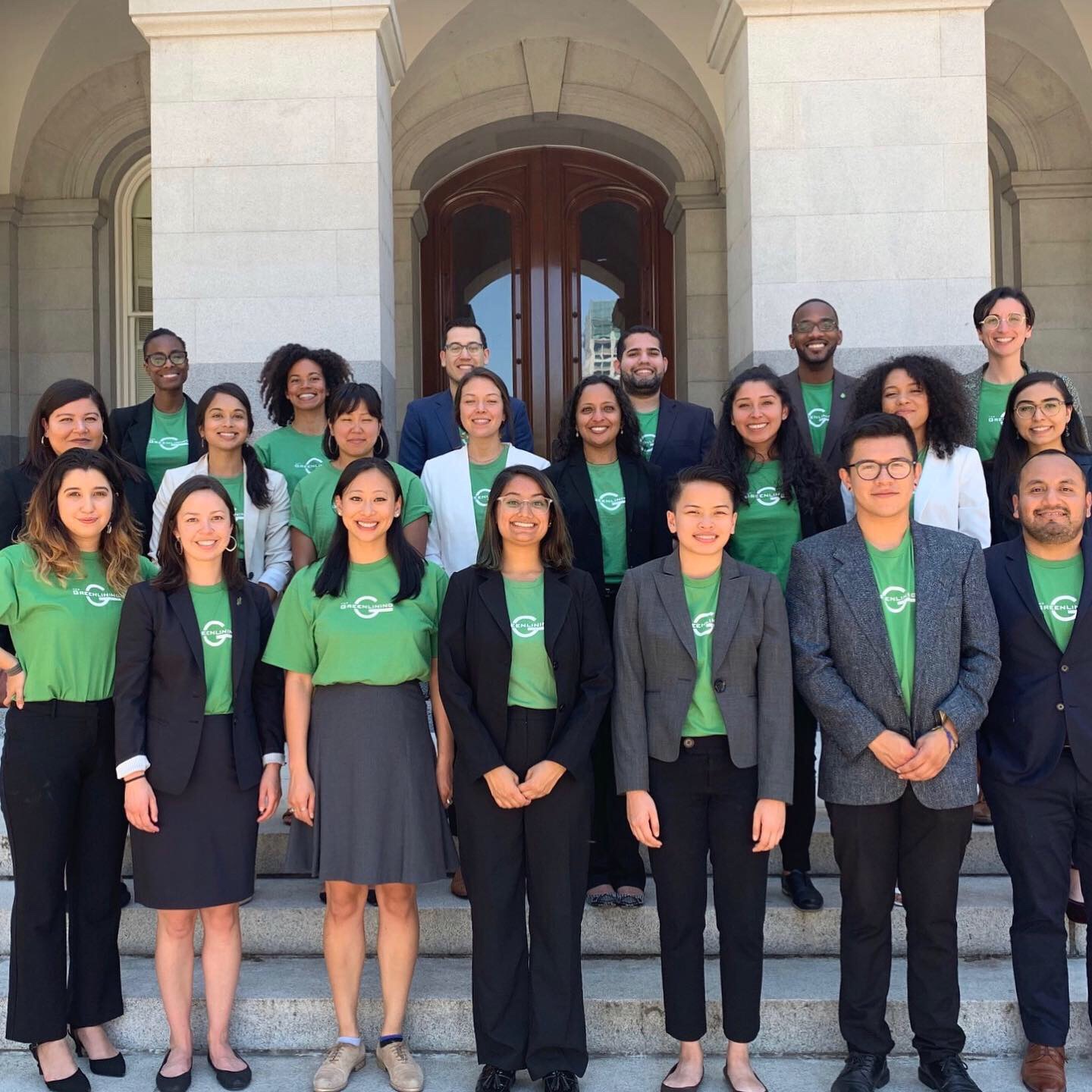 Of course, the fight is never over, and companies are already gearing up to try to reverse the progress we’ve made. Uber has already stated that it does not plan to comply with AB 5.  Additionally, the fight over AB 1366 is likely to continue—we expect the broadband industry to try to resurrect it next year. However, I’m not especially concerned. Looking over this year’s victories for our legislative priorities, it’s clear that the Legislature and the Governor are responsive to the most pressing needs of communities of color, and I expect that to continue.

However, next year’s legislative session will be here before we know it, so in addition to celebrating this year’s victories, we’re also gearing up to push for next year’s priorities. Next year, like every year, we’ll continue to push for strong, meaningful legislation focused on making equity real for communities of color.  Keep your eyes on this space, because we’ll be discussing next year’s agenda in future blog posts.

The Many Reasons to Impeach Trump