From a dowdy provincial city in the 1980s, Philadelphia has become a world-class urban center through gentrification – primarily through landmark architecture that now sets the city center and University City, apart.

“Over 50, and retirees, are moving back from the suburbs where they raised their children into Center City and the Italian Market where I have lived since 1980,” stated Dr. Margaret J. King, the director of The Center for Cultural Studies & Analysis in Philadelphia.

“Of course, gentrification brings money into the city, while it also drives up home prices – some houses have multiplied their asking prices 15 times over 40 years,” King noted.

“Housing is being restored and renovated, making more of the city habitable and in fact desirable. Now the suburbs have flipped into a working-class magnet as well as a market for Millennials who can’t afford center-city prices yet,” King stated.

Gentrification isn’t just an issue in Philadelphia – not by a long shot.

According to a March 2019 study by the National Community Reinvestment Coalition (NCRC), more than 135,000 Black and Hispanics around the nation were displaced between 2000 and 2012.

Gentrification and displacement of long-time residents were most intense from 2000 to 2013 in the nation’s biggest cities, and rare in most other places, according to the study.

During those years, gentrification was concentrated in larger cities with vibrant economies but also appeared in smaller cities where it often impacted areas with the most amenities near central business districts.

In Washington, D.C., 20,000 Black residents were displaced, and in Portland, Oregon, 13 percent of the Black community was displaced over the more than decade period that was studied.

According to the Merriam-Webster Dictionary, gentrification is defined as the process of repairing and rebuilding homes and businesses in a deteriorating area, such as an urban neighborhood, accompanied by an influx of middle-class or affluent people and that often results in the displacement of earlier, usually poorer residents.

“Gentrification is rich people deciding they want a specific neighborhood as their own, and they get municipal backing, pay some money, and get all of the poor people out of there,” stated Mark Love, a New York realtor.

Neighborhoods were considered to be eligible to gentrify if, in 2000, they were in the lower 40 percent of home values and family incomes in that metropolitan area.

During the study, researchers found that most low- to moderate-income neighborhoods did not gentrify or revitalize.

Instead, they remained impoverished, untouched by investments and building booms that occurred in major cities, and vulnerable to future gentrification and displacement.

“When a neighborhood gentrifies, the cost of living increases, and it’s harder for low-income families to find housing, and that’s one of the biggest downsides,” stated Melanie Musson, a writer for ExpertInsuranceReviews.com.

“In a city like Philadelphia, neighborhoods are part of your identity. If you grow up in a neighborhood, you often want to remain living there your whole life because it’s who you are,” Musson stated.

“Unfortunately, sometimes, after several generations living in the same zip code, the newest generation has to find housing elsewhere because it’s too expensive to live where their home has always been,” she said.

Bruce Mirken, the media relations director for the nonprofit public, policy, and advocacy organization, The Greenlining Institute, said he lives in San Francisco and works in Oakland – two cities that are ground zero for the gentrification crisis in California.

“We see the most obvious results among the very low-income, who increasingly cannot keep a roof over their heads, leading to a growing homeless population,” Mirken stated.

“And homelessness in California has a distinct racial dynamic, tracing back through a long history of redlining and discrimination: Black Californians represent about six and a half percent of our state’s population, but about 40 percent of its homeless,” he noted.

In New York, where many residents are still growing accustomed to the decades-long gentrification of Harlem, the Bronx has forever been known as the city’s most urban borough. That’s quickly changing due to gentrification.

In November 2019, officials announced a $950 million, 4.3 acre, multi-tower, and mixed-use development along the Mott Haven waterfront. More than 1,300 high-end apartments are among the upgrades that are certain to price many long-time residents out of the area.

“It seems like the community board, and Borough president isn’t looking out for the community,” Johnson stated.

For the NCRC study, Shekinah Mitchell, the Neighborhood Partnerships Manager for the Virginia Local Initiatives Support Corporation, noted that, as the former capital of the Confederacy, Richmond’s history is steeped in racial oppression, inequality, and injustice.

Mitchell noted that, in 2016, Richmond had similar numbers of Black and White residents. From 2000 to 2016, the Black population decreased by seven percent, while the White population increased by 35 percent.

“This shift has come to the East End like a racialized wave crashing onto the shores of the neighborhood in currents of physical, cultural, and economic displacement. The Black community is drowning as we watch our land and culture swallowed up, block by block with no reprieve in sight,” Mitchell wrote in the report.

“Gentrification in the East End of Richmond is manifesting as a process of re-segregation,” she stated. “In Richmond, gentrification is colonization.”

In Portland, Oregon, an essay that accompanied the NCRC study noted that city as the “Whitest city of its size in the United States.”

“Take a group of people who have been systematically denied wealth-building opportunities for generations, add low, stagnating incomes, throw in a subprime mortgage disaster, spiraling housing costs and wholesale community displacement, and you have a recipe for a severe economic backslide,” Cheryl Chandler-Roberts, executive director of Portland’s African American Alliance for Homeownership, said in the report.

“There is no African American community in Portland at this point,” Chandler-Roberts stated. 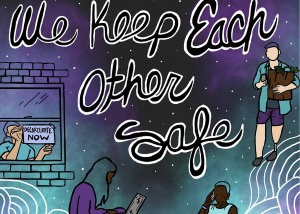