As COVID-19 wreaks havoc on a digital and educational divide that has already severely impacted African-American and other children of color, yet another situation on the horizon could further increase disparities by hindering access to crucial technological tools, according to experts.

Michael Russell, an instructor of information technology, security and forensics at the Pittsburgh Technical College, is among tech experts who say two pending cases before the ITC could seriously broaden the digital divide.

Two cases pending before the U.S. International Trade Commission (ITC) are being watched by educators and lawmakers who describe them as deeply troubling. Many big names in technology are under attack – including Amazon, Apple, Asus, Dell, HP, Lenovo, LG, Microsoft, Motorola, Samsung, and Sony – and tech experts say the outcomes of these cases are absolutely realistic threats to the ability to obtain certain mobile communication devices – an outcome that would increase the digital divide even further during this unprecedented time of online learning.

In a nutshell, Neodron, a company just recently created in Ireland, is seeking to block the import of more than 90 percent of mobile touchscreen devices, like smartphones, tablets and touchscreen laptops, that come into the United States. Neodron doesn’t design or manufacture products within the U.S. Its business plan is to acquire patents and then sue for infringement.

The cases have caught the attention of members of Congress, and those in the tech world express major concern.

“When we talk about digital divide, you’re talking primarily about the availability of high speed internet and its distribution across our nation. The big problem with this patent infringement claim is that the vast majority of inner city schools still have barely sufficient internet connection,” says Michael Russell, the lead instructor for information technology, security and forensics at the Pittsburgh Technical College since 2002.

He believes the Neodron case could impact their educational lives.

Russell used the term “patent pirate” when describing the activities of companies like Neodron which acquires patents for the purpose of financial gain. Neodron recently obtained patents from Microchip Technologies, possibly with the motive of filing petitions asking the ITC to investigate and close the U.S. market to nearly all smartphones, tablets, and laptops. In short, Neodron is putting the devices that people rely on at risk amidst a season when they need them most.

According to a statement by the ITC, the complaint “alleges violations of section 337 of the Tariff Act of 1930 in the importation into the United States and sale of certain touch-controlled mobile devices, computers, and components thereof that infringe patents asserted by the complainant. The complainant requests that the USITC issue a limited exclusion order and cease and desist orders.”

Restricting the import of these devices into the United States would cause educational and personal hardships for people largely dependent on their smartphones and other affected devices.

The issue is so dire that two members of Congress formed a bipartisan partnership to deal with it. Suzan DelBene (D-Wash.) and David Schweikert (R-Ariz.) introduced the Advancing America’s Interests Act to stop patent abuse through the ITC and to assure that the agency adheres to a high standard of public interest.

“The ITC was established to protect U.S. companies and consumers from unfair foreign competition, but in recent years, patent licensing entities have abused the ITC process for financial gain,” said DelBene in a joint release. “This legislation addresses this problem and helps protect American businesses from unfair and unjustified claims.”

Schweikert called the legislation “an important step in the right direction towards reforming the ITC’s unfair imports process to ensure that American businesses have equitable access to protection for their ideas.”

This potential impact of this case cannot be overlooked as African-Americans and other racial minorities have been so disproportionally impacted by COVID-19. As lives have become almost totally dependent upon access to the internet and remote services, the impact of an ITC exclusion order would have a broad reach.

Instead of rushing to get children out the door to catch the school bus and then driving into work, many parents now struggle to manage their children’s education as schools have shifted to remote learning and parents work from home. Government services of all types are now online, from job applications to business licenses to unemployment claims. And then there’s access to health care. Throughout the pandemic, it has become clear that telehealth is surging and is a crucial resource that allows people to protect both their community as a whole and the healthcare workers providing their critical services.

According to a recent study, up to 42 million people may not have access to broadband, a figure that is disproportionately made up of African-Americans and other people of color. But without the devices necessary to even access the internet, the problem becomes worse and communities of color are at a great disadvantage.

A key concern is that since the COVID-19 pandemic, an already serious struggle for low income students of color, has been exacerbated.

The Greenlining Institute, a 27-year-old multi-racial organization in Oakland, Calif. that aims to end economic discrimination such as redlining, conducted a survey of Oakland and Fresno, Calif. residents before COVID-19. The findings were as gloomy as expected. But all of the common themes were “made more urgent by the pandemic”, the Institute reports on its website.

Those common themes include “Internet access is not a luxury; Lack of access creates significant hurdles for everyday life; Smartphone access is insufficient; Internet plans designed for low-income families are inadequate; Lack of access is a barrier to academic success.”

Russell says if Neodron prevails, these issues could expand and get even worse for more people across the nation.

“I’m not only talking about just young people,” he said. “I’m talking about the elderly needing to monitor their health care, making appointments with the doctor and things of that nature. All of those things could be adversely impacted. Mostly inner city; mostly Black and Latino families would continue to have the largest impact.”

As the issue spirals, even more considerations will come into play.

“The educational, financial and personal need for the internet could lead to an even greater conflict than the inability to get online,” says Russell, who also teaches regulatory compliance.

“I do believe that technology has a potential of being another form of warfare,” he says. “I’m really concerned about that. Like economic warfare. We have a company located in another country filing a claim against American corporations that could adversely impact the way we live and do business. That’s a real deal.” 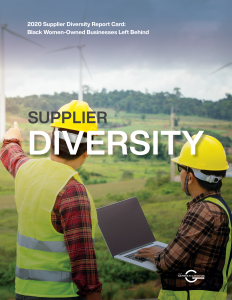