It's undeniable that the climate crisis does particularly severe harm in under-resourced neighborhoods.

Over the last decade, California has pioneered a unique approach to fostering community-led solutions to meet the needs of frontline neighborhoods through a model called Transformative Climate Communities. The TCC capacity-building model is unique in two ways: 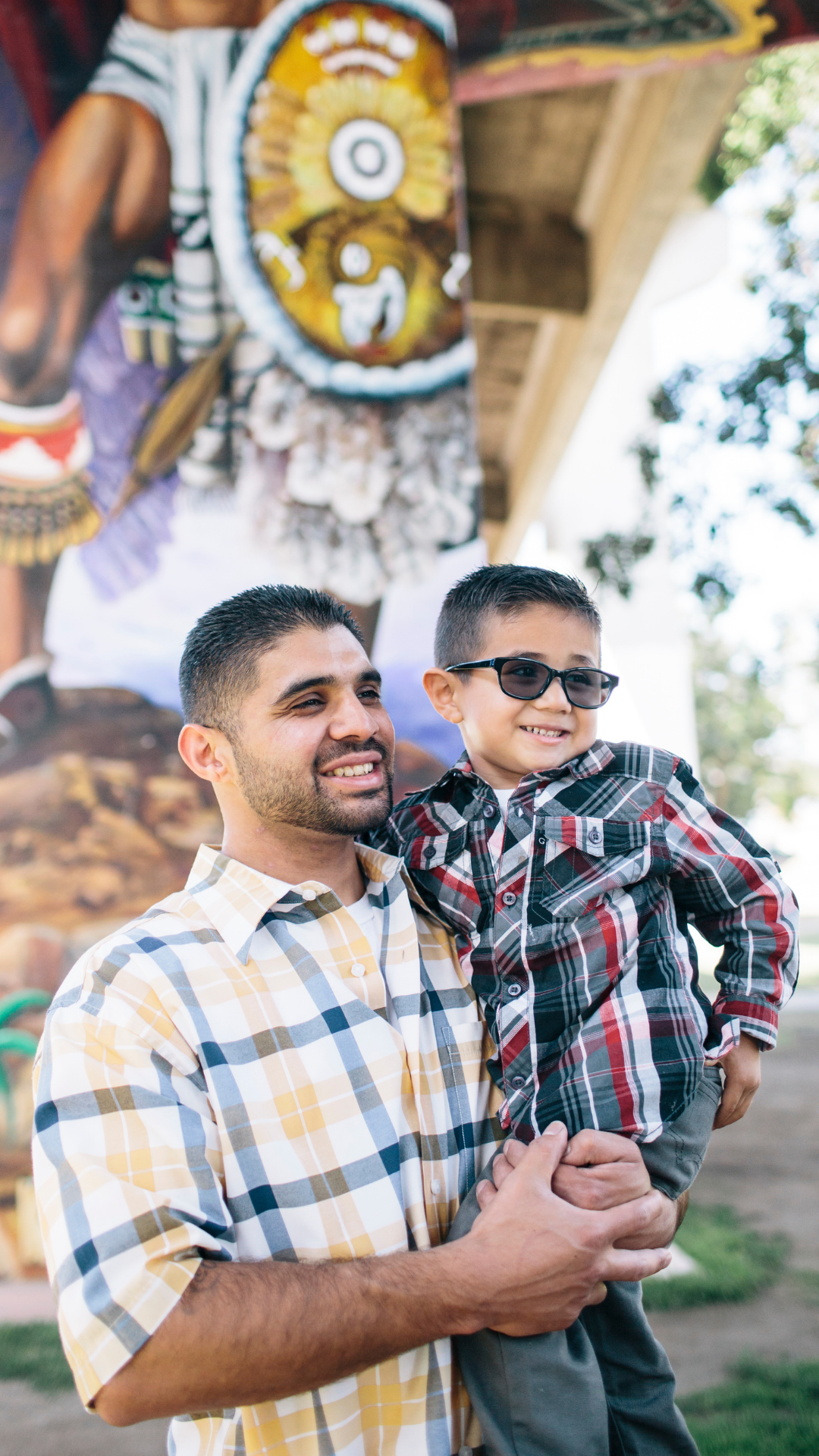 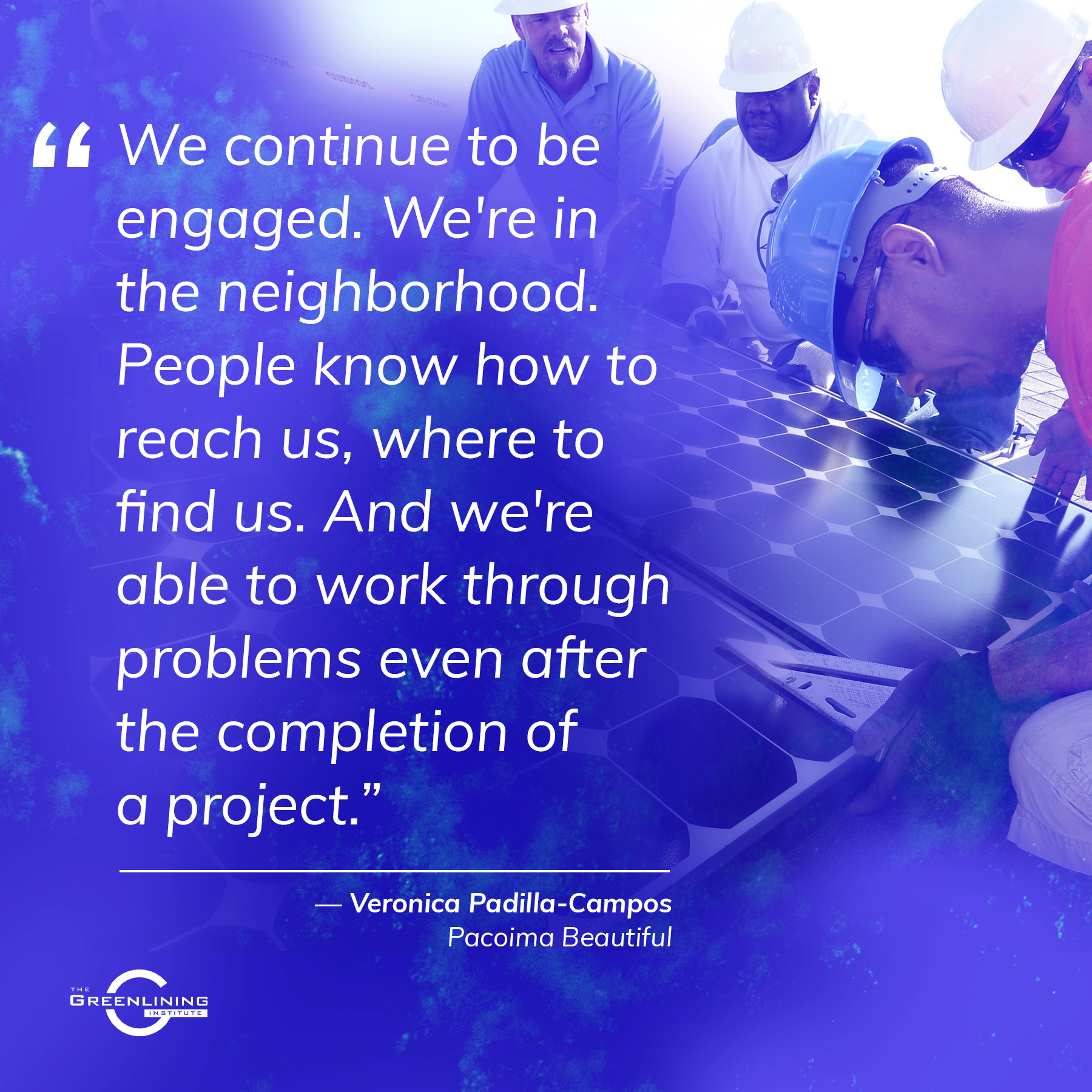 TCC Communities Are Taking Action To:

+ Make the Promise of Equity Real in the Lives of Californians

We Can Undo the legacy of Environmental Racism

No one knows better than community members themselves what their neighborhoods need...

...yet rarely are community voices centered in the decision-making processes that impact their daily lives.

TCC is a climate action model that puts frontline communities in charge of building thriving neighborhoods, fighting climate change, and determining their economic futures. By providing access to the power and resources to build stronger, healthier, and economically resilient communities, this model is a gamechanger in the fight against redlining and climate change.

Communities Are coming together to fight redlining and climate change 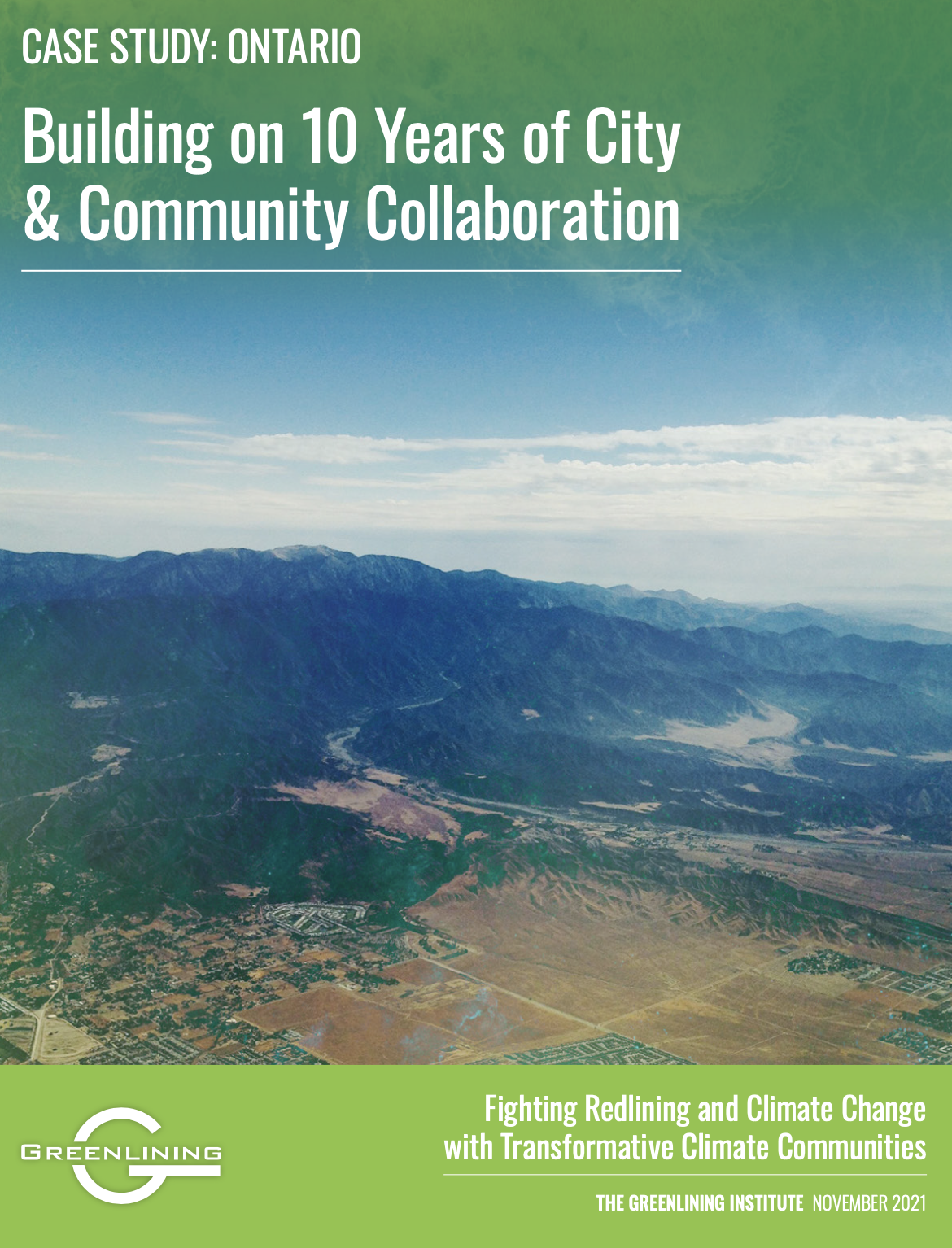 Transformative Climate Communities is helping Ontario residents and their city to overcome pollution and poverty while empowering them to build a thriving, healthy future . 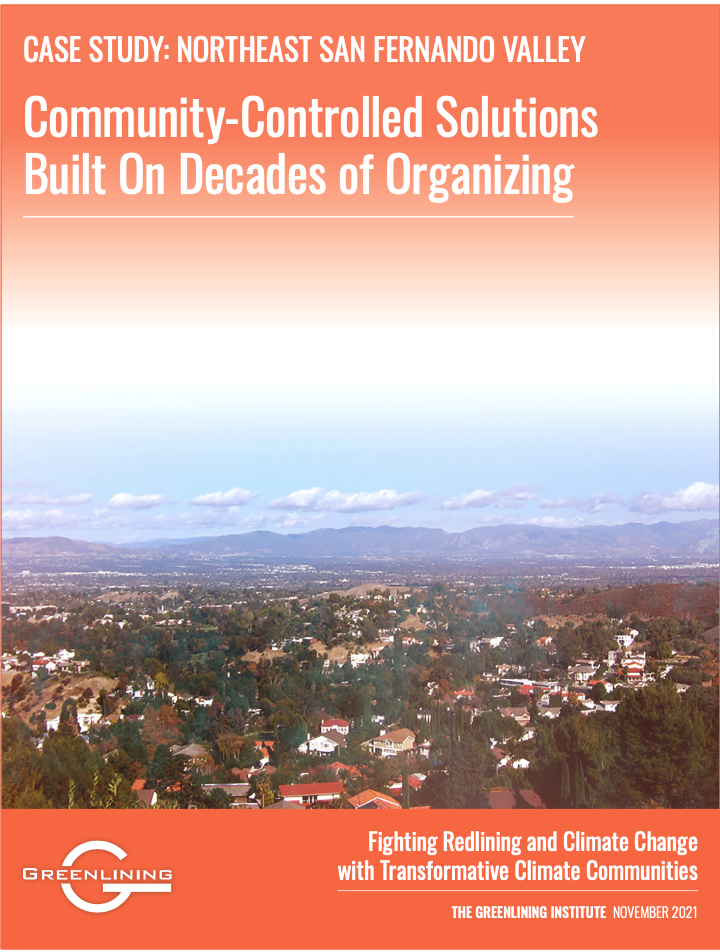 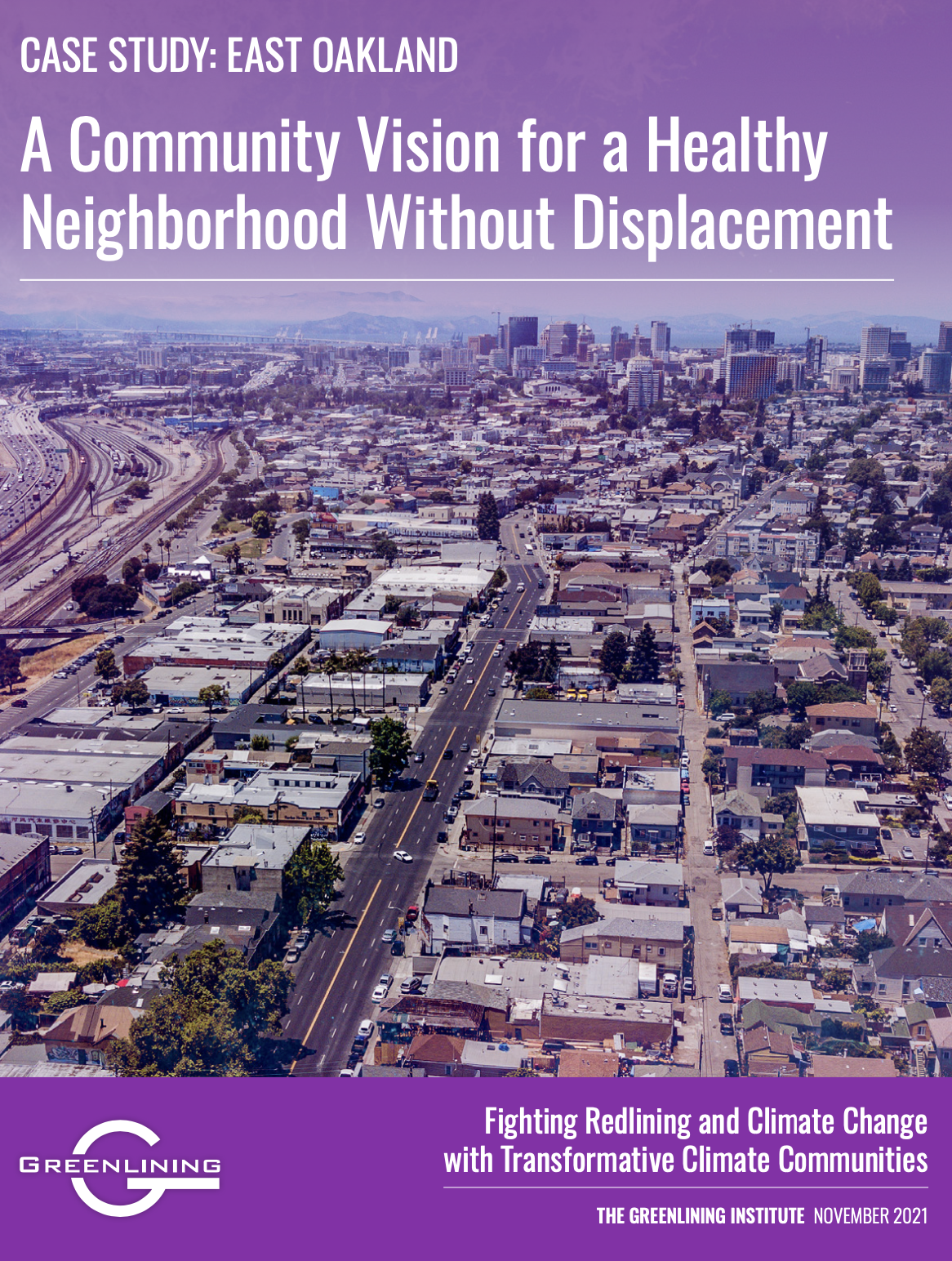 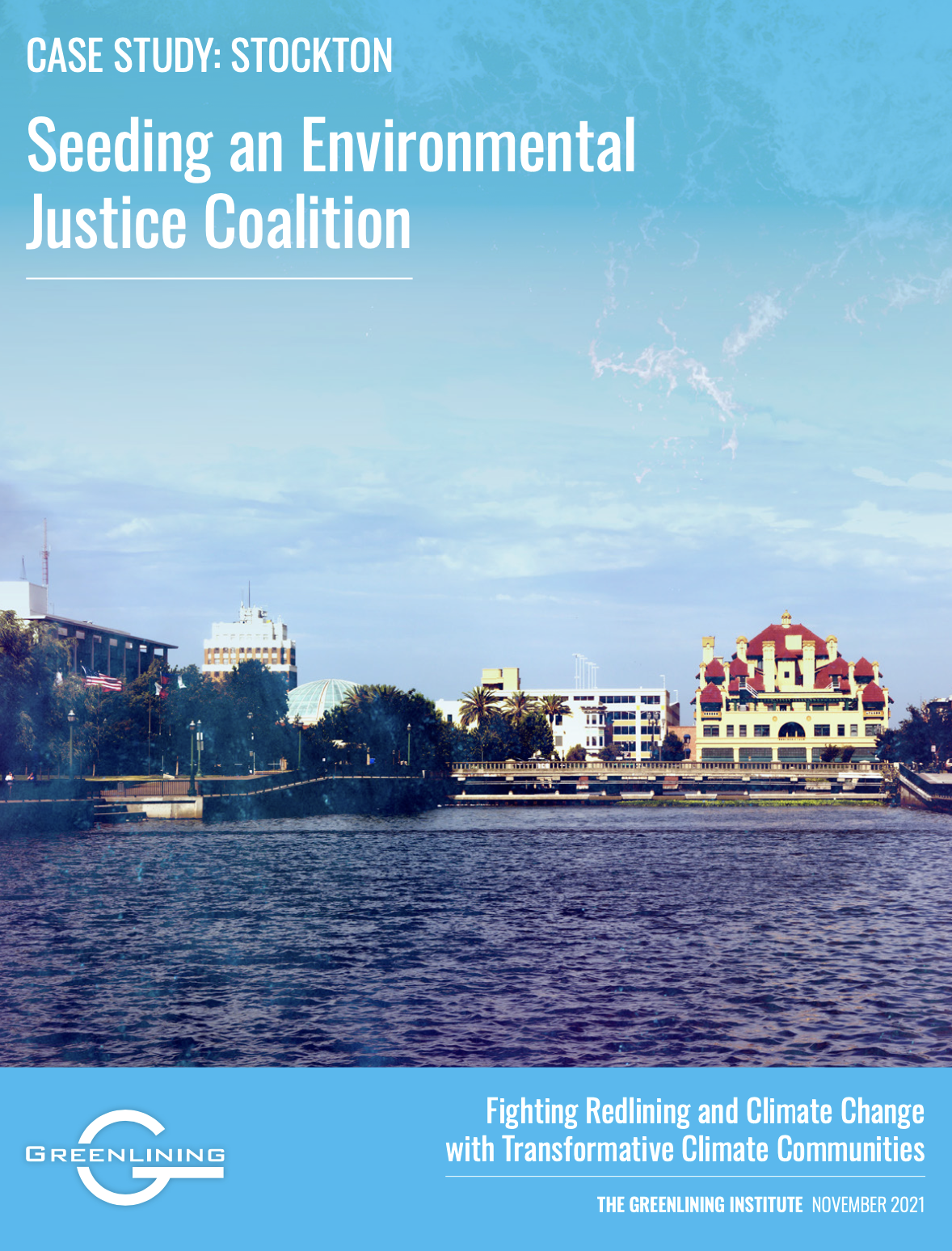 Thanks to the Transformative Climate Communities program, a new environmental justice coalition is repairing a legacy of systemic disinvestment in Stockton.

Empowering Residents to Be
The Difference in Thier Communities 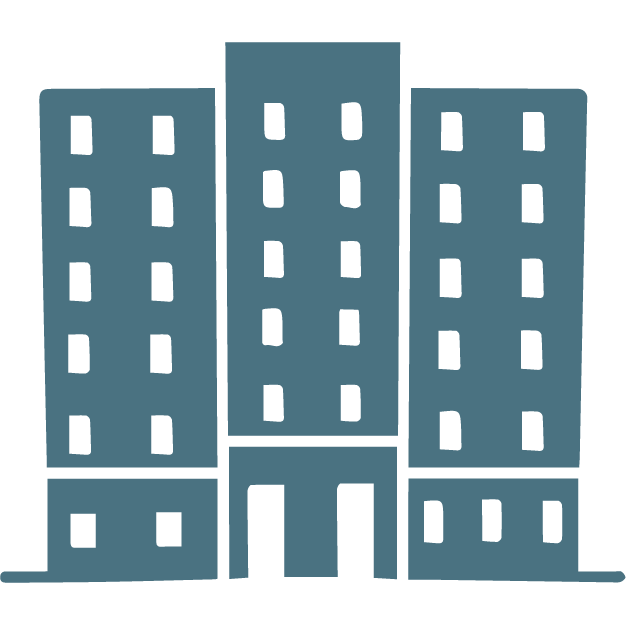 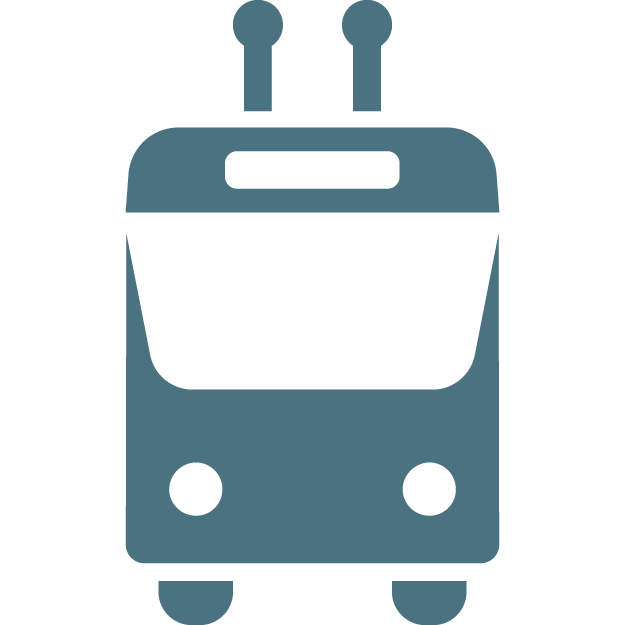 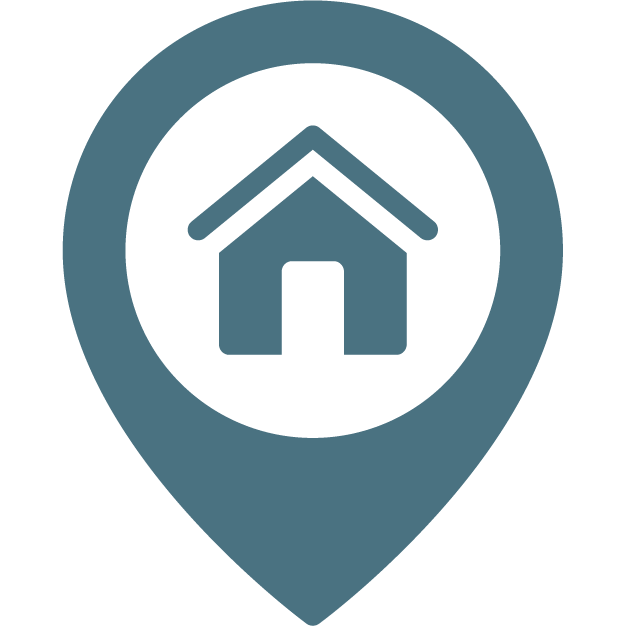 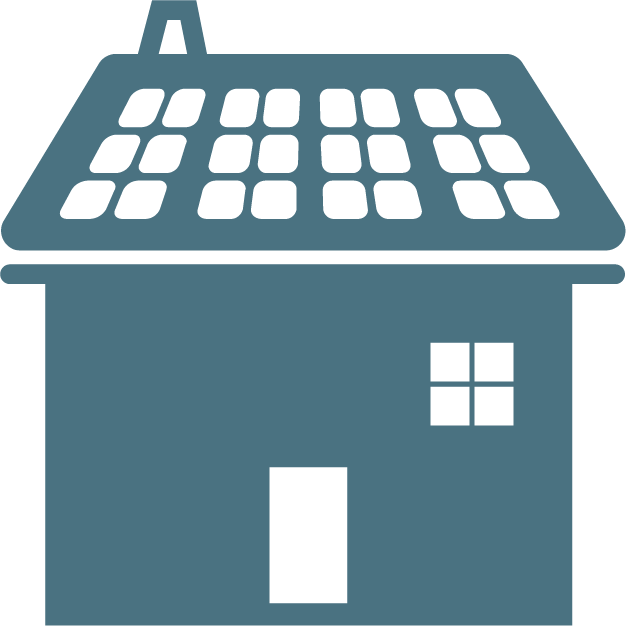 "The people in our neighborhoods know what we need, and can lead us to solutions... This is what the future of climate action must look like, both here in California and around the nation."

Transformative Climate Communities is a climate action model that puts communities in charge, giving them the power and resources to fight climate change and build stronger, healthier, and economically resilient communities.

Why is TCC needed? Expand

What does TCC do? Expand

TCC works on a neighborhood scale to empower the communities most impacted by poverty and pollution to define their own goals and solutions to fight climate change, reduce pollution and address community economic needs -- and then provides the funding to make those dreams real.

TCC brings communities together to make decisions about the future of their neighborhoods. Collaboratively, stakeholders, led by residents and community based organizations, must develop one vision for their neighborhood, and the state of California then provides the money to implement that vision.

How does it do this?  Expand

TCC encourages the development of unified, holistic community plans that bring together clean energy, affordable housing, transportation, etc.--topics usually addressed in isolation at the government level. Linking these elements together magnifies their impact and ensures that the various pieces all work together.

For example: East Oakland has some of the worst air quality in the nation, and lacks clean transportation and opportunities for healthy outdoor recreation. East Oakland’s TCC program has developed a multipronged strategy to address these issues, including a bikeshare program that’s providing clean transportation and healthy exercise while hiring and training young people to provide needed local bike repair services. What’s more, this program is also actively trying to work against displacement and gentrification so that residents can enjoy the benefits that will come from TCC in the future.

How is this model different from other government programs?  Expand

Why is a community-centered approach important? Expand

How is it different from historic community development models?   Expand

Unlike typical, top-down models, TCC has an explicit climate focus and emphasis on the community planning process, with resources to support planning and broad community engagement. And, TCC maximizes economic benefits to underserved communities while incorporating intentional, structured efforts to minimize harms like displacement. It also requires detailed evaluation to ensure stated goals are reached and to learn from mistakes.

How does this model encourage governments to respond differently to community needs? Expand

Without the incentives provided through the TCC model guidelines, many local governments wouldn’t come to the table to collaborate with residents and community groups. TCC fosters that collaboration. It isn’t always easy, but it’s a starting point.

This model is also different because it builds in transformative elements including anti-displacement, workforce development, resiliency and community engagement plans. This is different from most normal planning which is often siloed. This holistic approach works and government responds.

What is Greenlining’s role? Expand

The Greenlining Institute has been involved with the TCC program from its original concept to its local implementation. Along with the California Environmental Justice Alliance, Greenlining co-sponsored and advocated for the passage of AB 2722 (Burke, 2016), which established the TCC program. We have also supported two communities, Stockton and San Diego, with technical assistance in applying for TCC funding. This gives us a unique perspective on the vision for the program, how TCC functions on the ground, and how the program could continue to be improved.

How is TCC funded? Expand

TCC is state-funded. More specifically: TCC is funded through California budget allocations and administered by the Strategic Growth Council.

Since 2017, TCC has made large-scale investments ranging from $10.8 million to $66.5 million in eight of California’s most impacted communities including Sacramento, Oakland, Stockton, Fresno, Pacoima, Los Angeles, Ontario, and Riverside.

In past years TCC has often been inadequately funded. The program received $115 million for the 2021-22 fiscal year, with a commitment to $420 million over three years. This is a step in the right direction and a level of funding, that if sustained, can truly tap into the program’s potential.