The massive influx of funding for climate projects in California over the last few years has inundated the state’s arsenal with new pilots, programs, and policies in the fight against climate change. In the last year alone, California had more budget surplus to spend than ever before to help expedite the state’s transition to a decarbonized future. One of these growing pots is intended for zero-emissions vehicle charging infrastructure–the kind you can usually find in abundance in wealthy, white neighborhoods where electric vehicles are rapidly becoming the norm. Now, with literally billions of dollars resting in the hands of the 5th largest economy in the world, how do we ensure that all communities have access to charging infrastructure so they too can make the switch to ZEVs? 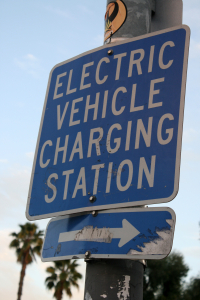 At the Greenlining Institute, equitable implementation is our bread and butter. We know from our work with policymakers and the communities they serve that equity is a practice that requires sustained, intentional effort. This is necessary to ensure well-intended policies and programs don’t inadvertently perpetuate feedback loops of disinvestment and stagnation that disproportionately burden low-income communities and communities of color. We also know that low-income communities and communities of color are disproportionately impacted by transportation pollution and face higher barriers to making the switch to ZEVs due to–among other reasons–a lack of charging infrastructure.

That’s why we developed four guiding principles for practicing equity in the deployment and implementation of charging infrastructure. These principles ensure a future where California not only reaches its climate targets but does so while centering the needs of communities that disproportionately face poverty and pollution. In fact, it is by investing in low-income communities and communities of color and prioritizing their access to benefits from charging infrastructure that we will ensure no one is left behind in the rush to reach a zero-emission future.

1. Define Equity and Benefits and have accompanying metrics. The first and most important principle, often overlooked, is establishing a robust and specific definition of “equity” and accompanying metrics to ensure the collective navigation toward a north star. Creating a common goal by defining a mutual understanding of what equity means not only establishes direction for stakeholders at all levels but also encourages buy-in from community members and individual residents that public investments are intended to benefit. To achieve this, community must be included in the development of this definition.

In addition, it is critical to develop metrics for assessing equity that go beyond the simplistic quantitative measures (e.g. the number of chargers in disadvantaged communities). It is first important to ask, how can we position these investments to grow and support what is already flourishing in a community, rather than viewing them as charity for low-income communities and communities of color that have been historically underserved or disadvantaged? Communities that are classified as “disadvantaged” are typically viewed to be lacking assets when in fact it is exactly those communities–the ones that have had to make do with the short end of the stick–that have the most experience building resilient communities from the ground up with limited resources.

Equity metrics should include investment capacity to foster social cohesion, opportunities for wealth building, anti-displacement measures, expanded access to both formal and informal networks for upward mobility, incentives for supplier diversity, and potential to increase political power, in addition to quantitative metrics such as the number of jobs created, GHG reductions, and changes in the vehicle miles traveled.

2. Benefits should serve people, not places. It is easy but counterproductive to disseminate funding and deploy infrastructure in census tracts that are classified as disadvantaged communities or “DACs” and leave it at that. If we want to make equity real, accessibility to the benefits investments are intended to create must be the goal–not simply the deployment of resources. 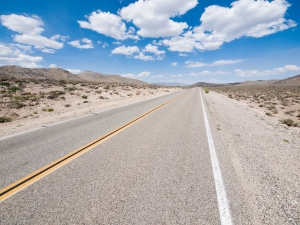 Another example is the deployment of charging stations on property owned by commercial and office spaces in DAC census tracts. While the charging infrastructure is targeted to serve DACs, the stations themselves are only accessible to employees, not by residents living in the community.

And lastly, charging station investments federally and statewide are prioritizing deployment at sites along major highways and corridors. In rural areas of California such as the Central Valley where transportation infrastructure is often designed for non-resident commuters coming to and from Southern or Northern California. Charging stations that are only accessible to commuters leave behind those who are in fact local residents that bear the pollution burden of passersby’s commutes. It is important to encourage accessibility of charging stations that are not only for commuters but also for the residents that have to live by highways and major corridors.

Building off the principles laid out in the Greenlined Economy Guidebook–what if homeownership wasn’t the only pathway for wealth building but rather early investment in the green economy?

What if low-income communities of color had priority in this economy through green infrastructure ownership such as microgrids, solar panels, and charging stations at churches and community centers?

And how can we open access to the green jobs that this kind of building requires to residents in the communities where these technologies are being deployed?

How can we use infrastructure investments to facilitate energy sovereignty for Black, Indigenous, and people of color communities?

These are all important questions we must ask ourselves about the future we wish to create, rather than accepting and building off of the current status quo–one that we already know leads to inequitable outcomes for communities of color. In the near future, the opportunity to create green jobs and pipelines for low-income communities and communities of color is critical.  To do so, implementation efforts for charging infrastructure investments must look at existing barriers that limit equitable access to green jobs. This means prioritizing local hires, ensuring community benefits agreements, increasing supplier diversity, securing contracts with minority-owned businesses, forming partnerships with community colleges to spread awareness for younger generations entering the workforce interested in green jobs, and reimagining reentry programs that provide safe and high paying jobs for formerly incarcerated populations.

4. Climate and resilience planning should prioritize people, not property. Often, when we talk about community resilience, it is in anticipation of a disaster and focuses on the prevention of property or infrastructure damage. This framework centers property over people and inevitably leads to less equitable outcomes. Building resilient communities includes reinforcing physical space but more importantly, it should also include reinforcing social ties. 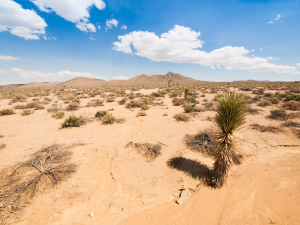 In past natural disaster recovery efforts, the social networks that were formed within communities to protect and take care of each other were key to surviving the traumatic event, providing mutual aid, and subsequently building resilience post-recovery as a people. Charging infrastructure can support these efforts.

One example comes from the California Energy Commission’s School Bus Replacement program, which funded the conversion of diesel school buses to electric buses in low-income school districts. During the pandemic, communities were no longer utilizing the buses as virtual schooling took over. These electric buses were repurposed to deliver free and reduced-priced lunches for students that faced food insecurity, and to distribute school supplies for students to complete assignments. The batteries in the electric school buses were also used as backup generators or storage in case of emergencies. In some cases, the buses were even used as WiFi hotspots for students that were unable to access broadband internet access to attend online classes.

The question then for policymakers and transportation planners is: how can we build that kind of multi-benefit usage into other aspects like electric vehicle charging infrastructure?

Resilience as a climate strategy is critical for ensuring that the entirety of our homes– both our houses and our communities are still standing when the next heat wave, wildfire, hurricane, flood, drought, etc. comes. We must invest in charging infrastructure technology to expand beyond just powering single passenger vehicles but also to power our appliances and medical devices, to power our schools, libraries, shelters, and community centers, to distribute resources, supplies, and sustenance, and to offer peace of mind in before, during and after the next disaster.

It is often easy and obvious to point out solutions in retrospect, once we can look back on our predecessors and critique them for the decisions they made or didn't make: he active decisions or omissions that created the consequences we currently face as a people and as a planet.

But how often is it that we all recognize the solution in real-time before it's too late?  It’s rare to collectively acknowledge a turning point for humanity happening before us and yet that’s exactly where we find ourselves today–in a suspended moment of truth. One where we can choose to value each other and the lived experiences of those most impacted by the consequences of past decisions. Where we redistribute investments that have been made possible from extraction and exploitation and target them to achieve equitable environmental, economic, and social outcomes. It is at this moment, that we must recognize that the only way to reach our climate goals is to ensure communities, starting with the most vulnerable, are the priority not the externality. 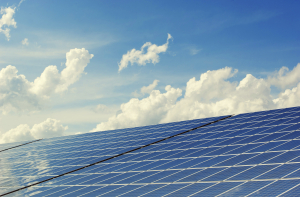 Energy for Everyone: What is Energy Equity and How [...] 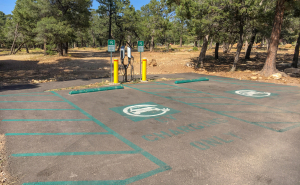