Today, Greenlining in a letter to Secretary of the Treasury Geithner, Federal Reserve Chairman Bernanke, and FDIC Chair Bair, applauded the Obama $75 billion dollar home stabilization program announced in Phoenix, Arizona.  Greenlining also urged suggestions that would further assist low/moderate income homeowners and renters (letter attached.)  Also attached is Greenlining’s letter, prior to the announcement, to the Secretary of the Treasury urging a bold program that would avoid the problems that have continually confronted the Japanese government over the last fifteen years during its deep and growing recession.

Greenlining has confirmed meetings in D.C. on March 10th-12th with Secretary of the Treasury Geithner, Federal Reserve Chairman Bernanke, FDIC Chair Bair, and the key legislative advocates for homeowners such as Barney Frank, the Chairman of the House Financial Services Committee.

Orson Aguilar, Executive Director of The Greenlining Institute, who will be representing the community interests at the confirmed bank regulator D.C. meetings in mid-March, said, “Secretary Paulson had too much faith in voluntary efforts by financial institutions that were often part of the problem.  The Obama plan is far bolder and has more teeth.  However, there are many provisions that must be scrutinized and revised to ensure that the seventy percent of Americans who live from paycheck-to-paycheck, particularly in distressed areas, are fully protected and represented.

We extend an olive branch to financial institutions to work with community groups to ensure that the Obama plan achieves its potential to protect ten million families that could be subject to foreclosure and protect the trillions of dollars in equity held by eighty-five million homeowners whose wealth has been declining due to the foreclosure crisis.” 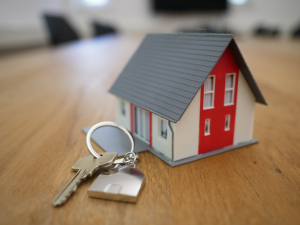 Holding Banks Accountable to Communities: A breakdown of Community [...]