Exchange officials said that 30,830 state residents signed up for health coverage through the exchange during the first month of open enrollment. Another 29,000 signed up in early November (Goodnough, New York Times, 11/13).

In addition, the rate of enrollment appears to be increasing, as the number of people signing up for exchange plans increased from an average of 1,000 daily in October to an average of 2,400 daily in the first 12 days of November (Aliferis, “State of Health,” KQED, 11/13).

The exchange has not yet released demographic information on exchange enrollees, but officials indicated that those who have signed up for coverage tend to be older and have health issues.

“These are people who have been waiting for a long time to get coverage,” Lee said (“Capsules,” Kaiser Health News, 11/14).

However, he predicted that the exchange will “see that shifting in dramatic ways as we go through November and December,” adding that when younger, healthier individuals “understand how easy it is, when they understand the cost, they’re also going to be signing up.”

Detailed demographic data is expected to be presented during a meeting of the Covered California board next week (New York Times, 11/13).

Covered California officials also released the results of a survey of website users.

The survey found that:

Peter Lee, executive director of the California exchange, said the enrollment figures are “better than encouraging” (Viebeck, “Healthwatch,” The Hill, 11/13).

Carmella Gutierrez, executive director of Californians for Patient Care, said, “While these initial numbers fall short of enrollment goals, they are not surprising.” She agreed with Lee that consumers likely are “looking under the hood and kicking the tires before they make such an important decision” (Payers & Providers, 11/14).

Anthony Wright, executive director of Health Access, said that officials expected “that the younger folks will be signing up later, just because they may feel the urgency a little bit less.”

In addition, he said the increased rate of daily enrollment suggests “a trend line that’s going up.” However, he said that the exchange needs to “redouble” its marketing efforts and train additional enrollment counselors (“State of Health,” KQED, 11/13).

The current enrollment figures are far from the state’s goal of enrolling at least 500,000 residents who qualify for federal subsidies by the end of March 2014, according to the Times (New York Times, 11/13).

Carla Saporta, health policy director at the Greenlining Institute, said a statewide campaign to increase enrollment will be launched on Friday (Payers & Providers, 11/14). 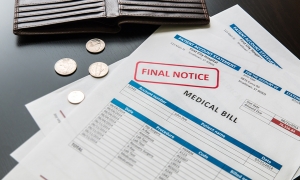