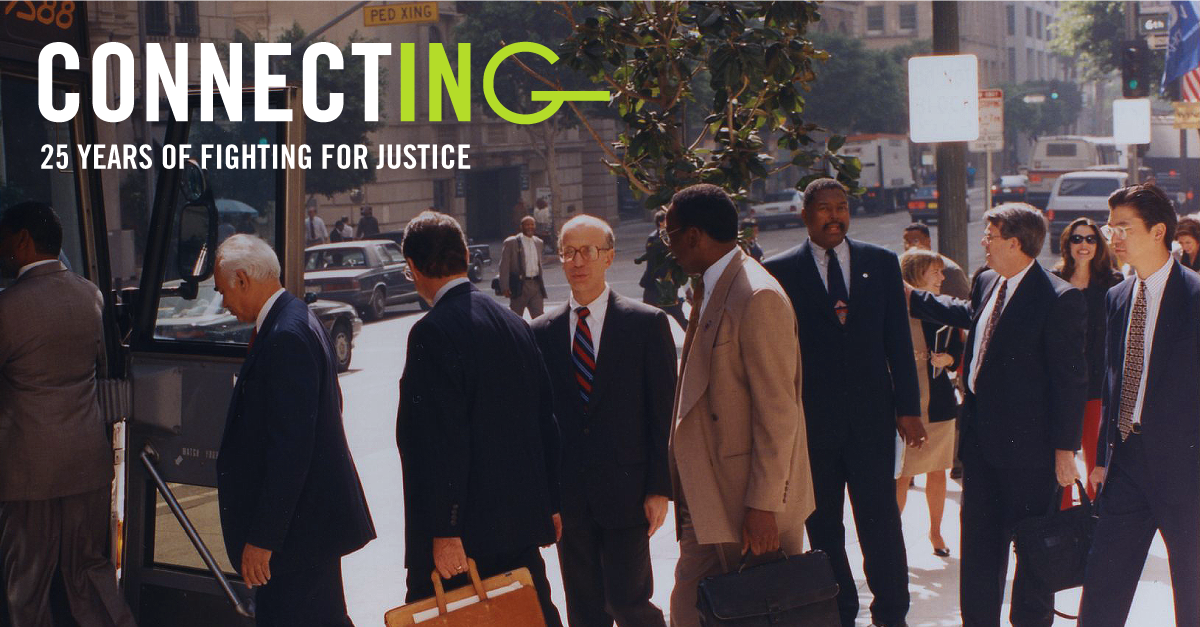 The Greenlining Institute was still a new organization in 1995. We’d just had our first Economic Development Summit the year before, featuring U.S. Sen. Barbara Boxer and Congresswoman Nancy Pelosi, and in 1995 we did something that apparently no one had thought of before: We took Federal Reserve Vice Chairman Alan Blinder on a tour of South Central L.A. – the sort of neighborhood where federal financial regulators never set foot, a community totally outside their experience.

My day job back then was working for the Urban League in Arizona, where I’d moved two years earlier. I’d been on the board of Public Advocates where Bob Gnaizda was working, and left that position to join Greenlining’s board, where I was the first chair.

Bob had set up a meeting with Alan Greenspan, Federal Reserve Board chair, in early 1994. The relationships with Nancy Pelosi and Barbara Boxer helped make a connection, and Bob and John Gamboa said, “We need to go to Washington and let them know about us.” That was something, to be able meet with the chairman of the Federal Reserve: A startup group with no names anybody knew didn’t usually get to meet with someone like Alan Greenspan.

That started a relationship with Greenspan and the other members of the Federal Reserve. So we invited Alan Blinder to come out to South Central L.A. and see what was going on. We wanted him to see all the check cashing stores. We wanted him to understand how many people didn’t have access to banks, who couldn’t go to banks and had to use all their money at check cashing stores that were taking 10 percent of the check they cashed.

We wanted him to see and know what the banks were not doing, because at that time it was very difficult to get a bank account. Banks were not interested in poor people like the folks in South Central L.A. You typically needed $500 and a good credit record to open an account; most poor people just didn’t have that, and still don’t.

So we rented a van and a few of us – me, John, Bob, Ben Benavides, Ortensia Lopez, Dr. Lula Balton and a few others — took Mr. Blinder on a little tour. We didn’t go inside and talk to anybody, we just showed him all the check cashing stores right next to each other – one on this side of the street and one on the other side of the street – and the people standing in line to get in.

It was terrible. He said, “These people should be in banks” – especially when we made it clear to him that these folks were paying a hefty price just to get a check cashed. If you get a $300 check but only get $270, that makes a big difference, and he had had no clue this was going on. He didn’t say it that way, but we got the clear impression that he had no idea how many people in places like South Central L.A. just weren’t being served by our banking system, and he was shocked.

We felt like he was one Federal Reserve Board member who would do something about it if he could. Unfortunately, they didn’t do much. John did end up on their advisory board, but these guys were just locked in to their world-view.

We were also trying to get them to collect race and ethnicity information on small business loans, like they do under the Home Mortgage Disclosure Act, because we learn a lot from that data about who’s getting loans and who’s getting turned down. Along with HMDA, we also used the Community Reinvestment Act a lot. Banks were merging left and right back then, and we could file an objection to the merger and get the Feds to hold hearings, using the HMDA data to make our point. We didn’t generally stop the mergers, but we got concessions, and that’s how some of the agreements came about that brought new investment into our communities.

But the Federal Reserve never did much to encourage banks to fill the void that check cashing stores filled. And in one way it got worse, because payday lenders came along that put people in a debt trap. And we kept talking to banks, too, because there are things they could do, but they don’t see any profit in working with low-income customers. 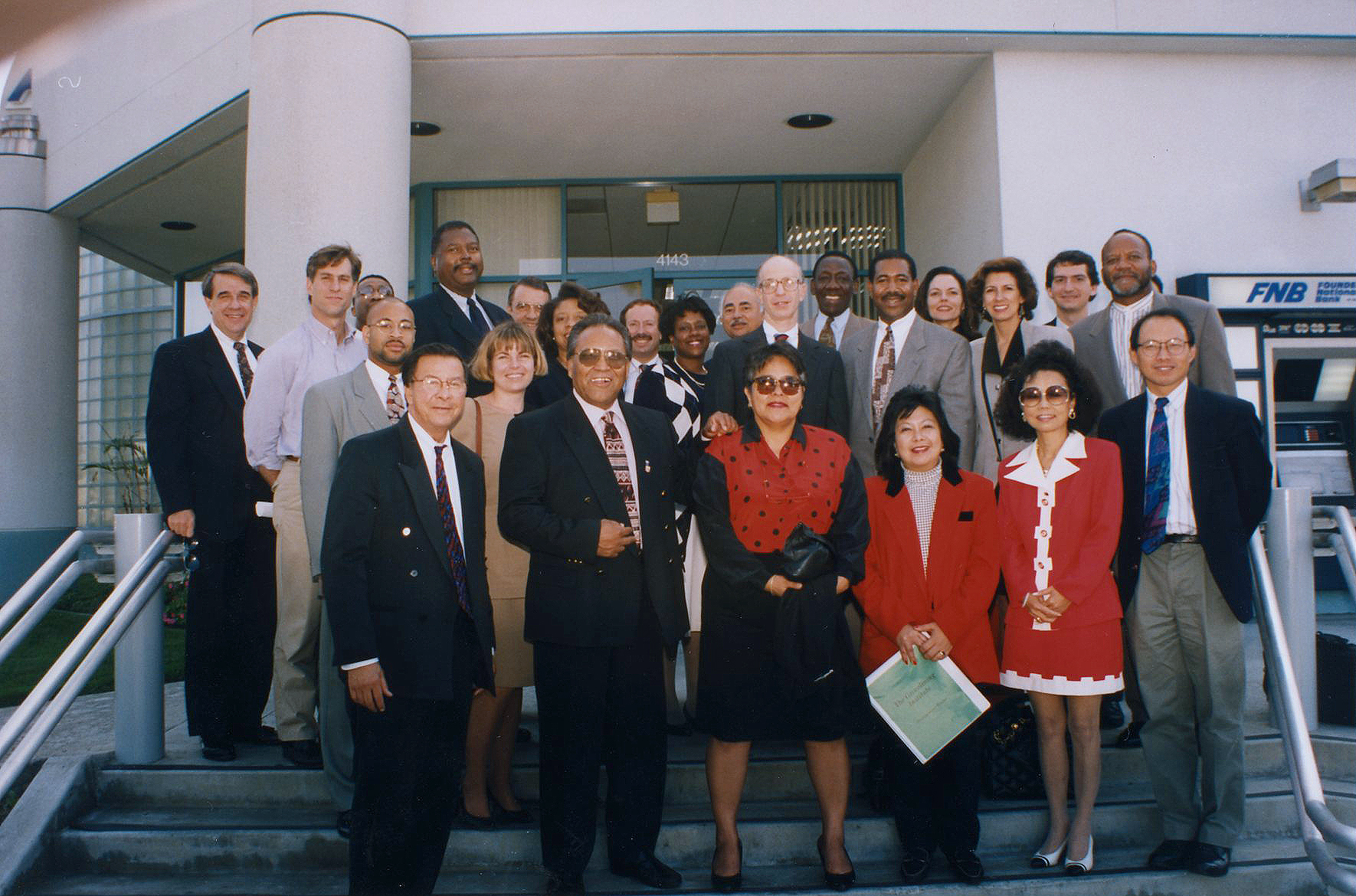 But banks should understand that if poor people get a loan, they have every intention of paying back. They’ll faithfully make payments. They appreciate being able to get a loan. But the system is not geared for poor folks, and maybe we didn’t put enough pressure on the system.

And now we’re going backwards as a nation. The War on Poverty started in 1965 under President Johnson, but we have more poor people now than we had then, and nobody’s talking about it. In the last presidential campaign, neither party talked about poverty.

Our current president said he was going to Washington to drain the swamp, but he’s filling up the swamp. He’s bringing in billionaire friends and donors to run government, like what he’s doing to weaken the Consumer Financial Protection Bureau.

Those of us who believe in a fair and just society have to turn our attention to education. And we can’t forget that redlining continues, even if it’s more subtle than it used to be. We have a lot of work still to do, and the research and advocacy Greenlining does to shine a light on things that folks might otherwise never notice is more important than ever.

George Dean is co-chair of Greenlining’s Board of Directors and President & CEO of the Greater Phoenix Urban League.