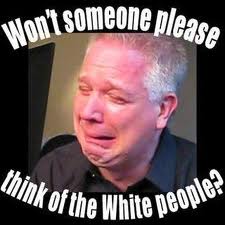 We need to talk. Frankly, you people are beginning to worry me. You see, some of your behavior lately is starting to feed negative stereotypes. I’m seeing stuff that makes it look like white people just aren’t very smart. It’s getting so that I’m starting to be embarrassed to be associated with you.

Here at Greenlining, we talk about diversity a lot. And whenever we do, some of my fellow whites just freak out. They act as if opening doors of opportunity for people of color must mean taking something away from whites. I’ve explained before why that’s silly, but you aren’t listening, so I guess I need to spell it out a bit more.

Last week, our executive director published an op-ed column about Silicon Valley’s diversity issues, inspired by the disclosure that Google has few Latinos or African Americans in its workforce, and almost none among its executives.  It appeared in newspapers across the country, and once again the online comments sections exploded with indignation. Typical was this response, posted on www.newsday.com:

“Google’s motto had always been to select only the brightest. Now what? selection based on diversity figures as opposed to most qualified?”

Let’s unpack that, shall we? There’s an unspoken assumption here: namely, that “the brightest” candidates in fact make it into Google’s applicant pool, so the only reason black and brown people aren’t being hired is that they’re not the “most qualified.”

For example, research has shown that between 65 and 85 percent of job seekers find their jobs through networking. They don’t send in a resume in answer to a job listing posted on a recruiting site, they were steered to the position by someone they know who recommended the job to them and recommended them to their employer.

By and large, people’s social and professional networks tend to be people pretty much like them. There’s nothing sinister about that, it’s just a fact of life. At a company like Google, whose staff is three percent Latino and two percent African American, it’s not likely those referrals are going to young people from Boyle Heights or the flatlands of Oakland.  It’s a younger, millennial generation version of the “old boys’ network,” and guess who’s mostly left out?

But there’s more. It’s not a secret that most black and Latino kids go to poorly funded, understaffed schools where science, math and technical education – and resources like computer equipment – are often lacking. Even “the brightest” can languish if they don’t get the education they need.

It’s also well established that the children of parents who are in jail or prison do worse in many ways than kids whose parents aren’t incarcerated. And the weight of our criminal justice system falls disproportionately on people of color, out of any proportion to the rate at which different groups actually commit crimes.  To take one obvious example, federal surveys show year after year that African Americans use illicit drugs at the same or lower rates than whites, yet blacks are three to four times as likely to be imprisoned on drug charges

Sorry folks, Google and other tech companies do not always hire “the brightest,” because many of the brightest never make it to their door — for reasons over which the potential job-seeker has little or no control. Diversity doesn’t mean hiring people with no brains or skills, it means finding the bright and talented people you’ve been missing and giving them the chances they’ve been unfairly denied. It means recognizing that the extra effort that this takes is ultimately good business, giving the company the benefit of a broad range of experiences and backgrounds.

You know, this stuff isn’t really hard to figure out. I am mortified to think that so many of my fellow white people actually believe that (to paraphrase the late, great Ann Richards), being born on third base means you hit a triple, and that reaching  out to the kid who wasn’t so lucky is to perpetrate some great injustice.