As Greenlining’s press guy, I have a secret to tell you: 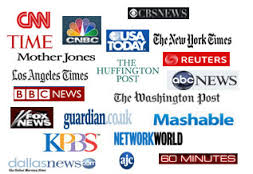 No, I don’t mean liberal bias or conservative bias, though both of those do exist. I mean something less obvious but in some ways more pernicious.

The media are biased in favor of drama, conflict and compelling story lines.

If you doubt me, turn on your local TV news this evening – any channel, it doesn’t matter. Nine and a half times out of ten the lead story will involve crime, violence or disaster – shootings, car crashes, explosions, kidnappings. “If it bleeds, it leads” is a cliché, but it’s true.

Newspapers and magazines, whether print or online, tend to be a little less violence-obsessed, but still look for a good, dramatic story. Whatever the medium, the pattern is similar, and it’s a matter of simple business. Commercial media need to draw viewers, readers and listeners so that they can sell ads, and drama draws people in. Dwell on a deranged killer who murders innocents and people will watch. Discuss the minutiae of tax policy or environmental regulations – even though they may impact many more people’s lives – and too often the same viewers will snore and tune out.

So the media hype the drama and gloss over the boring, wonky stuff.

Case in point: Every year Greenlining releases our annual Supplier Diversity Report Card, tracking progress under the California Public Utilities Commission’s program to encourage the utility and telecom companies it oversees to do business with firms owned by women, people of color and disabled veterans. This program has quietly generated massive amounts of business for these diverse entrepreneurs — $8.5 billion last year alone. That means not just jobs but careers and business opportunities in communities that need them most.

And every year we announce the report to the media, and every year it gets mostly ignored, even though the results of this program affect communities all over California.

Or take our state’s recent primary election – you remember that, don’t you? One of the contests was for California Secretary of State, the person who oversees all aspects of our statewide elections. This is a really, really important job, but the campaign got next to no media coverage.

Greenlining is nonpartisan and doesn’t endorse candidates, but I think it’s safe to say that it was shocking to see Sen. Leland Yee – who withdrew from the race after being indicted for an armload of felonies ranging from bribery to gun trafficking – finish third, with nearly 10 percent of the vote.  Perhaps because of the coverage of those indictments, Yee had a fair amount of name recognition.

As a result, in an election largely ignored by the media, he finished ahead of some very credible candidates who weren’t as well known. The unindicted candidates getting fewer votes than Yee included  Dan Schnur, communications aide to several prominent Republicans over the years and now director of the Jesse M. Unruh Institute of Politics at the University of Southern California, running as a nonpartisan reformer,  and Derek Cressman, a longtime good-government advocate who had been Vice President of State Operations for Common Cause.

It’s easy to argue that voters should have paid more attention – and hey, I’m not going to disagree. But it sure would be nice if the media outlets that claim to keep us informed paid a little less attention to car chases and a little more to the decisions that affect all of us.