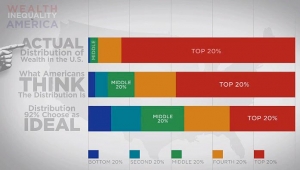 Monday morning, Greenlining sponsored a forum on equity issues in California’s state budget, featuring Sen. Mark Leno (D-San Francisco) and a panel of representatives from groups advocating for policies that promote fairness and justice in a state where a few are doing really well and millions more are barely keeping  their heads above water. It was a fascinating discussion, hopeful and worrisome all at once, but it was what I saw on the way to it that got to me.

Walking up Sansome Street from the Montgomery BART station in San Francisco’s financial district, I found myself walking by a homeless person on the sidewalk as, right behind him, a gleaming new Tesla Model  S silently zoomed by. It was one of four Teslas I saw in about nine blocks of walking in San Francisco, either downtown or near my home in a relatively modest corner of town.

Now don’t get me wrong. I’m glad when anyone chooses to drive a car that doesn’t belch pollution into the air. Greenlining would like to see more clean vehicles on the road, and we’re part of a coalition effort called Charge Ahead California that aims to bring more of those cars into communities where residents generally can’t afford Teslas. But seeing a car that cost a lot more than a typical California worker earns in a year zooming by a homeless man illustrates something about the state of our society right now.

Living in San Francisco, signs of wealth are everywhere, from shiny new Teslas to high-end restaurants opening up almost daily. But so are the signs of poverty, like that man on the sidewalk or the bedraggled older Asian woman I see in my neighborhood every week scrounging cans and bottles from the recycling bins to turn in for the five-cent deposit. As the California Budget Project (whose executive director, Chris Hoene, was one of our panelists) noted in a recent policy brief, most California counties still have double digit unemployment, and many of the middle-income jobs that evaporated in 2008 and 2009 have not returned.

Meanwhile, programs that the poor and middle class depend on were devastated by several years of draconian state budget cuts. Now, with the state’s cash flow starting to improve, we see glimmers of hope for starting to repair some of the damage. But doing so will be neither easy nor quick, and Greenlining and our allies will have a lot of work to do.