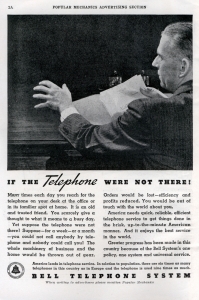 Whichever group of strategists was responsible for coining the phrase “Obamacare” liked the word so much that they’re attempting to retitle LifeLine (which subsidizes phone service for low-income households) as “Obamaphone.”  “Obamaphone” is described as another nefarious socialist plan created by President Obama – in this case, to give free cell phones to low-income voters in a nefarious plot to trade cell phones for votes. There are a few things I’d like to clear up about this latest plot to destroy America:

Faced with those facts, critics of Obamaphone GeorgeWBushPhone Reaganphone (ah heck, I’m just calling it LifeLine from now on) change course and argue that the LifeLine program is rife with waste, fraud and abuse.  What kind of waste, fraud and abuse?  Well, LifeLine participants are only supposed to get one LifeLine subsidy per household.  Some households are getting two.  That means that they are defrauding the LifeLine program of—wait for it—ten dollars.

Now, none of us approve of fraud, but we need perspective.  Unfortunately, some of our legislators lack that perspective and are taking steps to prevent this fraud by eliminating LifeLine altogether.  If you’re like me, you’re paying less than 50 cents a month to support LifeLine services.  That’s completely reasonable amount to chip in so that veterans, out-of-work teachers, and families of 3 living on $23,000 a year can afford phone service.

Any program, public or private, is going to have some fraudulent characters trying to take advantage of the system—we’ve seen it occur in the saving and loan industry, investment banking,  insurance, and (need I even mention) the mortgage industry.  Our response has never been, “Look!  There are some bad actors there! Shut down the industry!”  Our response is to fix the problems. That’s why, for example, Greenlining supported creation of the Consumer Financial Protection Bureau.  Despite the existence of scoundrels, the services involved — banking, insurance, mortgage loans — are critical.

Telephone service is also critical—arguably even more critical, because it involves people’s basic ability to communicate with one another.  The solution to waste, fraud and abuse is not dismantling LifeLine, but rather creating safeguards that minimize waste, fraud and abuse while ensuring everyone who’s qualified gets LifeLine services.  (I’ll be discussing what policy safeguards have already been implemented, what new ones we might need, and how they should function, in my next post).

I’d like to ask those leaders a question: Does everyone in the United States have a right to affordable, reliable telephone service?

I’m not holding my breath for an answer.