As the racial wealth gap widens, people of color have increasingly turned to entrepreneurship to secure their economic futures. This is an uphill battle, and if we are to succeed, we must bring systemically supporting businesses of color into our advocacy.

People of color now start businesses at a higher rate than White Americans, yet they continue to experience the smallest growth. Now we know it’s not because we can’t produce good products and services. In fact, a study on just 12,000 minority business enterprises, as they’re officially known in some programs, found they generate more than $1 billion a day in economic output. But these firms lack the necessary social and economic capital for business development. This is not only troubling but inequitable.

We live in a society where our access to capital determines the food we eat, when we can retire, and our life expectancy. Without capital, the racial wealth gap continues widening.

Studies like the Road to Zero Wealth show how, if trends stay the same, it’s estimated that by 2053 and 2070, respectively, the wealth of Blacks and Latinos will reach $0. Working against this prediction requires multiple strategies, and one of those is advocating for supplier diversity.

Supplier diversity may be an unfamiliar term, but it simply refers to proactive decisions by businesses and government agencies to contract with businesses owned by people of color. The effort started right alongside the Civil Rights Movement’s fight for economic freedom. Organizations such as the National Supplier Diversity Council and like-minded individuals move this forward by bridging the gap between businesses of color and corporate and public-sector supply.

We know that corporations and governments spend billions of dollars every year on outside goods and services. While where Facebook purchases its office supplies or janitorial services may seem unimportant, where that money goes matters and targeting it toward underserved communities can have a lasting impact. These dollars create economic ripples that promote business growth, job creation, and drive innovation. To see the impact this can have, consider the construction deal for the Hartsfield-Jackson Airport in Atlanta.

In 1974, newly-elected Atlanta mayor Maynard Jackson negotiated a deal with city business leaders mandating that 25 percent of construction contracts be set aside for businesses of color. As a result, contracts to minority firms increased from less than one percent in 1973 to roughly 39 percent less than five years later. As Black Enterprise Magazine notes, it was the first time anything like this happened in the country. It directly supported disinvested communities and created a thriving Black middle class and thousands of jobs. The impact of Jackson’s decision continues today, with more than $1.6 billion, or 37 percent, of the airport’s construction, remodeling, and expansion contracts being awarded to minority firms. We are now tasked with increasing these efforts.

At The Greenlining Institute we’ve produced a number of reports to better understand the impact of supplier diversity. The results differ drastically across sectors, and it’s clear there is a lot of work to be done. In 2014, Fortune 100 companies spent just 4.8 percent of total contract dollars with minority-owned businesses, with many government agencies performing similarly.

Our communities are growing, and companies and the government care about our opinions and our dollars. We must use our collective voice to push corporations, our government, and local leaders to prioritize our communities by supporting supplier diversity. Although the road ahead is uneven, we urgently need to continue working to build our communities. When businesses of color thrive, our communities do too.

Jimmy Donelson III is Diversity and Inclusion Fellow at The Greenlining Institute. 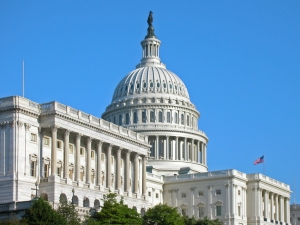