In light of Greenlining’s mission to ensure safe and equitable access for all communities to the financial sector, we are especially concerned about any disproportionate impact the implementation of (or the failure to implement) this proposed rule could have for unbanked Americans.


Since the passage of the Dodd/Frank Wall Street Reform and Consumer Protection Act, both sides of the debate have invoked the needs of unbanked Americans and the potential consequences of the Durbin Amendment, as well as this proposed rule.

We urge the Federal Reserve Board to address the following questions as it considers the proposed regulations and the aggregate of public comments.

1.  How Will the Proposed Rule Impact Unbanked Americans?
According to the Federal Deposit Insurance Corporation’s December 2009 ‘National Survey of Unbanked and Underbanked Households’, 7.7 percent of American households are unbanked (defined as not having a checking or savings account) and 17.9 percent of American households are underbanked (defined as having a checking or savings account, but still relying on alternative financial services like payday loans, check cashing services, refund anticipation loans, and money orders).  The payday lending industry alone has netted billions of dollars because of limited access to more traditional banking products.

Until basic, safe and fair access is fully established, low-income communities and communities of color will face enormous uphill battles to advance into the economic mainstream.  Asset building throughout the lifecycle, from college savings to retirement planning and inheritance, is almost impossible without this initial access to basic, safe financial services.

Opponents of the proposed rule claim that because banks will lose a sizable percentage of the debit interchange revenue that supports the overall deposit account relationship, consumers will be forced to pay the difference (for example, free checking accounts would disappear) and this would create further obstacles to banking the unbanked.   Furthermore, opponents argue that banks will prefer to bank “less risky” customers.

The major financial regulatory agencies, led by the Federal Reserve, have partnered with community organizations in recent years to help bank the unbanked.  The question for the Federal Reserve now is whether the proposed rule will advance that mission or set it back.

2.  Will Savings from a Cap on Interchange Fees Be Passed on to Low- and Moderate-Income Consumers?
It is clear that a cap on interchange fees will create significant savings for many merchants and will simultaneously diminish the revenue of the card issuers and networks that currently benefit from higher fees.

Will savings from implementation of this rule, in its proposed or altered form, be passed on to consumers?  Or if a different (higher) fee schedule than the current proposed one is settled upon, how would this impact access for low- and moderate-income consumers for banking products?

Greenlining supports a proposal to reassess the true cost of interchange and possibly to change the fee cap in the proposed regulation accordingly.  However, if the fee cap is set higher than 7-12 cents, the Federal Reserve should require a guarantee of free checking and savings accounts for low- and moderate-income consumers, which are not currently guaranteed even with very high current interchange fees.  The card issuers and networks should also be asked, if a higher fee cap is to be considered by the Federal Reserve, what portion of the revenue would be redirected toward additional programs and services to help build credit and savings for low- and moderate-income consumers.

3.  What Remedies Will Be Available from the Federal Reserve, Other Financial Regulatory Agencies, and the Financial Institutions in the Event of Unintended Consequences That Increase the Numbers of Unbanked Households?
It is clear that the Federal Reserve Board shares our deep concern about the growing racial wealth gap in the United States.  Too many households in the communities represented by Greenlining are preyed upon by shady lenders, unable to save for college or retirement, and unable to pass wealth and assets on to the next generation.  More than half of African American and Latino children are born into families with no significant savings.

Hardworking members of our communities and their children are at a severe disadvantage as they attempt to climb their way out of poverty, and at the root of this disadvantage is a lack of access to traditional banking products and services.

If the Federal Reserve shares our uncertainty about the potential economic behavior of major actors and potential consequences for unbanked Americans resulting from this rule, we would urge the Federal Reserve to outline a series of remedies that would ensure continued and enhanced access to safe, affordable, basic banking products and services.

Such a set of remedies could include both regulation and voluntary leadership programs by the banks and card networks (for example, a voluntary aspirational goal set by the fifty largest financial institutions and monitored by the Federal Reserve, with an annual percentage target of households graduated from unbanked to banked).

The Federal Reserve has done much in recent years to bring more low-income and minority households into the economic mainstream, and if it has any uncertainty about whether those gains could be diminished due to this rule, it should clearly specify alternative remedies.  In doing so, the Federal Reserve will bolster not only the financial health of communities represented by Greenlining, but also America’s overall economic recovery. 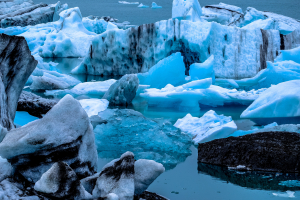