Aguilar noted that 11 of every 100 African-American homeowners and 17 of every 100 Latino homeowners “either have lost their homes or are at risk of foreclosure,” while over one third of California mortgages are estimated to be “underwater” – that is, with an amount owed that is greater than the home’s worth. With estimates of underwater mortgages running as high as 90 percent in some communities with large minority populations, Aguilar noted, “It is likely that a very large percentage of Latinos are severely underwater.”

In order to help prepare for “what could be a large new wave of foreclosures,” Aguilar urged the Fed to immediately release data on underwater mortgages by region, race and ethnicity. He also urged prompt release of 2009 and 2010 mortgage data to shine a light on what appears to be a disproportionate drop in prime lending to African-Americans and Latinos. Additionally, he urged the Fed to stop lumping Asian-American ethnic groups together in its data, noting that different Asian ethnicities often face starkly different circumstances – differences missed by the current methodology. 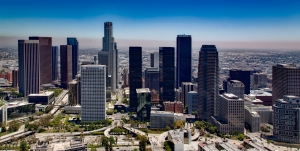 A Stimulus Package to Protect Workers and Families