The California Senate chief refuses to hold a hearing for Rachelle Chong, who had the backing of AT & T and Verizon, which benefited from her successful push to deregulate most land-line services.

The leader of the state Senate on Tuesday rejected a controversial appointee of Gov. Arnold Schwarzenegger who had been bidding for a second term on the commission that regulates state utilities.

Aides to Senate President Pro Tem Darrell Steinberg (D-Sacramento) informed the governor’s office that he would not hold a hearing to confirm Rachelle Chong. Chong, who has been severely criticized by consumer groups, was first appointed in 2006 and had been seeking a term that would have lasted through 2014.

The decision means she will have to leave the commission at the end of the year.

Chong, who functioned informally as the Public Utilities Commission’s main telecommunications regulator, had received support from the state’s two largest phone companies, AT&T and Verizon, which benefited from her successful push to deregulate most land-line services.

They lobbied for her confirmation, and AT&T solicited support letters from nonprofit groups and government organizations, some of which had received funding from the company. Both phone companies also donated to a nonprofit group affiliated with Steinberg.

The Senate is still considering whether to confirm Michael Peevey, who is Schwarzenegger’s choice as president of the PUC and who has also been criticized by consumer advocates. But Peevey, who is married to state Sen. Carol Liu (D-La Cañada Flintridge), a member of Steinberg’s Democratic majority, will have a hearing, Senate officials have said.

“It is outrageous that the Senate wouldn’t even give the courtesy of a vote to the first Asian American PUC commissioner, particularly in light of her identical voting record with her male colleague, Mr. Peevey,” he said.

Steinberg spokesman Nathan Barankin said the problem was Chong’s record, including efforts to deregulate phone services that he said could also raise rates for low-income users in the state’s Lifeline program.

“We felt it was important to have a commissioner with a little more enthusiasm for consumer protection,” he said.

Chong is a former Federal Communications Commission member who also worked as a lawyer in the wireless-communications industry.

On her PUC web page she says she believes in “light” regulation to encourage competition in a changing telecommunications marketplace.

Chong supporters say she protected consumers by capping rates during deregulation of land-line phone service and reduced a backlog of more than 25,000 consumer complaints. Consumer groups argue that her protections are coupled with giveaways for utilities, such as unlimited land-line prices after the rate caps end in 2010. They say backlogged complaints have mostly been closed without investigation.

AT&T, the state’s largest phone company, had collected and given to the Senate letters of support for Chong to lawmakers from a host of grassroots organizations. Some of the groups have received donations from the company or from a technology program that it helps fund and for which Chong is an advisor.

Murray Bass, head of a small nonprofit in Northern California, wrote to lawmakers saying Chong was a strong voice for low-income seniors. But in an interview, he said he’d endorsed her at the suggestion of executives at AT&T, which has given his group money.

“There’s an essential conflict of interest when a regulated — or supposedly regulated — entity is intervening on behalf of a regulator that’s friendly to them,” said Mark Toney, executive director of the Utility Reform Network, a group that opposed Chong.

AT&T spokesman Gordon Diamond said the company provided community groups with information on Chong’s “positive efforts” to counterbalance “an aggressive, systematic campaign by a small group of activists” to distort her record.

Groups that backed her and got AT&T funds included Cristo Rey High School in Sacramento, the California Utilities Diversity Council, the Fresno-Madera Agency on Aging, the Latino Journal and the Organization of Chinese Americans, according to public records or the groups’ websites.

Public records show that Verizon also donated $125,000 last month to the nonprofit Capital Unity Council, on whose board Steinberg sits, at the senator’s request. AT&T has given $633,000 to the same group since last year. 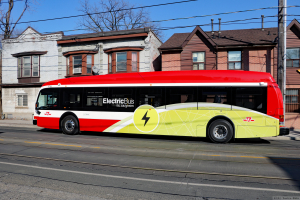 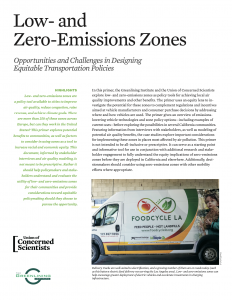