About 100 demonstrators marched through San Francisco’s Financial District on Thursday, calling on the recipients of billions in federal bailout funds to do more to funnel that money to consumers and communities in need.

Holding signs such as “Main St. Revolt” and “Billions for Borrowers Not for Banks,” the protesters stood and chanted in front of the offices or branches of seven banks that have received or will receive money in exchange for preferred shares under the Troubled Assets Relief Program. The companies included Bank of America Corp., Goldman Sachs Group Inc. and Citigroup Inc., among others.

The Greenlining Institute, the Berkeley consumer advocacy group that organized the event, is calling for a six-month moratorium on home foreclosures, increased banking services to low-income communities and small businesses, and greater transparency on the use of bailout funds.

The U.S. Senate voted on Tuesday to release the second part of the TARP capital, another $350 billion, to the Treasury. 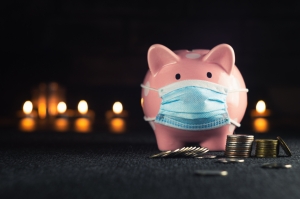