The United States now stands as the only industrialized nation still opposed to the Kyoto Protocol after Australia ratified the international treaty. Despite the Bush Administration’s failures to ratify Kyoto, American corporations, with little government prodding, are eager to participate in the $5 billion carbon market. Unfortunately, communities of color most impacted by global warming are unlikely to see the direct benefits of this growing carbon market unless changes are made to our current model of purchasing and trading carbon credits.

Current Carbon Market and Its Limitations

The carbon market is an offshoot of the Kyoto Protocol that demands greenhouse gas emission cuts from industrialized countries. The mechanism under the protocol allows rich countries to buy carbon credits to offset their targets, in return providing funds to developing countries to buy clean technologies.

Here is an example of how carbon credits work. Vice President Gore, winner of the Nobel Peace Prize for his work on climate change, flies around the world on jet airplanes in his quest to fight global warming. In doing so, he pollutes at least 1,000 times more than the average person sitting at home watching television. To prevent global warming from his pollution generating activities, Gore purchases carbon credits in his goal to be “carbon neutral.” Gore buys credits in a carbon market that are then transferred to activities that help fight global warming, such as planting trees or building wind turbines in developing countries.

This model is problematic for our country’s low-income and minority communities for several reasons. First, it allows polluters to disproportionately continue poisoning communities of color. Second, no benefits go directly to those communities suffering from poor health as a result of this pollution. No matter how many trees are saved in Indonesia, America’s black and Latino children will continue to suffer from high rates of asthma. The current model allows emitters to fly in and out of the Oakland Airport, for example, where residents of Oakland disproportionately suffer from air pollution, then buy their pollution credits from countries far away.

An Alternative Domestic Model for Communities of Color

Though the controversy behind “paying to pollute” is a viable concern, carbon trading is probably a permanent fixture in our efforts to fight global warming. However, it can be improved to become more effective at fighting global warming and to ensure that communities most impacted by global warming receive direct benefits. An alternate model to carbon credits in the U.S. would be to use dollars domestically for local projects that directly assist our nation’s low-income.

Dollars from carbon credits can be used to weatherize homes, install solar panels, and invest in clean energy public transportation projects. In addition, more investments in clean public transportation could encourage more people to leave their cars at home. This proposed model provides dire assistance to communities disproportionately affected by pollution. If carbon credits can have a double impact, such as fighting poverty and global warming, then better. 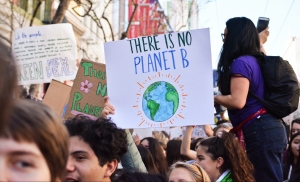 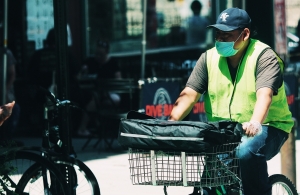 What the U.S. Can Learn from California’s Playbook on [...]