Advocates urge the court to consider impact of Net Neutrality repeal on people of color, other groups

Washington, DC —  Members of the nation’s largest racial justice network for media, technology, and cultural change filed an amicus brief today as part of a lawsuit challenging the Federal Communications Commission’s repeal of Net Neutrality. The Center for Media Justice (CMJ), alongside Common Cause and Greenlining Institute, filed the statement with the D.C. Circuit Court of Appeals, detailing the importance of Net Neutrality to communities of color.

The authors of the legal brief are members of the Media Action Grassroots Network, and represent a broad coalition of organizations nationwide that have been arguing for years that access to a free and open Internet is a racial justice issue.

The following statement can be attributed to Center for Media Justice Campaigns Director, Steven Renderos:

“The Federal Communications Commission’s repeal of Net Neutrality was not only potentially illegal, it was also harmful to communities of color. The FCC’s actions took away a platform that helped a hashtag like #BlackLivesMatter turn into a movement for change. It created a community online for many queer, trans and gender non-conforming people who only felt isolation in real life. It gave artists like Issa Rae a platform to create stories that Hollywood ignored. We’re filing a brief today because an Internet protected by Net Neutrality is the platform that people of color deserve and we’re ready to fight to save it from the courts to the streets.”

The following statement can be attributed to Greenlining Interim Telecommunications and Technology Policy Director Paul Goodman:

The full list of endorsers to the legal brief include 18 Million Rising, Center for Media Justice, Color of Change, Common Cause, Greenlining Institute, Media Alliance and Media Mobilizing Project.

The full amicus brief can be found here: http://centerformediajustice.org/resources/net-neutrality-amicus-brief/

Launched in 2009, the Center for Media Justice is a national racial justice center for media and digital rights based in Oakland, California.

The Media Action Grassroots Network (MAG-Net) is the largest multi-issue action network for communication rights, access and representation in the United States. 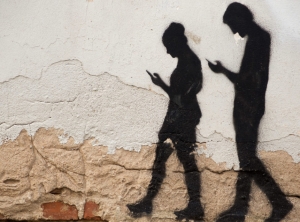