Something amazing is starting in California, and it’s changing Latino lives for the better all over our state.

Jesus Magallanes, who usually calls himself Jesse, is one of them. Born in Los Angeles, Jesse has lived in Visalia since age 17, working in construction most of that time.

But the construction industry “took a big old hit with the economic downturn,” he explains. So he did odd jobs to get by – at packinghouses, driving a forklift, whatever he could get. The jobs were always part-time, at or near minimum wage, and he often had to juggle four or five small jobs at a time to barely make ends meet.

It was a struggle. “I was making $300 a week and I had to move back into my parents’ house in Visalia,” he recalls. He helped his parents out with rent, living with them for three years while working multiple jobs and looking for better opportunities.

Then, he heard that jobs in the solar energy industry were starting to open up in his area. Jesse went through solar installation training at Proteus Inc., a local technical school. While training with Proteus, he did over 100 hours of volunteer work with GRID Alternatives, a national nonprofit that provides job training in solar installation and no- to very low cost solar power systems for low income families. He did well enough that he became a GRID team leader.

When we met Jesse, he was leading a crew putting solar panels on the home of a low-income Latino family in the Central Valley town of Madera, Gerardo and Leticia Ramirez.

Thanks to two smart laws, AB 32 and SB 535, SASH and similar programs are now getting a $75 million boost in the current fiscal year, and will continue to grow over time.

Under these laws, California charges big, industrial polluters for the filth they put into our air. That money then goes into a fund that finances projects to further clean our air, save energy and promote clean power sources like solar and wind. And by law at least one quarter of those funds must go to projects that help economically disadvantaged, highly polluted communities.

Sadly, that list of polluted and economically struggling neighborhoods includes plenty of heavily Latino communities and other communities of color around the state, from Madera and Fresno in the Central Valley to East Los Angeles, the Inland Empire, parts of San Diego and more.

The polluters don’t like it one bit, and they’ve been pressing the state legislature to weaken and kill these good laws.

We can’t let them succeed. To help get the word out to our communities about the benefits of California’s climate and clean energy laws, we’ve assembled the stories of people like Jesse, along with practical information for families and business owners, and put it all onto a special website, in both Spanish and English. We invite you to visit es.UpLiftCA.org (Spanish) or UpliftCA.org (English) to learn more. 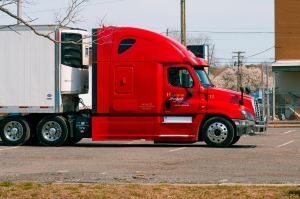 Why Sprawl Could Be The Next Big Climate Change [...]