The three-way Charter/Time Warner Cable/Bright House merger hit one of its major milestones this week, as the first deadline for filing comments with the FCC has come and gone. As one might expect, consumer advocates and competing businesses are less than thrilled with the major merger plan.

Definitely Against
Consumer advocates may not be quite as volubly and vehemently opposed to this merger as they were to Comcast’s attempt to buy Time Warner Cable, but neither are they fans. Several have filed petitions in opposition to the merger.

As Public Knowledge et al. put it, “An arms race where consolidation begets consolidation, where constant dealmaking increases the industry’s debt-load, and where cost-cutting takes the place of innovation, is not likely to lead to lower prices, increased diversity of content, or new services for consumers.”

The Greenlining Institute and the Writers Guild of America, West also filed comments against the merger. Greenlining Institute says that the transaction is not in the public interest because it would disproportionately harm low-income consumers, who are “less able to afford rate increases, overage fees, early termination fees, or unreasonable or excessive non-recurring charges than other subscribers.” The WGA, on the other hand, cites harm to competing programming providers, competing pay-TV subscription companies, and broadband competition.

Common Cause also collected and presented a huge number of individual consumer comments through their own form letter.

Consumer advocates were not the only opposition; Dish Network also filed a petition to deny. Dish argues that the merger would create a nationwide cable duopoly — Charter and Comcast — in which it would have trouble competing with its over-the-top service, Sling. Dish outright calls the merger similar to the failed Comcast/TWC bid, including several pages of matching quotes from the two organizations, and arguing that just because Comcast is still bigger, does not mean a larger, merged New Charter will be okay.

Completely In Favor
Counting the cost of philanthropic endeavors as part of the business of making business is completely common. Comcast relied heavily on those connections when it tried to buy Time Warner Cable last year. The businesses at play here have drummed up letters of support from dozens of small regional organizations that they have worked with in the past.

Dozens of Chambers of Commerce of small and medium towns and cities have signed on in favor, as have some mayors. Several non-profit and philanthropic organizations have also jumped on board, from Boys and Girls Clubs to museums.

Non-profit organizations tend to cite “financial and networking support” that one of the merging entities — sometimes Charter, sometimes Time Warner Cable — has provided to them into the past. Many specifically call out the usefulness of broadband internet in promoting STEM education among lower-income, underserved children. The non-profits argue that allowing New Charter to expand will allow each of them to work better in meeting their missions, from housing to education.

Or Perhaps We Should Pause And Actually Discuss Something Else
There is a category of comments that basically says, “Procedurally, something is wrong or irritating here that adversely affects us so let’s hit pause on the whole thing with these guys and talk about us for a while first instead.”

The National Association of Broadcasters asked the FCC to hold the proceeding until after reviewing and revising rules on broadcast TV ownership.

Another large group of media businesses, including CBS, Disney, Scripps, Time Warner, 21st Century Fox, Univision, Viacom, the MPAA, and the Chamber of Commerce, is still annoyed about the wayconfidential information is treated in merger discussions. They want the entire proceeding shelved until that can be revisited. Comcast — on behalf of its media arm, NBCUniversal — asked for basically the same thing in a separate filing. (Comcast couldn’t be a part of the group that complained during the last mega-merger review, because they were one of the entities trying to do the merging.)

AT&T doesn’t exactly object, but wants the FCC to take deeper looks at basically every aspect of the transaction first and then maybe oppose it anyway. The company, which just completed its own $49 billion merger with DirecTV, wrote that it “does not oppose the Charter/Time Warner Cable/Bright House merger,” but that the FCC should “consider the impact of cable consolidation and coordination on emerging competition” because the cable industry is “marked by a lack of head-to-head competition.”

Now What?
The first deadline has passed, but the pleading cycle carries on. Replies to comments are due early in November, and replies to the replies are due a few weeks after that. The docket will be closed to new opinions, if everything stays on track, before Thanksgiving, after which the FCC will continue digging through the data. 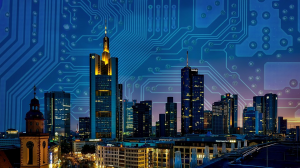