Fifty years ago, on Dec. 14, 1964, the U.S. Supreme Court unanimously rejected a legal challenge to the Civil Rights Act of 1964, making possible half a century of progress toward fairness and justice.

It’s hard to picture the current justices doing the same.

The case was called Heart of Atlanta Motel v. U.S. A motel owner in Georgia wanted to keep discriminating against black patrons, arguing that the Constitution did not allow the federal government to prohibit private discrimination.

Back in 1883, the court had indeed said the federal government had no such authority. And Barry Goldwater, the 1964 Republican presidential nominee, was a strong advocate for the view that the Civil Rights Act was unconstitutional.

Had the motel succeeded, the law would have been toast, and the history of the last 50 years would have been radically different. We might well still have businesses with “Whites Only” signs in parts of the country.

Happily, the Supreme Court unanimously upheld the law, stating unequivocally that the federal government does indeed have the power to protect Americans from discrimination.
Would the current high court do the same? Probably not.

Last year, the Supreme Court gutted the other key pillar of civil rights protections, the Voting Rights Act. “Our country has changed,” wrote Chief Justice John Roberts for the court majority. The law, he said, was “based on 40-year-old facts having no logical relationship to the present day.”

In short, Roberts and colleagues held that because the Voting Rights Act had worked, it was no longer constitutional.

The same argument could easily be made against the Civil Rights Act today. After all, “Whites Only” signs have disappeared, right? Segregated lunch counters and drinking fountains are historical relics, so why should the feds be able to dictate private behavior based on old facts “having no logical relationship to the present day”? Because discrimination still exists, even if its more overt manifestations have faded. We still live in a country with profound racial inequities, and the notion of a colorblind America is a myth.

The aftermath of the Supreme Court’s ruling to gut the Voting Rights Act provides proof. More than half of the jurisdictions that used to have to get federal approval for changes in voting rules — because they had a history of discriminating against minority voters — rushed to pass new restrictions on voting. Ample evidence shows that these restrictions disproportionately hurt the poor and voters of color.

Fifty years ago, the U.S. Supreme Court was a beacon of hope for those who had the least in this country. Sadly, those days seem to be over. 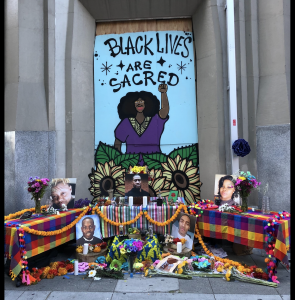 Trump is Politicizing the Census