It’s no secret that the recent financial crisis devastated communities across the nation, and that it hit vulnerable communities — particularly communities of color — the hardest. Critical steps have begun to mend the damage and create a regulatory system equipped to avert the next crisis by better representing and responding to these communities, but we still have a long way to go.

In the Wall Street reform bill, officially called the Dodd-Frank Wall Street Reform and Consumer Protection Act, Congress specifically acted to ensure that the needs of communities of color were addressed. A key mechanism for this was Section 342 of the law, which established Offices of Minority and Women Inclusion (OMWIs) in 20 major financial regulatory agencies. These offices are charged with increasing diversity in each agency and the businesses they regulate.

Why is this important?

People of color are an important force in this country. We constitute a majority in places like California, New Mexico, Texas, Hawaii, and the District of Columbia, and are projected to be the nation’s new majority in less than 30 years. If communities of color don’t prosper, America can’t prosper. In 2008, we learned the hard way what happens when regulators neglect these communities, which were disproportionately targeted by predatory lenders and suffered higher rates of foreclosures.

To do their job properly, financial regulators — the people in charge of securing our economic future — must understand how their policies affect these communities. And that’s why we desperately need people of color in these positions — people who have lived and breathed how financial policies and institutions impact their communities.

Section 342 mandates that the OMWIs “develop standards for equal employment opportunity and the racial, ethnic, and gender diversity of the workforce and senior management of the agency.” While overall workforce diversity is important, it particularly matters that people of color are represented in senior management — the decision-makers. Sadly, a 2012 Greenlining Institute report found that this isn’t the case. The OMWI reports issued this spring (with data from 2012) confirm that diversity in these positions continues to be generally, and sometimes frightfully, lacking.

It’s clear that the OMWIs face a lot of challenges, but after two years, they have yet to produce the diversity standards for senior management that the law requires. Without clear standards, the OMWIs aren’t fully carrying out their mission.

Of course, it helps to know where you are before trying to decide where to go and how to get there. Section 342 mandates that the OMWIs report to Congress every year about the diversity of their agencies, but there is no requirement for how they report this information. As a result, the OMWIs’ latest annual reports are all over the map in terms of detail and specificity. The agencies even have different definitions of what constitutes “senior management,” making comparisons between agencies impossible.

In order to do their job and develop diversity standards that make sense, the OMWIs need to report their findings in a uniform fashion and clearly break down diversity distribution by race and job position. Right now, most of them don’t.

Some of the OMWI’s 2013 Annual Reports give more robust breakdowns than others. Agencies like the Federal Reserve Board of Governors, Office of the Comptroller of the Currency, National Credit Union Association, and the Securities and Exchange Commission break down their workforce diversity among racial and ethnic categories, and also by rank throughout their respective agencies. How they report these breakdowns, however, is inconsistent. Other agencies like the Consumer Financial Protection Bureau, Federal Deposit Insurance Corporation, and the Federal Housing Finance Agency only give general overviews of the racial makeup of their workforce. It’s important to know how those diverse staffers are distributed throughout the agencies — how many, for example, are in positions with real authority? — and what kinds of barriers they may face.

The good news is that no one needs to reinvent the wheel to do this. There’s already a great template out there that shows workforce breakdown by race and rank. It’s issued by the Equal Employment Opportunity Commission (EEOC) and is currently used by the OMWIs in the Federal Reserve System Banks and the Office of the Comptroller of the Currency in their reports. Use of this EEOC template should become standard practice, and quickly. The OMWIs are due to release their standards in the summer of 2013, and need to get their own houses fully in order before they move on to the next stage of their mandate: monitoring diversity at financial institutions in the private sector.

I know a lot of this probably sounds like bureaucratic drudgery. It’s not. People’s backgrounds shape their world views and priorities, so the diversity of decision-makers has very real implications for folks on the ground.

While there’s no way to know whether the financial crisis would have been prevented if regulators were more diverse, I know one thing for certain: Government should look like America. We still have a long way to go, but we can get there. The OMWIs can serve their intended purpose as the vehicle to ensure that all are represented, but only if they can first get this stuff right. 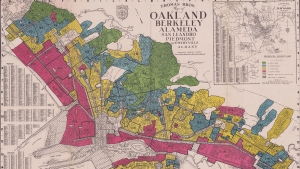 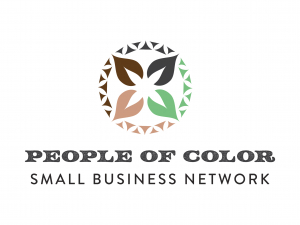