On May 5 and 6, The Greenlining Institute hosted our annual Economic Summit -- Momentum: A Virtual Summit on Racial Equity. We took our theme from the renewed sense of hope and optimism taking root across the country as we  emerge from the overlapping crisis of the past year. As we breathe a collective sigh of relief that our democracy has withstood its biggest modern-day test, we know that now is no time for complacency. Our speakers and panels captured how this moment is a time of momentum -- a time for advocates, organizers, activists, and artists to come together to strengthen the movement for equity.

In her opening remarks, Greenlining President and CEO Debra Gore-Mann set the tone, saying, “In all walks of our life, we have begun to build a different country. A country built up from the ground up in unforeseen ways. It is a time for deep change. A deep change not only in our environmental and economic lives, but in ourselves.”

Fireside Chat on a Historic Time of Momentum

Manuel Pastor, Professor of Sociology and American Studies & Ethnicity at the University of Southern California, spoke with Nsé Ufot, Chief Executive Officer of The New Georgia Project about the extraordinary work that turned out voters of color in Georgia earlier this year and how to build on the momentum for change. Ufot noted that the current pushback against racial equity represents an old pattern: “Every expansion of rights we’ve seen in this country has been met with corresponding backlash from White people.” But she also voiced confidence in the ultimate success of those seeking racial justice because, “There are more of us than there are of them.”

Introduction by The Greenlining Institute's President and CEO Debra Gore-Mann

REFLECTIONS ON THE STATE OF MOVEMENT BUILDING

Alicia Garza, Principal of the Black Futures Lab, moderated a powerhouse discussion featuring Alex Tom, Executive Director of the Center for Empowered Politics, Anti Police-Terror Project Co-Founder Cat Brooks, and Dulce Garcia, Executive Director of Border Angels. Garza framed the discussion by noting that 2021 represents “a moment of opportunity that we haven’t had in decades,” but that plenty of work remains in order to take advantage of that opportunity.

Each speaker concurred with that sentiment in their own way, with Garcia emphasizing that, even as the new administration sounds far better on immigration than the old one did, the real work has just started: “We should reframe our thinking, our language, our policies, our laws from a humanitarian aid approach,” adding that “the abolishment of ICE is one small portion” of what ultimately needs to be done.

Brooks expressed the need for communities of color to take the lead, saying bluntly, “We need to stop waiting for the master to give us the tools for our liberation." Tom added, “We need solidarity within and solidarity across ... There are a lot of missing voices in our community,”  including those of undocumented people, Sikhs and Pacific Islanders, among others. We can break down doors, he, noted, but then we  must find ways to keep them open.

KEYNOTE AND Q&A WITH ISABEL WILKERSON, BEST-SELLING AUTHOR OF CASTE & THE WARMTH OF OTHER SUNS

Wilkerson, whose best-selling book Caste compares the U.S.’s racial stratification to the ancient caste system of India, traced the thought process that led to her writing the book and its implications for today. “We have to confront the difficult question,” she said, “how is that these two countries, the United States and India, lead the world in COVID cases?”

A caste system – whether open and acknowledged as in India or unspoken and unacknowledged as in the U.S. -- “embeds the sense of difference, a sense that some people are unworthy and undeserving,” Wilkerson said. And that has tragic impacts: “It’s literally costing lives.”

The U.S.’s caste system, Wilkerson said, has lingered since the nation’s origins: “Far too many people speak of slavery as a dark chapter in our country, when in fact is was the social, political and economic order established in our country.” And, she emphasized, slavery was not some transient phenomenon, noting, “It will not be until next year, 2022, that the United States will have been a free and independent nation for as long as slavery lasted on our soil…. We have inherited a 402-year-old social order. In order to dismantle the social order, it will take absolutely everything we have as a society. It takes everyone recognizing the urgency of our situation and being on the same page of what it took to get us to this point.”

If there is to be a solution, Wilkerson offered, it may lie in what she terms “radical empathy” --“being willing to do the work that it takes to truly understand another person’s situation.” We will not be publicly releasing a video of this session.

Day 2: Galvanizing the Next Wave of Change

Secretary of State Weber got Day 2 off to a rousing start. She spoke of the obstacles she faced as a young person and how those memories have propelled her, saying, “My dad left Arkansas because they wanted to kill him. He was an African American man who stood up for himself.”  Those memories, she said, “stuck in my heart and my spirits: Never forget from whence you’ve come,” adding, “I saw it as my responsibility to open this door, to knock it down, to make it happen.”

Weber left us with a strong call to action: “If you stand up and you’re courageous and refuse to bend... You will win.”

History has shown that culture and narratives have the power to shape a movement and inspire transformative action. “Culture is the battle for the imagination” – in a few words, Faviana Rodriguez, co-founder & president of the Center for Cultural Power, summed up the essence of this pointed and enlightening session. Kyra Kyles,  chief executive officer of YR Media flagged the crucial nature of this moment: “This is to me a real racial tipping point,” she said. “Just like the pandemic, we cannot go back to normal.” What does that look like? “What I want to see is the media being a mirror to society, not a mirror to the privileged.”

YR Media youth journalist Primo Lagaso Goldberg noted pointedly that “representation is not always indicative of social progress….I think diversifying not only who is in the media but where we get our media is going to be key.”

Over a year into the pandemic, many of us have experienced fatigue and burnout as we live through multiple overlapping crises. While this Summit speaks to the theme of ‘momentum,’ this session will get more nuanced on the theme and what it means to us personally as organizers and advocates — championing a type of momentum that makes space for pause, rest and self care. Session facilitator Kelsey Blackwell will lead attendees through ways to cultivate long-term resilience to sustain the hard work ahead.

Kelsey Blackwell is a somatic practitioner and writer dedicated to undermining the master’s tools with contemplative, embodied and creative practices. She supports womxn of color to trust and follow the guidance of their bodies so they may powerfully radiate their worth, dignity and wisdom in a world which sorely needs this brilliance.

How can we reimagine a society that is truly built upon principles of justice and equity? Incremental change alone will not deliver true racial equity. Greenlining Institute Vice President of Policy opened this concluding discussion with a simple message: “We have to dream big. ... Simply going back to where we were, that’s just not going to cut it.” PolicyLink Founder in Residence Angela Glover Blackwell seconded the motion, saying, “We are never going back to the status quo that existed before we began to build a new world.”

Michael Tubbs, Special Advisor for Economic Mobility and Opportunity to California Governor Gavin Newsom noted that that status quo was actually “very bold and kind of radical  in a dystopian way.”  And that, Blackwell added, can make what seem like radical solutions necessary. Police abolition, she said, “is such a perfect example of radical imagination and how we can move people to a new place. … What makes it radical is based on a historical analysis of why we have them in the first place: control and contain ... This is not a system that was ever designed to create safe communities.”

“If a system is wrong and immoral,” Blackwell concluded, “you don’t reform it, you abolish it.” 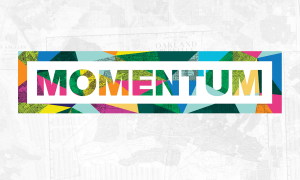