For women of color, policy has always had a big ”Do Not Enter” sign in front of it. But when Donald Trump was elected to office, a flame was ignited within our communities to abolish oppressive policy systems. During my time at Greenlining, I have been able to find my voice through policy, and I plan to continue fighting to create a safer and less toxic world through advocacy.

In 2016, many people who live in the United States were shaken when they heard the news that Donald Trump was elected president. I remember that night very clearly: I was 22, living in D.C., had just graduated college, was working in education policy, broke and emotionally broken after watching the seven-hour election results. The unspeakable had become our reality-- Donald Trump was elected as the president of the United States.

That night I couldn’t sleep, as I thought about how unclear the future would be for the people I love. When I went to class the next day, some of my White peers were truly shocked because before Donald Trump was elected they believed that the United States was post-racial. As a person who has been directly impacted by racist and oppressive policy systems, I was infuriated with my classmate's ignorance. From an early age, my parents taught me that the United States is an unjust country that capitalizes on the bodies of poor people. As immigrants, both my parents had to suffer through immense traumas because of unjust policies that were intentionally created to treat them more like cash cows than people. The lack of agency and disempowerment that they had to go through illustrated to me an early age how inequitable and racist the U.S. is.

The injustices that my parents have had to face, and being alive in such an unsafe and harmful time in the world, has inspired me to create change through policy and advocacy.

As a policy advocate, I use the lessons that I have learned from community organizing to intentionally center policy with community at the forefront.  At each step of my policy career, I have had to defend my racial justice perspective; I have been criticized, tokenized, and forced to prove myself. There have been many times where I wanted to quit, but I have not done so because I'm fighting not just for myself, but for my community as well. I remind myself of this every day and have explicitly tried to make sure that the communities who are most affected by oppressive policies are the ones leading the policy movement. I have used this perspective while at Greenlining, and have learned that this process is anything but easy. It’s messy, complicated and community members often rightfully distrust policymakers, yet, this is the only way for policy to stimulate any type of change.

Working as an Energy Fellow I was able to see big energy wins, specifically when thinking about how to incorporate community within the policy process. One key project that I was able to support was the creation of a community walking tour for a projected solar project in my hometown of Los Angeles. This project hit close to home because it was my home; my mother lives 3 blocks from the site. As I walked participants to different sites, I was able to share narratives about pollution, mobility, and previous community movements. Seeing community members, energy advocates and technicians come together to problem-solve about energy solutions further ingrained within me the importance of having community at the center of policy. 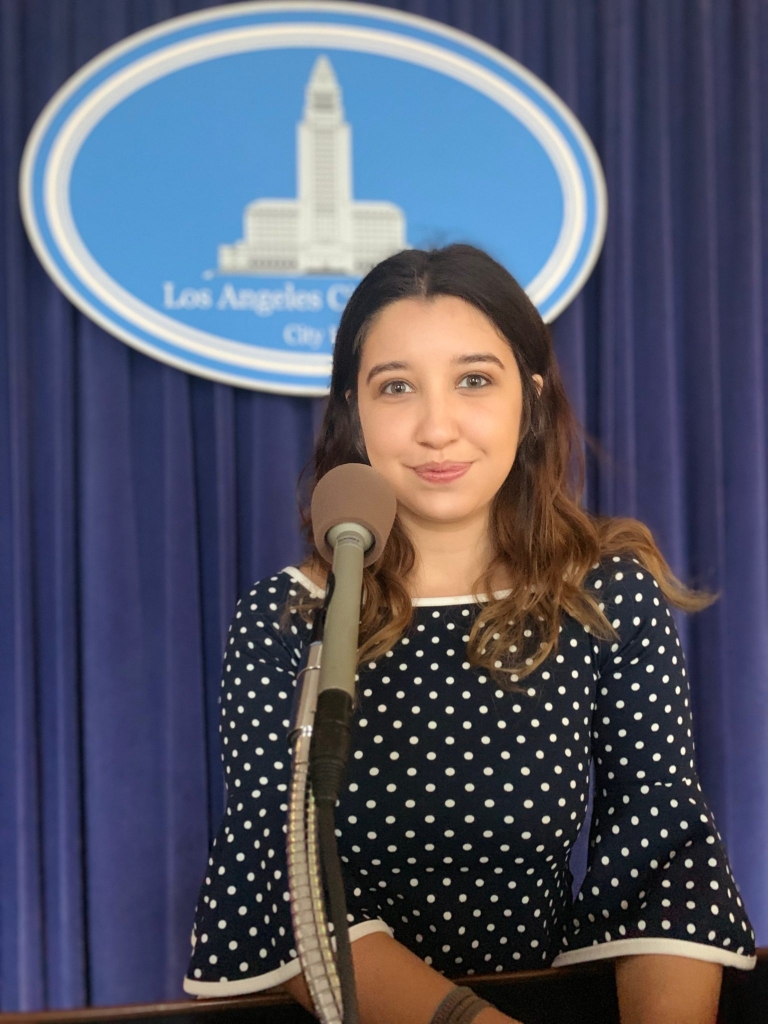 When I started my path into policy as a student in 2013, I never imagined that I would be here at Greenlining working on Clean Energy policy efforts. Greenlining has given me the space to advance my understanding, expertise, and passion for creating just policy systems. As I begin to reflect on my one-year experience, I know that I have gained critical advocacy, public speaking, and analysis skills that will help me in my path to becoming an attorney.

I plan to use these skills. I plan to use the expertise, and knowledge that I have gained at Greenlining and teach youth about strategies in fighting for liberation by understanding the legal and policy system.

Greenlining and the Academy Fellowship have taught me how to #ChangeFromWithin and stand in my truth unapologetically, and without fear. With the mentorship and leadership that I have gained, I will find ways to make this unsafe world become safer for those who have been contextually ignored and abused. 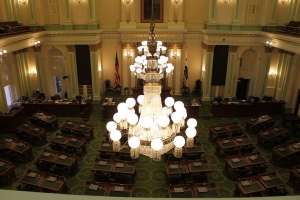