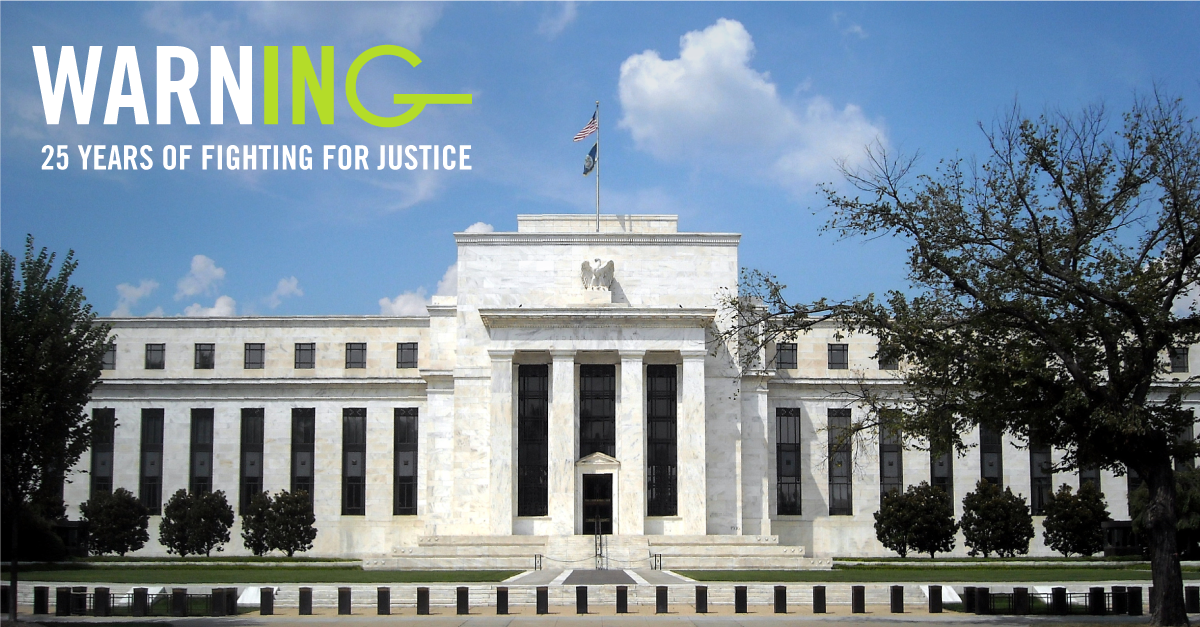 It’s considered rude to say, “I told you so,” but as far as the 2008 financial crisis goes, we did. Now a new wave of financial deregulation could set up a rerun of the predatory lending boom that devastated communities of color and tanked our entire economy.

We’d had a fairly cordial relationship with Federal Reserve Board Chair Alan Greenspan going back to Greenlining’s early days in 1993-94, so we hoped that he’d listen when we told him we were worried about what was going on with adjustable-rate mortgages and subprime lending.

As the housing boom started to take off in the late 1990s and early 2000s, something of a “wild west” atmosphere began to take hold in the mortgage market – particularly in subprime mortgages, targeted at borrowers with less well-established credit. We began warning Greenspan and his fellow regulators as early as 1999, and repeated those warnings over the years, as documented in the Academy Award-winning documentary about the 2008 financial crisis, Inside Job (you can even see our cofounder Bob Gnaizda in the Inside Job trailer).

But Greenspan brushed it off. He told us,

“That’s great that there’s so much innovation in the market. That means the market is working.”

We weren’t convinced.  And research by one of our Fellows confirmed that high-cost subprime mortgages in California went disproportionately to Black and Latino borrowers – who were three times more likely than White borrowers to receive such high-cost loans. Some of those loans were being written in ways that had hidden traps for unsuspecting borrowers. It seemed like trouble for our communities.

Making little headway one-on-one with Greenspan or in conversations with the banks themselves, we sounded the alarm publicly in the pages of American Banker (paywalled, unfortunately). In 2004 we warned that an unregulated explosion in adjustable-rate mortgages could become a “time bomb” that might lead to “foreclosure and disaster for the vast majority of families that already live on the edge and have little or no discretionary income.”

In May 2005 – fully three years before the mortgage market completely imploded and took the economy with it – we got more specific, writing again in American Banker about predatory lending practices that “could cause a wave of future foreclosures.” These increasingly common practices included deceptive teaser rates and artificially low payments that led to “negative amortization” – a wonky banking term meaning that if you make all your payments on time, the balance you owe goes up, not down.

We didn’t want adjustable-rate mortgages banned. We just wanted to stop the abusive and risky practices that led unsuspecting borrowers into financial traps. We saw some glimmers of hope in statements from a few financial institutions, but neither they nor federal banking regulators were willing to make the serious changes that were needed. Frankly, everyone was making too much money and no one wanted the gravy train to stop.

Join the fight and keep up with the latest developments!

Looking back with the advantage of 20/20 hindsight, we should have screamed even longer and louder and more publicly. And sadly, we may well get the chance to do it again. Today we see politicians beginning another wave of deregulation that threatens to let loose a new round of predatory lending and could well lead to a rerun of the 2008 financial crisis.

Last year the Trump administration moved to cripple the Consumer Financial Protection Bureau, created after the crisis to protect consumers from the sort of predatory lending that tanked the economy. And on March 14, the Senate passed a bill to seriously weaken other financial reforms contained in the Dodd-Frank bill, prompting the Congressional Budget Office to warn that the measure could increase the chances of a repeat of that 2008 financial crisis. Notably, this wasn’t just a Republican bill. Despite warnings from Sen. Elizabeth Warren (D-Mass.) that it represented “a punch in the gut to American consumers,  16 Democrats voted yes.

That’s not all. For weeks now we’ve heard rumblings of a coming move to weaken the Community Reinvestment Act, a crucial law that has helped to combat redlining and bring much-needed investment into low-income communities of color.

The 2008 financial crisis devastated communities of color and brought hardship to families of all colors. It will take all of us to stop Congress and the administration from going farther down the deregulatory path that we know leads to disaster. I hope you’ll join us in this fight.

Orson Aguilar is President of The Greenlining Institute.

2018 marks The Greenlining Institute’s 25th anniversary. We’re marking the occasion by sharing some highlights and memories of our first quarter century. Read the rest of the series here.

Join the fight and keep up with the latest developments!