In the world of tech, I’m something of a chupacabra.

According to them, mythical creatures like me don’t exist in real life. When questioned about diversity, most tech companies — from Facebook, to Google, to Amazon — all express a strong commitment to diversity but will invariably blame their dismal numbers on a shortage of qualified women and/or people of color. Not only is this just straight up racist and sexist, it’s downright absurd. 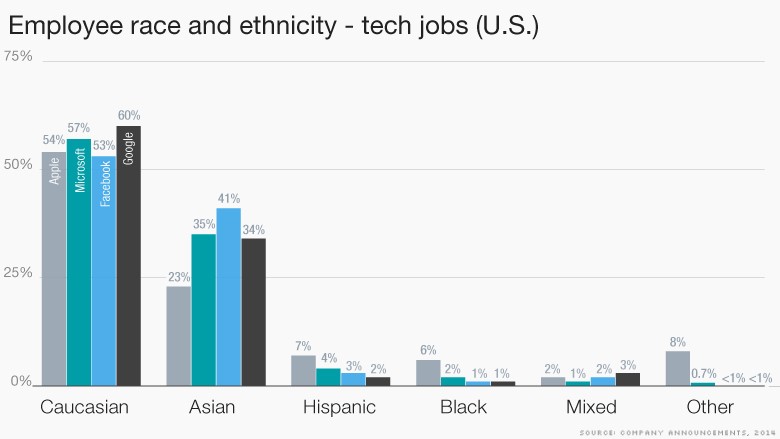 [This is the part of the article where I make the obligatory disclaimer and acknowledge I’m speaking in very general terms about the industry. Companies like Intel seem to be headed in the right direction and are actually giving diversity nerds like me hope for the rest.]

These companies have so much data on people they can predict what trimester expecting couples are in. Think about that for a second. If they can do that — and if we can get a man on the moon for pete’s sake — they can find some brown folks and women to work in the field. Any argument against that is BS, plain and simple.

This isn’t to say that pipeline programs to develop the future engineers, lawyers, and venture capitalists of Silicon Valley wouldn’t help. They are critically important. At the same time, we can’t focus solely on skill development. Tech has to work equally hard to make an environment that will attract and retain top notch, diverse talent. Stock options, fancy perks, and fat paychecks aren’t enough — at least for mystical creatures like me.

I won’t pretend to be holier-than-thou and claim that those things don’t intrigue me. Of course they do. What keeps me from tech, and corporate America in general, are the “prices of admission” for women, people of color, and other marginalized communities. Blogs-turned-exposés by former Uber and Twitter employees, Susan Fowler and Leslie Miley detailing their struggles with sexual harassment and discrimination in the workplace, illustrate what I mean.

The experiences of those two are by no means anomalies. When I check in with my brown tech friends — especially after something like the election or yet another police shooting — responses range from a deep sigh and a knowing look to a full-out rant about how grinding the company culture makes their otherwise loved jobs. Even during visits to big tech companies, I myself feel tremendously uncomfortable with the stares and head-turns I receive as my heels click down the hallways. It feels like I’ve accidentally walked into the men’s bathroom and am obviously, inappropriately out of place.

Tech companies consistently make it clear they will only deal with diversity problems when they threaten profit. For example, Greenlining and others have consistently advocated for transparency in data and the need for racial equity in programming, only to be assured that the neutrality of technology ensures equality among users. It’s not until a public outcry at a shareholder meeting or a “legitimate study” on racism by bigwig academics that we hear a markedly different tone of acknowledgement and investment in inclusivity. This isn’t just bad business; it effectively dissuades potential hires. It makes me furious to think about how many future leaders of the industry have gone elsewhere because of tech’s bro culture.

I’m going to end this piece by saying something pretty radical for a young woman of color: I am smart and capable. I am a walking, breathing case of #blackgirlmagic. I have skills to take me anywhere I please in this world, and I’ll be damned if I’ll take all of that to a place that doesn’t respect, protect, and value all parts of me. I slay here at Greenlining because I can freely and unabashedly show up as a woman, as a person of color, as someone with mental health struggles — not in spite of it. Until the tech giants of the world signal a genuine openness and commitment to a just workplace, this chupacabra will be grazing elsewhere.