Perspective.  We all struggle for it, and for most of us that struggle’s only gotten worse since last November’s election. One way to get some perspective is to turn off the TV, put away the smartphone and detach from the cascade of madness that is the news. Sometimes nature will tell you things you won’t get from Twitter or Facebook or cable news.

On Sunday, I went for a hike in the Indian Valley Open Space Preserve outside of Novato.  After years of punishing drought, this winter’s rains have brought about an astonishing transformation.  Instead of the brown, dry desolation California has experienced, the creeks burbled, the waterfalls splashed enthusiastically, and the landscape in every direction practically exploded with green – the sort of vivid, electric green you see more often in tropical places than in California.

This is what an ecosystem looks like when it starts to heal.

And as I left the park, I felt something that I literally had not felt since November: optimism.

I didn’t realize it at first, but while driving home, I decided to play some music. My car stereo served up a favorite song I hadn’t heard in a while, a joyous and upbeat tune filled with lines like, “Every ladder leads to heaven.”

And I started to cry. For the first time in months I found myself believing that our country can heal. And I suddenly realized who will heal it. 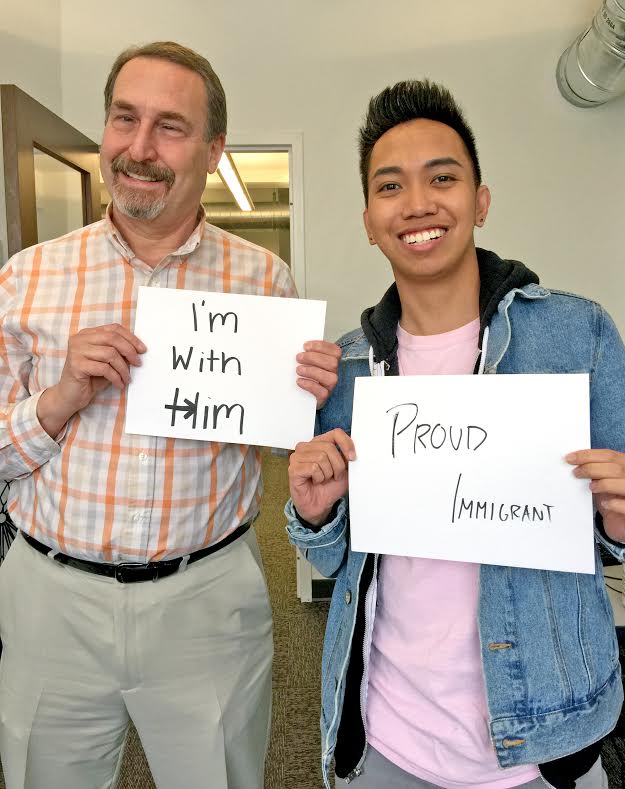 tanks or the political parties.  It won’t be old, white guys like me, though we’d damn well better stand up and be counted. And it certainly won’t be cable news pundits, though real journalists – the tough, unglamorous shoeleather reporters who insist on ferreting out facts people in power would rather we didn’t know – will absolutely play a role.

You’ve seen them already – in the massive Women’s March crowds, at the spontaneous protests at airports all over the country a few weeks ago, at town hall meetings where they’ve refused to let their representatives weasel out of answering tough questions about access to health care and other issues. They, too, are signs of an ecosystem beginning to heal.

At Greenlining, we want to be part of that healing. We’ll be fighting for sane, humane policies, both behind the scenes and speaking out publicly. Starting soon we’ll be using this blog to share news and upcoming events you can get involved in, in a feature we’re thinking of calling The Resistance Report.

But it won’t be us – or any organization – that saves this country. It will be people, millions upon millions who will never give up on the idea of an America powered by its hopes, not its fears.

Together, we will win. We will save America.