On Tuesday Uber’s employees received news they’re getting a raise.

Let me clarify that. Just Uber’s tech teams–the folks that work on product, engineering, and design–are getting the raises. These are the people that rake in six-figure salaries and give tech the image of being a tech bro culture. (According to Uber’s own numbers, nearly 85 percent identify as men, and just under six percent are Black, Hispanic, multiracial or “other”.)

Reason behind the raise? Buzzfeed News reported that internal Uber interviews showed that the company typically structures its employees’ compensation plans as “golden handcuffs” — meaning that the system incentivizes employees to stay on at a company, even if they’d prefer to go elsewhere, by providing packages lower in salary and aggressively weighted towards stock options. In an effort to rectify this, tech teams will receive either a five percent salary increase or will be bumped to the middle of their pay band, whichever is higher. Taking the average salary for an Uber software engineer listed on GlassDoor, $115,469,  that comes out to an increase of almost $6 thousand. 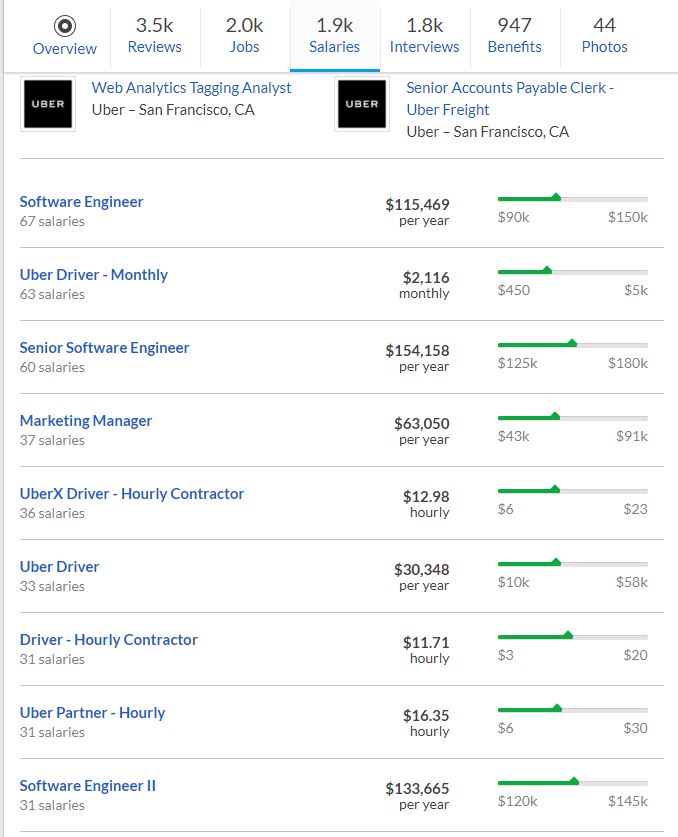 Don’t get me wrong. Companies need to respond to the needs of their employees. But I can’t help but be offended by the consistently non-inclusive nature of the company. If anyone needs to have their needs addressed, shouldn’t Uber’s drivers be the priority? Both tech workers and drivers made Uber’s vision for ridesharing a reality through long hours, hustle, and grit. The difference between them is that drivers do all of this without the protection, security, or benefits the tech bros get in heaps and bounds. Take a look at some examples:

If Uber really wants to revamp itself, as it says it does, it needs to demonstrate bold, visionary leadership. Moves like adding a tipping feature in the app are just too little, too late. As a leader in the gig economy, Uber has the power to revolutionize the field by offering benefits, stock options, a living wage, and professional development opportunities to drivers, and also by  addressing the growing displacement income inequality brings. (Check out and endorse the #NoUberOakland campaign to see our ideas of what the company can do.)

Uber needs to dig its head out of the sand and recognize that it will never shake its tone deaf — and frankly jerky — image if it continues to disregard the humanity and dignity of their drivers.