With the recent news that Richard Cordray, President Obama’s holdover appointee director of the Consumer Financial Protection Bureau, is stepping down, consumer advocates nationwide are preparing for another disaster-of-the-week. To follow up on #45’s perfectly awful pairings of cabinet secretaries to federal agencies they seek to dismantle (see: anti-public school advocate Betsy DeVos as Education Secretary, and EPA Administrator Scott Pruitt, whose previous experience included filing a lawsuit to increase toxic mercury exposure to kids), supporters of the key agency designed to protect against the dangerous and predatory financial products that fueled the 2008 economic crisis are cringing at the clown car of inappropriate replacements the White House is reportedly considering — a list headed by Office of Management and Budget Director Mick Mulvaney.

Mulvaney is reportedly a top contender to be the nation’s preeminent defender of consumers.  His qualifications? He questions the need for the agency’s existence and has called it “a sad, sick joke.” Practically speaking, Mulvaney carries advantages for anti-consumer interests since he could skip over the Senate confirmation process and immediately take charge of an agency that has already protected tens of millions of American consumers from unfair products and practices, securing $12 billion in repayments to repair financial harms caused by those misdeeds. 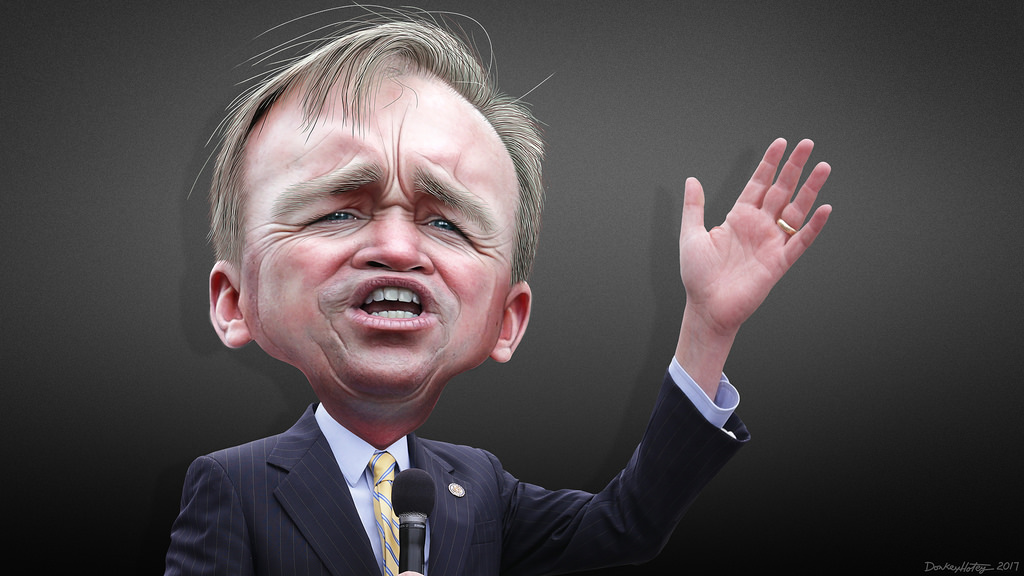 If there was any question which side Mick Mulvaney stands on, the ordinary American has much to fear given Mulvaney’s past record as both a radical right-wing congressman and the White House Budget Chief. He has pushed to eliminate “wasteful” programs such as Meals on Wheels” and after-school food for hungry kids. Putting Mick Mulvaney in charge of protecting consumers is like entrusting Dr. Hannibal Lector to perform surgery on loved ones in their most vulnerable state – bad things will happen!

CLICK TO TWEET: Mick Mulvaney has called the @CFPB, which protects consumers & communities of color, “a sick, sad joke.” Tomorrow, he may lead it.

The Greenlining Institute proudly supported the creation and stand-up of the Consumer Financial Protection Bureau over the protests of big banks, and under Director Cordray’s leadership the new agency has done an outstanding job addressing the real challenges that consumers face while balancing the legitimate concerns of banks and financial institutions. That balance will go grossly out-of-whack with the appointment of Mick Mulvaney or any of his peers who share his anti-consumer, pro-Wall Street agenda.

#DrainTheSwamp indeed. The American economy works better when financial markets work to serve, not harm, American consumers. The American people, particularly low-income Americans and people of color who have been historically targeted by unscrupulous financial firms, deserve to have their pocketbooks protected by a strong CFPB led by a director who genuinely looks out for the little guy.

Hopefully the Senate will demand that any new CFPB director that Trump nominates will actually have to believe in the underlying mission of the agency. Until then, it looks like the keys to yet another agency will be handed over to an avowed enemy of the people it is designed to serve, and we’ll just have to hope that the quack doctor does not harm too many patients before a physician truly concerned with consumer health can step back into the CFPB director’s seat.