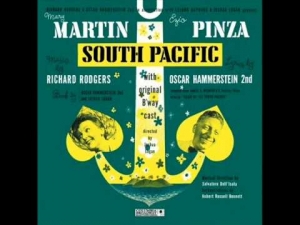 When I was in the 5th grade, my class put on an original play about the then-fanciful idea of a woman becoming president (this was a looooonnngggg time ago). I contribute lyrics to a modified version of The Air Force Song (“Off we go into the wild blue yonder…”) intended for use in the play. I’ll spare you the details, but my lyrics were an obnoxious collection of sexist stereotypes suggesting that women had no interests beyond makeup and perfume.

I had essentially no experience with adult women beyond my mother, an aunt or two, and a handful of teachers and other school employees, none of whom fit the stereotypes I was expressing, and yet those stereotypes came bursting out of me like a geyser.

American culture had done its work.

I bring this up because Greenlining’s president, Orson Aguilar, recently authored an op-ed column that appeared in newspapers around the country. The column addressed the much-discussed phenomenon of “angry white voters” and pointed out that the residual effects of centuries of racist policies still give whites profound advantages in this society – despite the challenges poor and working-class whites face in an economy that seems to be racing to the bottom in terms of job stability and worker rights.

Orson shared with me one of the responses he got, a long and impassioned email from a reader who was deeply offended by the column. What struck me about this response was that almost none of it addressed what Orson’s piece actually said. Instead, it was a diatribe against President Obama and pretty much everything he’s done, from Obamacare to Mideast policy. Among other things, this person wrote that “the vast majority of whites in the U.S. simply are so angry that our country has been ruined for most of the working public by Obama’s policies.” He went on to call Obama “some crazy fool.”

So what does this have to do with my little burst of childhood sexism? Unexamined assumptions.

From what he wrote, it seems our correspondent simply assumed that anyone bringing up racial injustice must be an unquestioning supporter of our first African American president. This person assumed that a denunciation of Obama’s nuclear deal with Iran was somehow related to the facts Orson had brought up about things like redlining and laws that once let labor unions exclude blacks. Strikingly, the writer didn’t say a word about these documented manifestations of white privilege or how their effects linger long after discriminatory laws were changed.

For the record, we’ve supported the Obama administration on a number of issues and criticized it on several others. And we’ve taken no position at all on the foreign policy questions that took up a good portion of this man’s rant. He also vented a lot about undocumented immigrants, seemingly unaware that it was Ronald Reagan (a white guy, I’m told) who gave amnesty to millions and white-owned businesses that often profit from exploiting undocumented workers.

I can’t say that I fully understand this individual’s thought process. But I do know that most of us carry around a lot of unexamined assumptions, often assumptions we picked up while very young and that we’ve never stopped to think through. We can’t help having been taught to hate, fear and misunderstand, but we can learn to stop, think, and question. And we all should do that more often.