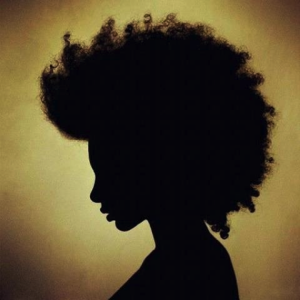 Over the past few weeks a lot of attention has been paid to sexual assault survivors, thanks in large part to the courage of “Emily Doe”, a woman attacked by the infamous Brock Turner on Stanford’s campus last year. Following the absurd, and disgusting, 6 month jail sentence by Judge Persky there’s been a flood of attention– from social media to the floors of Congress— on rape culture and its devastating effects.

I expected to be appreciative, even glad, of how the public is displaying compassion. After all, I’m a survivor myself and a Stanford graduate. Part of me is grateful, truly. But deep down in my gut, something about this conversation makes me feel very lonely and bitter. After deep reflection, I’m ready to share that this “something” is the racial inequity of my rape.

I was a young black girl raped by a group of young black men in blue collar Atlantic City. The act itself was horrific and created a type of pain I can’t quite articulate, but the aftermath of the attack has really been the most difficult to manage. For far too many victims of racial and sexual violence, there isn’t full recognition. Campaigns like #IAmEmilyDoe or #BlackLivesMatter don’t fully represent us. Instead, our stories get sorted into oversimplified categories and we’re told to focus on the “real issue”.

After 15 long years, I’m still reminded every day that I’m a survivor, a person of color– and a survivor of color. Here are a few examples of how this dual identity shapes my life:

Rape Trauma Syndrome, similar to Post Traumatic Stress Disorder, gave me major depression and general anxiety disorder. Mental health issues are notoriously taboo in the United States, and even more stigmatized in communities of color. Because my parents resisted psychiatric medication and the idea of “drugs turning me into someone else,” I didn’t receive proper treatment until I was 22. When I’m upset in front of them now, I can see that they’re frightened and may even consider me a little dangerous.

I’ve been really lucky to have supportive, patient boyfriends that accept me as a survivor. At the same time, I don’t think it’s any coincidence they’ve all been Type-B, short, and white. My shrink says I subconsciously protect myself by picking partners I find non-threatening.

Rape is one of most underreported crimes in this country, and black women are the least likely to break the silence. This comes from a complex history of protecting our men from (white) authority and the perception of our community as violent. I’m the first person in my family to graduate high school. At Stanford I felt the need to “prove” that low income people of color were just as intelligent as my wealthy, white counterparts. I didn’t make many friends and shared my story with just one other person there.

I’ve been sexually harassed in every single job I’ve had, just like all young woman I know. If it was a man of color, I either chose not to report or felt tremendously guilty. I convinced myself I was “taking away” a valuable advocate from our communities. Even now, I notice I avoid engaging with men in positional power at work. In my field, most leaders are men of color and so I get less exposure to opportunities. I can’t shake the fear they may assault me.

The truth of it is, it’s never gotten easier; I’ve gotten stronger. I face additional obstacles being a person of color, but I also know that the resiliency of my community instilled a sense of audacity and determination in me as well. My story isn’t unique–I’ve had so many conversations with folks experiencing intersectional violence that prove trauma doesn’t happen in a vacuum. Our identities as people of color, queer, disabled, undocumented, women, formerly incarcerated, and so on intersect and complicate one another. Many of us feel like we don’t quite belong anywhere, and are unsafe everywhere. We need to tell these stories and support one another. If not, we’ll continue to be pitted against each other for recognition from mainstream America.

If you’ve gotten to the end of this, I want to thank you for reading. I’ll end this piece with a quote from Dr. Brené Brown, “Shame needs three things to grow exponentially in our lives: secrecy, silence, and judgment. Shame cannot survive being spoken. It cannot survive empathy”.

When I tell my story I feel those burdens lighten. Knowing that someone might read this means more than you can imagine. Whatever your struggle, know that it matters. No one fights alone.

The Evolution of DEI at Deckers Brands

MacKenzie Scott Donates $2.7B to Charity; Here’s Which Organizations [...]