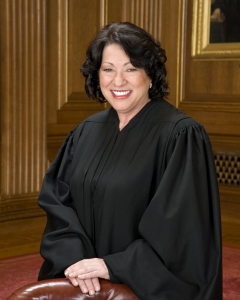 Coming back to work from a mini-vacation is tough. But coming back to work to disappointing news from the Supreme Court is even worse. Today, the Supreme Court upheld Michigan’s ban on affirmative action in public college admissions. The decision upheld a voter-approved change to the Michigan Constitution that (like California’s Proposition 209) forbids the state’s public colleges from taking race into account in admissions.

The court based the ruling on the process by which voters approved the change, shying away from the issue of racial inequality altogether. This ruling is a devastating blow to the many civil rights groups, especially here in California, who work to advance diversity in our colleges, workforce, and economy. It’s been hard to think of the words to express my disappointment, but Justice Sonia Sotomayor’s 58-page dissent in the ruling sums it all up, particularly the following excerpt:

“Race matters in part because of the long history of racial minorities’ being denied access to the political process. Race matters because of persistent racial inequality in society–inequality that cannot be ignored and that has produced stark socioeconomic disparities.

Race matters to a young man’s view of society when he spends his teenage years watching others tense up as he passes, no matter the neighborhood where he grew up. Race matters to a young woman’s sense of self when she states her hometown, and then is pressed, “No, where are you really from?”, regardless of how many generations her family has been in the country.

Race matters to a young person addressed by a stranger in a foreign language, which he does not understand because only English was spoken at home. Race matters because of the slights, the snickers, the silent judgments that reinforce that most crippling of thoughts: “I do not belong here.”

In my colleagues’ view, examining the racial impact of legislation only perpetuates racial discrimination. This refusal to accept the stark reality that race matters is regrettable. The way to stop discrimination on the basis of race is to speak openly and candidly on the subject of race, and to apply the Constitution with eyes wide open to the unfortunate effects of centuries of racial discrimination.

As members of the judiciary tasked with intervening to carry out the guarantee of equal protection, we ought not sit back and wish away, rather than confront, the racial inequality that exists in our society. It is this view that works harm, by perpetuating the facile notion that what makes race matter is acknowledging the simple truth that race does matter..

Today’s decision eviscerates an important strand of our equal protection jurisprudence. For members of historically marginalized groups, which rely on the federal courts to protect their constitutional rights, the decision can hardly bolster hope for a vision of democracy that preserves for all the right to participate meaningfully and equally in self-government.

Today is another reminder of why I am so fortunate to be a part of an organization like The Greenlining Institute, where we advocate for racial and economic equity day in, and day out. And it’s also a reminder of our collective responsibility: We’re here to challenge the fallacy that race does not matter – because we know it does, and our country’s history is living proof.