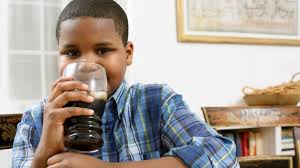 This weekend I attended the 10th annual Celebration of Black American History Gala in San Francisco and it got me thinking about the state of black life in the United States. More specifically, I started wondering about the health of black people, and where advocates like me should focus our time and energy.

I know it’s incredibly hard to organize people, let alone organizations, around a common issue or goal, but a new measure introduced by San Francisco City Supervisors has the potential to do so. I’m referring to the controversial soda tax, and why it’s a good thing for the dwindling number of low-income people and black people who still call San Francisco home.

San Francisco’s effort to curb the sale of soft drinks isn’t exactly a new public policy idea. Numerous cities have tried similar approaches before. In 2012, New York City famously limited the size of soft drinks served in restaurants, although a New York Supreme Court decision stalled the implementation of the law. Both of these laws target the soda industry because a growing body of research shows that high fructose corn syrup, a key ingredient in soda, can cause obesity, cardiovascular disease, and diabetes. For low-income people and people of color, many of whom lack affordable health coverage, these health issues often lead to death.

Obesity and obesity-related illnesses are staples of American culture. The United States has the highest obesity rate of industrialized nations, with more than one-third of adults considered obese. In California the situation is even worse. Over 70 percent of Hispanic and black adults in the state are overweight or obese, compared to 58 percent of white adults and 39 percent of Asian Pacific Islanders.

Childhood obesity rates aren’t much better. Almost 17 percent of Californians between the ages of two and four born into low-income households are considered obese – the highest rate in the nation. For Hispanic children below the ages of 10 and 17, the obesity rate is 40 percent – again one of the worst in the nation.

Statistics like these are the reason San Francisco, like other U.S. cities, is forging ahead with its soda tax initiative. Whether the city has the voter base or political support to implement the law remains to be seen.

Back in 2012, before I joined The Greenlining Institute, I spent a summer in New York City researching ways for city and state governments to promote healthier lifestyles amongst their citizenry. One of my top recommendations was a soda tax similar to the one proposed by San Francisco. I suggested the money raised through the tax be spent on nutrition classes for low-income students and their families and the restoration of physical education classes by the New York City Public School District.

Opponents of soda taxes usually characterize them as a tax on the poor. It was this messaging that helped defeat a similar proposal in the nearby city of Richmond in 2012. Statistics do show that low-income people and people of color are more likely to drink soda than their high-income and white counterparts. To make the tax more equitable, San Francisco officials should apply the tax to all sugar-sweetened beverages sold in the City, even those consumed by higher-income and white groups. Applying a consumption tax to energy drinks and coffee, in addition to soda, would ensure that low-income communities of color aren’t the only group affected by a tax hike. It would also highlight how unhealthy other sugar-sweetened beverages are, despite their popularity with higher-income earners.

SB 1000 would require soda distributors in California to post labels warning consumers of the potential side-effects of consuming too much sugar. This effort, when combined with a sugar-sweetened beverage consumption tax, could curb soda consumption and lower obesity rates in communities of color. After all, a combined public relations and tax increase strategy worked well in lowering rates of cigarette smoking in black, low-income, and young adult communities nationwide.

Black History Month may soon be over, but the fight for racial equity is ongoing. As racial justice advocates look at the year ahead, it’s imperative we support initiatives like the San Francisco ballot measure and SB 1000. Regulating soda consumption may not seem like a “black issue” but dig a little deeper and it’s clear that both initiatives could have big implications for our community. We should act accordingly.