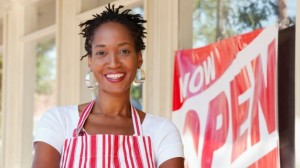 When people think of an organization influencing social policy, “business” is often not the first thing that comes to mind. But at Greenlining, we know that local and small businesses play an important role—not only are they pillars of their community and a boost to our economy, but they also help move the needle on policy.

This month, new research confirmed the impact of business as a social movement. Researchers found that the very presence of minority-owned businesses can help change laws relating to social policies and discrimination, especially at the local level. The study found that businesses from “challenger” groups—that is, an ad hoc group that challenges the status quo—can make a big impact. Their overall effect is the creation of financial and social capital that increases the challenger group’s acceptance and political clout.

In this case, researchers examined the effect of gay and lesbian businesses. They found that, in cities with greater numbers of lesbian and gay businesses, local governments implemented non-discrimination policies at higher rates. The existence of these businesses was connected to concrete policy wins.

These findings have powerful implications for racial diversity. Businesses owned by people of color can also move the needle. Just as gay and lesbian businesses do, they can donate to political campaigns. They can create relationships and tolerance between different communities. In short, they can also influence social policy.

One of the study’s coauthors, Stanford Professor Glenn Carroll, said to the Stanford Graduate School of Business, “Organizational diversity can also validate the social presence of the challenger group. The diversity of businesses is important because the more it resembles the outside community, the more likely you are to think it as part of the community.”

We’re always promoting the positive impact of diversity here at Greenlining! So I chatted with Professor Carroll about the significance of his research to other marginalized groups, especially communities of color.

I wanted to know: wouldn’t this study’s findings apply to communities of color, also “challenger” groups in their own right? When I chatted with Professor Carroll, he explained that, with only slight differences, “the argument should work the same way for ethnic communities as it did for gay and lesbian communities.”

He added that “if a community has a large and diversified commercial base, people begin to think that this community is not so different and that they should be given the same rights as everyone else.”

But to do this, they need to have the right tools to succeed. This means they need access to the capital and contracts that are the lifeblood of a small business. Only then, can we begin to have diverse businesses that actually reflect their communities, and help uplift them economically and socially.

Pay for student-athletes is a racial justice issue