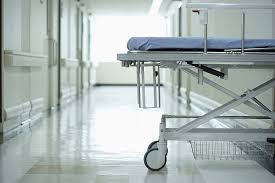 It’s not a surprise that the Hospital Council of Northern and Central California responded to our recent report on San Francisco hospitals’ community benefit spending and our San Francisco Chronicle column about it with its own column in the Chronicle. What is surprising – and telling – is that instead of addressing the substance of our questions, Hospital Association President Art Sponseller resorted to a series of straw man arguments designed to avoid the issue.

Sponseller spends about a third of his column listing good things that SF hospitals do, as if we’d claimed these institutions do no good work in their communities. We said no such thing, of course. What we said was that current reporting requirements don’t tell the public what it needs to know about the activities that are supposed to earn the huge tax breaks these institutions get by operating as nonprofits. Apparently, simply asking for a bit of transparency is Sponseller’s idea of a “political attack.”

While Sponseller broadly asserts that “these programs are transparent,” he oddly fails to discuss the specific gaps in reporting that our report identified. Generalities are nice, but hard numbers are better. And, as our report explains, we talked to community representatives who were part of this supposedly transparent process who had no idea how their input would be used. If there’s nothing to hide, why all this fear of enhanced disclosure?

And he rather strangely characterizes legislation we supported last year as an attempt to “upend an effective system.” Actually, all the legislation would have done is beef up reporting requirements so we know where the money goes, and promote activities that help communities stay healthy – activities just like the ones Sponseller touts in his column. We not only like those things, we think there should be more of them. The hospitals’ sky-is-falling response prompted one reporter who covers the health care industry (and who must, alas, remain nameless) to tell me privately, “You guys must be on to something.”

But the Hospital Council says we have “political motivations.” Fine. Here they are:

1)      We want clear reporting so that the public can know if the billions of dollars in tax breaks received by these Fortune 500-sized businesses actually come back to our communities as they’re supposed to.

2)      We want these huge hospital systems to help underserved communities stay healthy by supporting programs that improve access to healthy food, physical activity, safe housing and the other factors that keep people out of the hospital in the first place.

So if you think health matters in your community, read our report and our column, and then Mr. Sponseller’s response, and draw your own conclusions. We like it when these issues get aired fully.