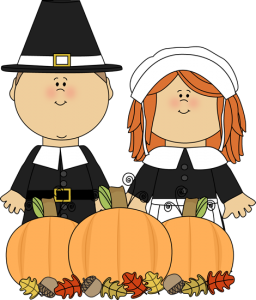 All across the U.S., families are getting ready to stuff themselves silly on turkey, cranberries and pumpkin pie to commemorate the arrival of our country’s first “illegal aliens.” Of course, we don’t say it that way, but it’s true, and it might be nice if we were honest about it – especially given the hysterical reactions to President Obama’s rather modest immigration reforms.

Those early English settlers, the “Pilgrims” around whom we’ve constructed an elaborate Thanksgiving story that’s in fact largely myth, seem never to have seriously considered getting permission to settle here, even though it wasn’t a secret that the place was already inhabited. By pretty much all accounts, they just assumed (as Europeans – and eventually Americans – commonly did well into the 20th century) that they had a right to plant themselves anywhere on the planet they wished, regardless of what any “savages” who already lived there might think.

Some might argue that this isn’t really comparable to our present immigration situation, since the Native American population was comparatively sparse (although not as sparse as is commonly believed, as documented in Charles C. Mann’s excellent “1491”) and the tribes didn’t have anything like a modern immigration system. Of course, they had no reason to think they needed one, since strangers weren’t exactly popping in from across the ocean every week. The bottom line is that the U.S.A.’s primary creation myth involves celebrating as heroes people who came here without permission, and who then proceeded to conduct one of the most thorough and successful ethnic cleansing operations in human history.

And while there were occasional periods of cooperation and relative harmony between the settlers and the native tribes, the ethnic cleansing actually began well before that first Thanksgiving. Howard Zinn’s “A People’s History of the United States” documents an English massacre of native people as early as 1585, before any permanent white settlements had been established in what was to become the United States.

After that, of course, it was mostly downhill. How easily we forget that Thomas Jefferson, that great apostle of liberty and democracy, called Native Americans “merciless Indian Savages” in the Declaration of Independence. Many more of the founding fathers made similar statements.

Immigrants coming to the U.S. in this century from Latin America, Asia and other parts of the world do so explicitly wanting to join in our society and become members or our communities, but those first illegal immigrants did indeed act very much like an alien invasion force. Ironically enough, it’s a pretty good bet that at least a few of the people screaming now about an “illegal immigrant invasion” are descendants of that first trespass that really did act like an invasion.