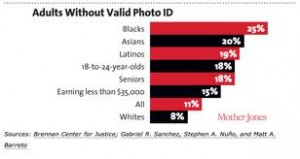 Yesterday, a federal judge struck down Wisconsin’s law requiring photo ID in order to vote. According to the Associated Press, “U.S. District Judge Lynn Adelman sided with opponents of the law, who argued that low-income and minority voters aren’t as likely to have photo IDs or the documents needed to get them. Adelman said the law violated the U.S. Constitution’s guarantee of equal protection.”

It’s a welcome decision, and the same fate should befall similar voting restrictions adopted in a number of other states. Not only did Judge Adelman agree with the evidence showing that such voting restrictions would disproportionately keep people of color and low-income Wisconsinites from voting despite being otherwise legally eligible, he went out of his way to note that the law addressed a nonexistent problem. “(V)irtually no voter impersonation occurs in Wisconsin,” he wrote, “and it is exceedingly unlikely that voter impersonation will become a problem in Wisconsin in the foreseeable future.”

Fortunately, here in California, we haven’t had these sorts of frontal assaults on the right to vote.  Instead we continue to expand access to our democracy, by doing things like making online voter registration available in 10 languages. True, sometimes progress is too slow, but at least we generally move forward rather than backward.

It will be interesting to see how the Wisconsin case and other disputes over voter ID laws fair as some of these rulings get appealed. Given that the Supreme Court saw fit to cripple the Voting Rights Act last year, I’m nervous.

Bank Regulator’s Battle With Anti-Redlining Law Comes to an [...] 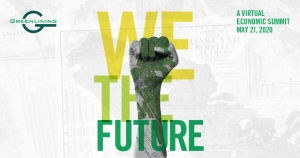 Key Details for Greenlining’s Virtual Economic Summit: We The [...]