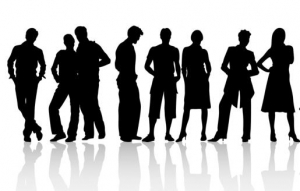 Earlier this week, Senate Republicans filibustered a Democrat-sponsored bill that would have made it easier for women to demand pay parity with their male counterparts. More specifically, the bill would have required companies to disclose the salaries of their workers and strengthened a worker’s right to sue their employer for persistent pay and career advancement discrepancies. While the bill did not pass its first legislative hurdle, Democrats hope that this temporary setback will pay big dividends by increasing the number of women who vote in the upcoming midterm elections. But which women are Democrats courting with the gender pay gap argument and whose stories are being lost in the process?

These are the questions I asked myself after watching and reading countless news stories about the gender pay gap this week. It may seem strange, but my work on issues affecting boys and men of color helped me understand what’s missing here.

As a man who was raised, mentored, and strongly influenced by women, I wholeheartedly support any efforts to dismantle the systemic and personal oppression women face on a daily basis. But, as a person of color, it is difficult for me to support politicians, activists, and advocates who endorse gender pay parity while simultaneously dismissing and overlooking the lived experiences of women of color.

That’s my biggest issue with the current gender pay gap narrative. This week, when President Obama spoke on the gender pay gap he mentioned that his daughters shouldn’t be paid less than a man for doing similar work. What he should have said is that his black daughters shouldn’t be paid less than white men, white women, or Asian women for doing similar work.

The most common statistic for the gender pay gap argument is that ‘for every dollar a man makes, a woman only earns seventy-seven cents.’ But this statistic is misleading, and only tells half the story. According to the Institute for Women’s Policy Research, for every dollar a white man makes, a white woman earns eighty-one cents, a black woman earns sixty-four cents, and a Latina woman earns fifty-four cents. Asian women earn on average eighty-nine cents for every dollar a white man earns. When you look at the gender pay gap across racial lines, it’s clear that both gender and race have an impact on women’s socioeconomic status.

I’m privileged to be part of an organization that not only supports gender pay parity, but also practices it. If you look Greenlining’s leadership team, you’ll see that the majority of our program directors are women. That’s rare, even in nonprofit circles. What’s even rarer is that almost all of them are women of color. Perhaps that’s why it’s frustrating to see the gender pay gap narrative neglect to mention the racial/ethnic aspect. I work with women of color everyday who face the dual stressors of living in a world that values both men and whiteness. Who advocates on their behalf? Where is their equity?

Perhaps with a little more prodding and pushing, next year’s Equal Pay Day will be more inclusive and focus on the unique challenges women of color face in achieving gender pay parity. After all, there seems to be a growing national dialogue regarding the lived experiences of boys and men of color. The White House’s My Brother’s Keeper initiative, while imperfect, at least acknowledges how structural inequities disproportionately affect youth of color. Greenlining is one of many organizations part of California’s Alliance for Boys and Men of Color, a statewide coalition that My Brother’s Keeper was modeled after. Like My Brother’s Keeper, the Alliance advocates for increased opportunities for boys and men of color.

The challenges facing boys and men of color deserve the attention they’re getting, but the struggles faced by women of color need attention, too.

This past week has shown me why it’s important to focus on the intersectionality of identities, especially when talking about social and economic inequities. It’s also shown me that equity for women, and for boys and men of color, cannot be achieved in silos. It must be done together, in coalition. This is difficult, because coalitions force people to set aside their own needs and wants in pursuit of a shared victory. But that’s what equity looks like, and that’s what progressivism is all about. So the next time politicians, activists, and advocates highlight the gender pay gap, it’d be great if they focused on the racial wealth gap too.