I want you to imagine that you’re back in college and halfway through the current semester. In three months there’s a final exam that every student is required to take. Your professor warned you early on that the final would be difficult, and recommended that you start studying early. To assist you in the process, your professor promised additional office hours, easy-to-understand study guides, and a large pool of graduate student instructors familiar with the information.

Unfortunately, that large pool of graduate student instructors didn’t pan out as planned, so you were left to your own devices. To make sure you’re prepared for the exam, you attend all the study sessions, ask all the right questions, and even do some additional research.

After all of your preparation, today is the day you’ve been waiting for. You walk into the classroom to take the exam, but once the professor hands out the test you notice something is different. Even though you’ve done everything in your power to prepare for the exam, all of the questions are in Spanish. Confused, you ask your professor if there’s mistake.

Instead of directly answering your question, she assures you that an English version of the exam will be available soon, and encourages you to try and take the Spanish version anyway. She offers her help with translating the exam, but with 150 students, you won’t have her undivided attention. Knowing this, you decide it’s not worth the effort, and quietly pack up your belongings and leave. Unsure of what the consequences of your actions will be, you patiently wait. 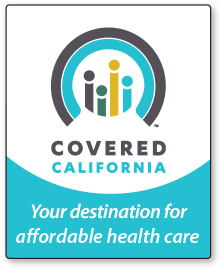 As of December 31, 2013, nearly 2.2 million people signed up for health insurance through either federal or state exchanges. Californians represent 22 percent of enrollees, with approximately 500,000 people enrolling in health care coverage under Covered California. While this is promising news, limited-English proficiency communities, most notably Spanish-speaking communities, aren’t enrolling. Latinos are the largest uninsured ethnic group in California, and are poised to surpass whites as the most populous racial/ethnic group in the state in March, so their low enrollment numbers are a sign that something isn’t right.

Part of the problem may be which age groups are actually signing up for health insurance. According to the Department of Health and Human Services, only 25 percent of enrollees in California were between the ages of 18 and 34 – well below the federal government’s 40 percent target. That’s actually not bad, as younger people were expected to be slow to sign up, but it does mean there’s some catching up to do.

In California, the average age for Latinos is 27, compared to an average of 44 for whites. Since they’re younger, more effective outreach to Latinos is an essential component of ensuring that the age and ethnic diversity of consumers enrolling in plans reflect larger state trends.

But if Covered California wants enrollment figures to mirror the state’s ethnic diversity, officials need to place a greater emphasis on making enrollment information available in multiple languages. Spanish-speakers, for example, represent almost 30 percent of the state’s population but only 5 percent of those who’ve signed up for health coverage. While Covered California has a Spanish website consumers can access, officials have been encouraging consumers to sign up by phone to avoid website crashes. But calls to Covered California’s Spanish hotline have waiting times of approximately 30 minutes, making it difficult for Spanish-speaking families and working people to enroll in health care coverage in a timely manner.

But not all hope is lost. Covered California officials recognize the lack of Latino engagement, and are taking steps to make it easier for Spanish-speakers to enroll. Earlier this month, Covered California released a Spanish language enrollment form for those who wish to apply via mail. Chinese, Korean, and Vietnamese language applications are also available.

Covered California officials are also committed to increasing the number of certified enrollment counselors, with many nonprofit and local agencies committing to work with the agency to increase community outreach efforts.

To increase consumer diversity, Covered California is also shifting its advertising focus. Instead of explaining why health care coverage is important, television and internet ads are now focused on telling consumers how to enroll in insurance plans. The new ads began airing this month, and are available in multiple languages. The federal government has also changed its advertising approach, enlisting celebrities and popular sports figures to encourage young Americans to buy health insurance.

The open enrollment period to shop for health insurance lasts until the end of March, which means that Covered California has a little more than two months to increase its outreach efforts to non-English proficient communities. The agency has already reached its enrollment goal for the year, so hopefully going forward more time will be dedicated to increasing enrollment in underrepresented communities.

Although slow in its efforts to engage non-English proficient communities, it appears that Covered California is learning from its past mistakes. Let’s hope that when the open enrollment period ends in March, consumers in California’s health exchange represent all of the state’s communities, and not just one monolithic group.