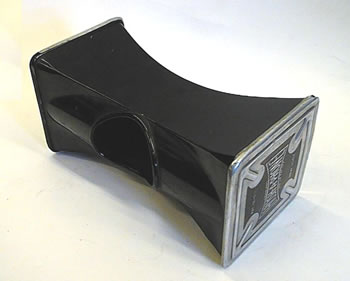 See that picture at the top of the post?  It will become important a bit later on.

So, it’s been just a few months since the D.C. Circuit Court of Appeals struck down the Federal Communications Commission’s Net Neutrality provisions, and it hasn’t taken very long for us to start seeing the effects of deregulation on the quality of broadband. There’s been a lot of discussion about traffic shaping—methods providers use to give some Internet traffic priority over other Internet traffic.  You may have already read stories alleging that in the absence of net neutrality protections, Netflix’s streaming video performance on both Verizon and Comcast appears to be degrading. While there’s no clear evidence, it could be that Verizon and Comcast are deliberately slowing Netflix’s traffic now that there are no rules preventing them from doing so (but Netflix is big and powerful enough that it may be able to buy its way out of this dilemma, and Netflix is starting to enter into direct traffic-management agreements with ISP’s like Verizon and Comcast). But I’d like to discuss an issue that hasn’t drawn as much attention—devices.

One of the FCC’s big net neutrality protections was this one:  net neutrality rules entitle “end users to both connect and use any lawful device of their choice, provided such device does not harm the network.”  It’s a pretty straightforward rule—if you have a device (like a computer, or a connected TV) that connects to your ISP’s network, your ISP can’t stop you unless you’re doing something “harmful,” like using your computer to send out viruses or spam.

Why did we have that protection?  It all has to do with the picture up top. That’s a Hush-a-Phone, which came out in the 1940’s, and went over the mouthpiece of your telephone so that people didn’t overhear your conversation. AT&T sued to try to prevent consumers from using the Hush-a-Phone on AT&T’s network. To make a long story short, the courts found that AT&T’s ban on the Hush-a-Phone was unreasonable, and that customers could attach devices to their telephones that did not physically impair the functioning of the telephone network. Essentially, the Hush-a-Phone case created one of the first net neutrality provisions.

As telecommunications technology has advanced, there’s been a lot of push and pull about customers attaching their own equipment to networks—try unlocking your phone sometime (actually, don’t, because right now it’s illegal) and you’ll see what I mean. But Hush-a-Phone, and scenarios like it, resulted in the FCC’s “any lawful device” rule—the rule that’s just been struck down.

Enter Comcast, which hates net neutrality regulations about as much as a telecommunications company can. When you purchase broadband from Comcast, they lease you a modem—usually for about seven bucks a month. A cable modem runs anywhere from 50 to 200 bucks, so if you’re going to sign a long-term contract, it makes sense to buy your own, which, under net neutrality rules, Comcast couldn’t stop you from doing. 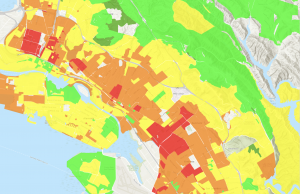