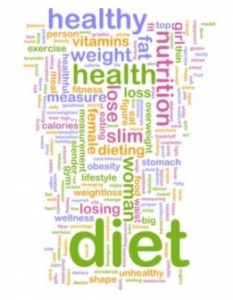 Workplace wellness programs have gotten a lot of attention lately and a conversation has finally begun on their effectiveness. Unfortunately, this dialogue is gaining traction after the Obama Administration’s release of final rules for these programs – rules that have a lot of problems.

Late last year, I and colleagues from Prevention Institute highlighted both cautious optimism and concerns in our report, Health Equity and the Bottom Line: Workplace Wellness Programs and California Small Businesses, and in an op-ed in The Hill. While workplace wellness programs can help in developing a culture of health within an organization, we had concerns that these programs are not based on best practices, could lead to back door discrimination, and that research does not demonstrate that they reduce health care costs. The recent release of a RAND study sponsored by the U.S. Departments of Labor and  Health and Human Services – mysteriously  buried for five months and only publicly released in late May, after the Feds released their final rules), only strengthened these concerns.

What did RAND find that kept the study hidden for five months? Essentially that workplace wellness programs have “modest effects” on health-related behavior and overall health outcomes.

Not mentioned in the RAND report are the concerns with back door discrimination and cost-shifting onto workers. The Federal workplace wellness rules have done one good thing: they require that incentives only be tied to participation, not health outcomes. This rule does help limit discrimination based on health status, but doesn’t eliminate discrimination altogether because not everybody is able to participate in these programs.

For example, think about the single mother who works two jobs to make ends meet, takes the bus as her main mode of transportation, and lives in a neighborhood without sidewalks. How will that mom find the time to participate in a workplace wellness program? Likely, she won’t — and then, because of the Federal rules, her employer could increase how much she pays for her health insurance by 30 percent or more. This doesn’t save money—it just shifts the cost onto the employee and discriminates against those whose life circumstances make it difficult to participate. A 2010 Washington Post article highlighted this issue, reporting  that American families with average health benefits could have $6,688 a year riding on blood tests and weigh-ins.

With little to no evidence that these programs work, and the increasing evidence that incentives punish without improving health, it appears problematic that workplace wellness programs continue to gain popularity. Luckily, all of these concerns are getting traction. While a little late, I hope that the conversations developing from these findings will lead to real policy change.