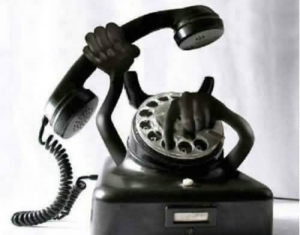 Here at Greenlining, we are generally very skeptical about telecommunications mergers. Our opinions about mergers range from “this is irredeemably terrible” to “this is terrible, but we might be able to fix it,” to “we’re cautiously optimistic, but we still have some concerns.”

Today, for the very first time, I am super excited about a merger—specifically, SoftBank’s purchase of Sprint. The Federal Communications Commission approved the transaction on Friday, and when I read about it, I jumped up out of my chair. (I did not, however, dance a goofy dance). Why am I so excited about this merger?

Well, this isn’t the first time that SoftBank has entered the wireless market. A while back, the Japanese wireless market was dominated by two companies, who charged excessive prices and provided inferior service. People didn’t like it, but they were the only game in town.  So SoftBank (led by its founder and CEO, Masayoshi Son, whose history you should definitely check out) bought some infrastructure and started offering wireless services. At a price that was—get this—a third of the price charged by the larger carriers.

The result, was, predictably, pandemonium for the large carriers. Son had essentially called their bluff about what wireless service should cost. Given this new SoftBank upstart, the old guard carriers had no choice but to lower their prices and improve their service. As a result, everybody’s wireless bill went down. (In the antitrust world, we call this scenario “market disruption”).

The U.S. wireless market is currently dominated by AT&T and Verizon, who charge ridiculously high prices and deliver pretty inferior service. We have some smaller competitors, one of them, notably, is Sprint. Sprint has always done its best to disrupt the market, but hasn’t had the resources to really go after AT&T and Verizon. Additionally, Sprint’s shown an increasing commitment to supplier diversity, something that’s particularly important to Greenlining.

(Full disclosure: I’m a Sprint customer, and I’m very happy with them).

As a result of the Sprint/SoftBank transaction, Sprint is a company that now has the power to significantly disrupt the market, and will be guided by a man who isn’t afraid to shake things up. Will we get cell phone prices that are a third of current prices? Well, in all honesty, probably not.  There’s a risk that Sprint will become a “third” AT&T or Verizon, and things will stay the same. I don’t think that’s likely—but, as always, we’ll be watching them closely.