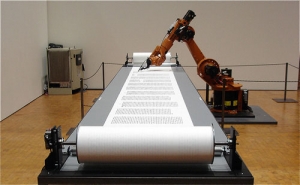 About 30 million consumers—nearly one out of every 10 Americans—have accounts in collection, totaling $1,500 on average. This means that, in the hands of an unscrupulous debt collector, debt can make life hell for millions of consumers. Abusive debt collection practices run the gamut from debt collectors posing as a consumer’s Facebook friends to trying to collect on debt that isn’t actually owed. But perhaps the most insidious are debt collection lawsuits.

I recently met with Alison Cordova, an attorney who helps people with debt collection matters. Clients often come to her because debt collectors have sued them. In the worst-case scenarios, clients come to her after missing their court date. The reasons include being improperly served with legal papers, not understanding what the papers meant, mental health issues, or plain intimidation and shame. Once that happens, the debt collector gets a default judgment – that is, an automatic win.

That automatic win gives debt collectors the power to freeze bank accounts or garnish wages. It blights a consumer’s credit report and with it, access to housing, employment, and credit. In some cases, a consumer never even knows it’s happened until the collector has direct access to their paycheck or assets. As Alison said, “It can come back to bite you after so many years, so completely out of the blue and out of your control.”

Why does this happen? Creditors, including the largest banks in the country, accumulate old debts they no longer expect to collect. The creditors then cheaply sell the debt to debt buyers, washing their hands of liability for any incompleteness or inaccuracy in the debt file. The debt buyers then take this limited information and go after the consumer. Much of the time, the debt buyers can’t actually prove the debt in court. But this doesn’t stop them from filing lawsuit after lawsuit, and cutting corners along the way.

This problem pervades low-income neighborhoods and communities of color, who have been historically targeted by banks’ redlining for decades. More recently, these same communities were disproportionately hammered by the financial crisis after being targeted by subprime lenders.

The practice of abusive debt collection was recently spotlighted in New York, where about 200,000 debt collection lawsuits were filed against consumers in 2011 alone. The bulk of the lawsuits were clustered in non-white, low-income neighborhoods. And in California, where people of color are the majority, debt collection hurts our entire state. By abusing the legal system, debt collectors siphon millions of dollars out of the very communities that can’t afford the loss.

California is beginning to respond. Attorney General Kamala Harris, for example, is filing an enforcement action against JPMorgan Chase for fraudulent debt collection practices, including robo-signing and “sewer service.”

And Governor Jerry Brown just signed the Fair Debt Buying Practices Act, which requires a debt buyer to have certain essential information before collecting. It also requires debt buyers to produce certain documents before getting a judgment to show that they are suing the right person, for the right amount, on a real debt.

Things are in motion at the federal level as well. The Consumer Financial Protection Bureau (CFPB) just released a report on the enforcement of the Fair Debt Collection Practices Act. The CFPB also recently announced that the Feds would start supervising certain debt collectors for the first time. Director Cordray has stated that the CFPB will “root out” the debt collectors who “seek to gain an advantage by ignoring the rules.”

Banks are showing signs that they realize things are no longer business as usual. In the face of mounting state and federal scrutiny, Wells Fargo is halting its debt sales. Other big banks, like Citigroup, are at least slowing their debt sales to third-party buyers. (Any company in the business of selling debt would do well to refer to the Office of the Comptroller of the Currency’s best practices for debt sales.)

At Greenlining, we have a simple message: If debt collectors want consumers to pay, they have to play fair. But until regulators crack the whip and stop abusive debt collectors, check out these tools from the CFPB that can help you protect yourself.