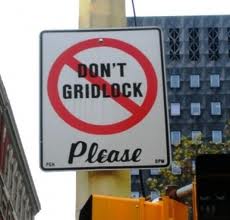 As my colleague Mark Garcia pointed out the other day, Congress is in the midst of a theatrical showdown which could well result in a government shutdown and might leave the federal government unable to pay its bills in mid-October, with all sorts of terrible consequences.

And it’s all for nothing. We know how this story must end. Eventually, Congress will pass the legislation needed to keep the federal government running and paying its debts, and the Affordable Care Act will not be repealed or defunded. But a lot of time will be wasted on empty theatrics, with possible serious damage to the economy while real problems go unaddressed.

So, Congress, let’s talk about what you’re not doing while absorbed in this nonsense. For example:

Mark Twain once wrote, “I believe the Prince of Darkness could start a branch of hell in the District of Columbia (if he has not already done it), and carry it on unimpeached by the Congress of the United States.” Isn’t it about time you made at least a small attempt to prove him wrong?