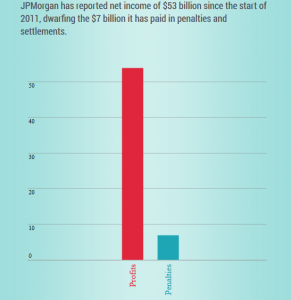 Homeowners who were foreclosed on between 2008 and 2011 have recently started receiving their checks from the National Mortgage Settlement. Unfortunately, these checks will do very little to soothe the financial pain of these households, which were much more likely to be households of color. That’s because the checks are approximately $1,480 according to the official settlement website . That won’t even begin to repair the damage done to those who lost their homes during the housing crisis and were forced to find other places to live. Frankly, the amount is so small it seems to be more of an insult to the victims of the housing crisis than anything else.

The National Mortgage Settlement was negotiated by 49 state Attorneys General in response to  “robo-signing” and other illegal or unscrupulous mortgage servicing practices. These practices typically involved unresponsive bank employees and lost documents that made it extremely difficult for homeowners to keep their homes. There were also reports of banks foreclosing on borrowers while they were also working to modify their loan, a practice known as “dual tracking” that is now illegal in California.

When the government agreed to let homeowners get a little compensation, it allowed financial institutions, which are hugely profitable right now, to get off with extremely minor consequences. For example, JPMorgan Chase has been posting record levels of income in 2013, to the tune of $6.5 billion in the second quarter and $53 billion since 2011. JPMorgan Chase’s second quarter profits alone are nearly six times that of the $1.5 billion that foreclosed homeowners will receive in lieu of foreclosure in this settlement.  Clearly, this settlement won’t even be a hiccup to these institutions.

There are other settlements related to shoddy mortgage lending and foreclosure practices, so some affected homeowners may receive more than $1,480 in total, but the low level of consequences for financial institutions is still an important issue. This new settlement trend creates a disturbing precedent: banks can simply pay the (relatively nominal) fees to compensate for illegal behavior.

Greenlining has been critical of this and other settlements.  The government must do more for Americans  who lost their homes to predatory lending and illegal foreclosures. Furthermore, no business or individual should get away with fraud, especially fraud that drains over $7 trillion in wealth from consumers. If these actions go without substantial punishment, it will continue to send a signal to banks that it’s okay to break the law as long as you have the money to pay for it.

We will continue to push all levels of government to bring real relief to homeowners in the wake of the crisis. Yet it is equally important to discuss rebuilding communities that have been devastated. That’s why the Administration cannot stop with an unfinished housing plan. American consumers are still hurting while banks flourish. Communities need credit, they need real protections, products that sustainably work for their books, and governments that will not only fight for them, but ensure they have a way to thrive.