SAN FRANCISCO — Four years after pledging to change the face of technology, the industry is still struggling with too much discrimination and too little diversity. Now civil rights leader Jesse Jackson is calling on companies to redouble efforts to include more women, African Americans and Hispanics and release better information on the progress they are making.

“It’s time to take stock of what has been done; what has worked and what hasn’t,” Jackson wrote in a letter to Facebook, Amazon, Google, Apple and other major companies obtained exclusively by USA TODAY.

The letter, which requests a number of new pieces of information from tech companies, was also signed by five groups advocating for greater diversity in tech, including the Kapor Center and the Greenlining Institute.

“Companies must set specific, quantifiable diversity and inclusion goals, targets and timetables,” Jackson wrote. “Without them, the ability to measure and be accountable for progress will be difficult.”

The renewed push reflects growing frustration with how tech is addressing one of its greatest challenges in an increasingly global marketplace. The high-paying, fast-growing industry, mostly staffed by white and Asian men, is leaving out women, African Americans and Hispanics. And diversity activists say companies are deliberately withholding critical information and fudging demographic statistics to mask the extent of the problem.

Their proposed fix: for more companies to make public the annual reports they file with the federal government on workforce demographics broken down by race and gender. Fewer than two dozen companies have published these reports called EEO-1s, some of them only under duress. Many companies such as Tesla have refused to disclose any demographic information at all about their workers.

In the letter, Jackson and other diversity advocates asked those companies that have not released EEO-1 reports to produce them for the last four years.

They also asked companies to disclose the number of new hires made over the same period, broken down by gender, race and ethnicity; employee retention rates by race, ethnicity and gender; affirmative action plans and spending on suppliers from diverse backgrounds; and details on diversity and inclusion policies and practices.

Pressure for increased transparency comes amid a broader backlash against big tech, from the White House to Capitol Hill and from the consumers to investors.

At the same time, recruiting and retention efforts to re-engineer demographics to include more women and people of color have subjected companies such as Google to sharp criticism — sometimes from within their own ranks — putting tech’s big names in the cross hairs of the nation’s culture wars.

It was never much of a secret in Silicon Valley that tech companies had very few women, African Americans and Hispanics. But tech CEOs refused to supply basic information on the demographics of their companies to the public, calling it a trade secret.

Activists such as Jackson waged campaigns for years, arguing that making the information public was necessary to shake up the industry’s lopsided demographics.

Google began publishing the demographics of its workforce on an annual basis in 2014. Soon other top tech companies followed suit, revealing an industry at odds with America’s growing diversity.

Nationwide, the industry is 74% male, 69% white and 21% Asian, according to a report from the Kapor Center for Social Impact. In Silicon Valley, blacks and Hispanics make up between 3% and 6% of workers, and women of color are 1% or less. These groups are represented across other industries at much higher rates consistent with their proportion of the overall U.S. population, which is half women, about 13% black and nearly 18% Hispanic, according to 2016 U.S. Census Bureau estimates.

Not only are women and people of color hired in lower numbers than white men, they also leave tech at a much higher rate. A recent analysis by the non-profit Ascend Foundation indicated that the number of black and Hispanic professionals in Silicon Valley’s tech sector declined over the past eight years.

Despite pledges, diversity advocates say too few CEOs have made diversity an urgent business priority. Diversity staffers are given little in the way of resources and authority. And, advocates say, diversity data is too easily manipulated to make it seem like companies are making more progress than they actually are.

In its diversity report issued in March, Twitter claimed 12.5% of its employees are “underrepresented minorities” — which Twitter defined as non-white and non-Asian — up from 11% in 2016. But that percentage included people who declined to state their ethnicity in Twitter’s internal survey. When called out by tech news outlet Recode, Twitter deleted that section of its diversity report.

Loretta Lee, who sued Google in February alleging she was subjected to repeated sexual harassment by male co-workers, claims her former employer would lump designers with engineers to inflate its diversity stats.

“I can recall hundreds of engineering teams, just off the top of my head, but none that had more than one female software engineer, including my own, and most had zero,” she wrote in a blog post.

For example, pie charts focus on race and gender, but not on the intersection of the two: women of color. EEO-1 reports exclude anyone with a non-binary gender identity. And EEO-1 job categories don’t match job categories at tech companies, making it difficult to glean anything but broad generalities. Also missing from the current disclosures: pay and stock option gaps for women and minorities and the “cap table” — the percentage of ownership and equity in companies.

New pushes are underway to create a standardized methodology that would increase transparency.

The Alliance Working Group on Diversity and Inclusion, led by Harvey Mudd College President Maria Klawe, is exploring the creation of an organization that would provide diversity and inclusion ratings to start-ups, venture capital firms and tech incubators. And three tech workers created the “Dear Tech People” diversity ranking of 100 small and medium-sized tech companies by scouring tens of thousands of LinkedIn profiles.

The challenge is getting the industry to adopt a single standard, says Tracy Chou, who helped spur the industry to take action on diversity with a spreadsheet in 2013 to track the small numbers of female software engineers at tech companies.

“If there were an industry governing board as in medicine or law, they could be the one to do it,” she says, “but that doesn’t exist in tech.” 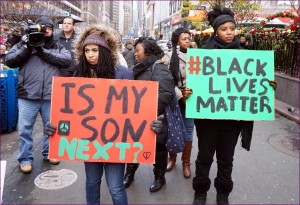 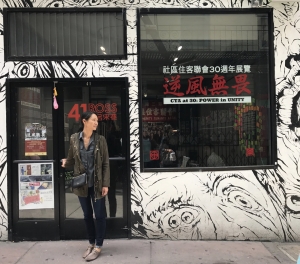 Standing with the Asian American Community Against Racism, Hate [...]